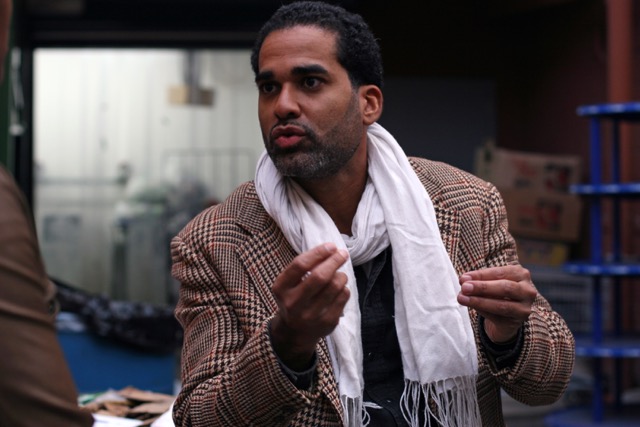 Comcast Releases a New Film for Thousands to Watch

Spotlight on February 26, 2018 0Likes At The Movies
ShareTwitterFacebookInstagram

The Executive Director of Multicultural Consumer Services for Comcast, Keesha Boyd, discusses with ATM about Comcast’s new short film. “The Groundbreakers: Heroes Behind the Mask” is a 12-minute short film by independent filmmaker Andre Wilson that shines light on pioneers in sci-fi and comics in the black community. A short film that started as an idea has moved to the homes of over 22 million. This film features some behind the scenes pioneers such as Black Panther’s costume designer Ruth Carter, Disney’s first black animator Floyd Norman who was behind the Mulan Franchise, and the Luke Cage’s showrunner, Cheo Hodari Choker.
ATM: Explain the vision for this film.

KB: Every year around Black History Month we try to honor and work with the black culture. Last year it was clear when everything started getting announced about Black Panther. One of the things we try to do with our platform is to focus on the content. We tried to figure out those things that have not been told about sci-fi and comics. This led us to telling a story of some amazing and talented African American creatives who were behind the scenes. Also, they were behind the scenes making our heroes super. This is where we started. This led us to the talents of Phillip Boutte Jr., established talent like Ruth Carter and Floyd Norman.

ATM: Describe to the world how this film will encourage the African American community.

KB: The hope is that creating awareness of the pivotal roles these creatives are playing will inspire the next generation of storytellers and creatives.

There was a gentleman that worked with the Boys and Girls Club in Harlem out of just doing a campaign to raise money for his group of young people to go see Black Panther. He was able to get the attention of Ellen DeGeneres, which helped them raised more funds. They are now starting this program called Storytellers, which will set up a whole group of the next generation of storytellers.

ATM: Explain why this film is coming out now and has not come out during previous years while Black History Month was occurring.

KB: That’s a good question. Over the past few years it is starting to be more content in the media starring African Americans in lead roles. I think the appetite for more content is continuing to grow. I think for the perspective of Comcast and what we are trying to do every year is focus on what is relative to the community. Breakout hits like Black-ish, Grown-ish, and Empire are pushing these trends and creating the desire to see more. It really opens the gate for us to think about what other content we can put in front of audiences. We like telling these interesting stories through the lenses of independent filmmakers and collaborating with the independent filmmakers such Andre Wilson.

ATM: When did you decide to launch this short film?

KB: This was a brainstorm of a lot of teams. Also, including my team. The middle of last year is when we really started. Every year we always make sure we have historical information available for our customers. When it comes to pulling forth about history in the making and stories of now, you have to start thinking in advance. There are so many angles you can take.

ATM: How do recent films such as “Blank Panther” help the short film?

KB: In my mind it is a bit of a companion piece. This short film gives your insight about the behind the scenes of the film. You have the mention of Ruth Carter who is the costume designer for all the beautiful costumes you will see in the film. Bouttee Jr. who is in the film talks about working with her as the illustrator. He drew the illustrations of the costumes. You have folks like Floyd Norman, who is the first black animator at Disney. He was the animator behind the fantastic franchises like Mulan. Showrunners like Cheo Hodari Choker who has breathed a whole new life into Luke Cage.

ATM: How did you condense it all into a 12-minute short film?

KB: That’s a great question. We had a lot of footage. It was enough footage to create a longer anthology. Maybe someone else can take the ball and run with it. It was tough because there are more of us than people know that are behind the scenes. This is a great problem to have.

ATM: Since this is the time for women liberation in entertainment. There are people such as Oprah, Ava DuVernay, who are creating more jobs for women behind the scenes. This even goes to women of color. Are there more black women that you did not cover or may have cut the footage for?

KB: Yes, there are more black women behind the scenes.  No, we did not cut any additional footage of black women. You hit on something very important, which is we established black women in entertainment creating more opportunities for black women. It is through their efforts that you start to see the elevation of women to work on projects that they might have not been able to work on before. Our 12-minute film only scratched the surface. We will continue to look at great folks like Ava DuVernay and Oprah to shed or broaden the light in spaces where it has been dark. The awareness of this content is available in over 22 million homes and will create curiosity.

ATM: After the film airs, what will Comcast’s next installment be for the black community? Are you going to continue to convey the same message Groundbreakers: Heroes Behind the Mark sends or will you start another project?

KB: Great question. Groundbreakers is a film we will celebrate throughout the year. We are highlighting Groundbreakers this month to our heroes and historical heroes. Going forward we are looking at heroes from a variety of different lens. This could include music or sports. You will see some fun collections that will come out this year. Our focus this year are telling stories that have not been told or telling it through a different lens. We have a destination on OnDemand called Black Film and TV.

ATM: After watching this film, how did your perspective of the black community in entertainment or in general change? Did it change at all?

KB: I learned through this project. We had a phenomenal producer that worked with us on this project. I knew about Ruth Carter, but I did not know about Phillip Bouttee Jr. I knew about Cheo’s work for Luke Cage, I was just introduced to Alicia Martinez’s great work.

Independent filmmaker Andre Wilson delivers a great film “The Groundbreakers: Heroes Behind the Mask” to share the industry African American creatives behind some of the most popular films. This film explores different angles of how different positions work to produce films such as ‘Blank Panther,’ Netflix show ‘Luke Cage,’ and Disney’s ‘Mulan’ television movie. These African American creatives play a vital role in how the audience enjoys the film. From black animators to black showrunners, this film takes us through an avenue of the importance of people behind the scenes.

HBO’s Random Acts of Flyness and Its Controversy