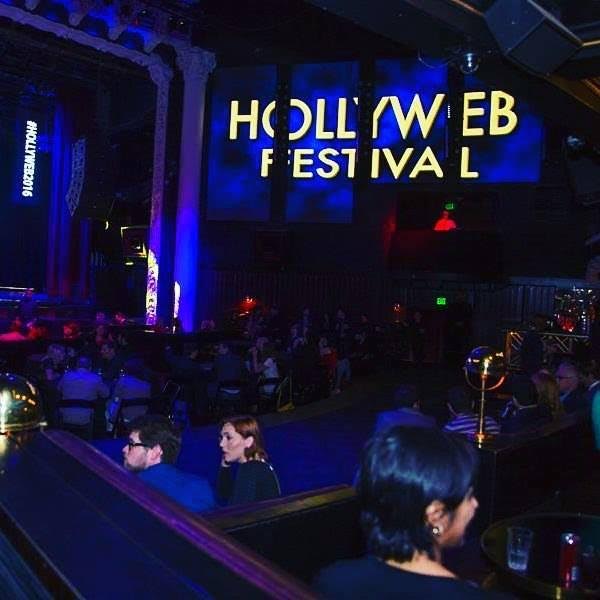 Screening on March 27, 2018 0Likes At The Movies
ShareTwitterFacebookInstagram

Hollyweb Festival’s Event Coordinator Jonathan Robbins discusses with ATM on what to expect at this year’s 8th Annual event. In previous years, Robbins has worked as a panelist and has worn many other hats. The festival is for people to receive more exposure to the public for their hard work in digital content. Robbins says, “Hollyweb is a digitally focused festival. All the content that we screen is digitally nature or originated as a digital series. We used to be called Web Series Festival, which was 8 years ago. This is the first year we have added digital short films.” The festival recently relocated to the AMC at University CityWalk in Los Angeles, California to give their participants more access to the public.

Robbins is excited for this year’s festival because people are in for a surprise. “They should expect to see original content that is dealing with characters and story-lines that they did not get from the mainstream. People use the digital platform as a method to bypass the gatekeepers. They did not need to answer to executives or concern themselves with a project being financial valuable. They take it directly to audience to let them decide that,” says Robbins. He reminds us of the beginnings of Issa Rae’s popular series. The popular HBO series “Insecure” all began with a small vision at the Hollyweb Festival as “Awkward Black Girl.” Majority of the content premiering at this festival has a chance to “be the next big thing”.

There will be over 100 digital content submissions to the public for those who are intrigued about film formatting and television. “Stranger Things” and previous “Orange is the New Black” actor Catherine Curtin will be in some of the digital content shown. Other notable celebrities in the industry will Richard Hatch, who passed away last year. His independent project in this year’s festival is his final goodbye to his fans. Allison Janney will also star in a few digital projects.

The Hollyweb Festival is an event for the everyone to come enjoy. A place for new independent filmmakers to network to find their way. People will be excited to attend this year’s event because there will be so much content that has not been released or premiered anywhere else. The creators for this year’s 8th Annual festival ranges from 14 different countries. The Hollyweb Festival is scheduled for April 5-8, 2018

DEFINING US: CHILDREN AT THE CROSSROAD OF CHANGE Make its US Premiere at the 25th Annual Dances with Films Festival