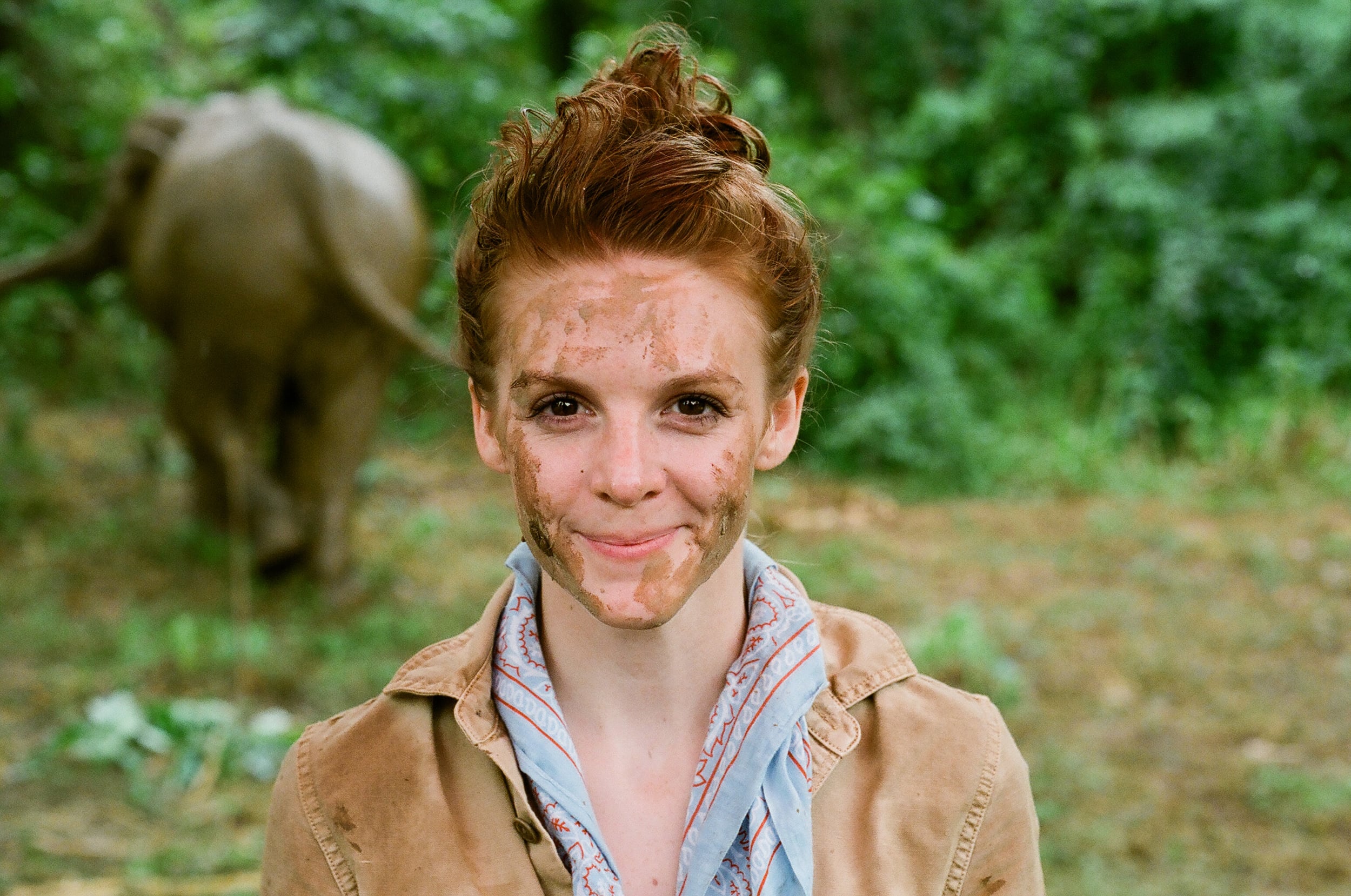 Reel 2 Real on April 26, 2018 0Likes At The Movies
ShareTwitterFacebookInstagram

Love & Bananas: An Elephant Story is a documentary about the lives of elephants in a third world country. American actor Ashley Bell is the director, screenwriter, and producer on this film, which is her debut film. Bell is more familiar with taking on acting roles in major films. She played in both The Last Exorcism and The Last Exorcism II. She holds an MTV Movie Award for Best Scared-As-Shit Performance. In this film, Bell fights courageously to lead these elephants to safety. While doing so, she builds a strong bond that lasts forever.

ATM: Tell us about your vision for Love & Bananas: An Elephant Story.

AB: We sat out to ignite a new way of thinking about animal protection and conservation and to raise awareness for the unnoticed elephants. We rescued a 70-year-old partial blind Asian elephant. We had to drive her 500 miles across Thailand to freedom to an elephant sanctuary.

ATM: How did this documentary change your perspective as a director or as the actor that works in the film industry?

AB: I am primarily an actor. This is the first film I have written, produced, and directed by myself. Acting means everything to me and still does. There was a tepidness to finding my true voice. I had been working on this film for five years. I had to hold on to the story for five years. I had to fight to make this happen.  This film has had a lot of supporters.

ATM: What do you expect an average audience member to get out of this film?

AB: We have launched an impact campaign because it is a cause-oriented film. The film puts the power in audiences. This could help save an elephant, in addition to riding a bike for elephants or running a 5k for elephants. Go to our impact page loveandbananas.com. People can sign a humane traveler petition. We have social media to help and a fundraising sector for an elephant in need. You can bring this film to a community near you such as libraries, schools, or community centers.

ATM: What began your interest in animals?

AB: I was raised as a vegetarian. My parents always raised me to be eco and environmentally aware. This has always been a part of my life. A close family friend owns the Cambodia Wildlife sanctuary. They rescued the first two elephants to be released. I wanted to tell this story. I thought it was going to be a wonderful and a happily ever after moment. However, the elephants were unhealthy and lived in horrific conditions. They were covered in scars, abscesses, and pressure wounds. The forest was being illegally logged. No one could take a deep breathe because the forest was covered in smoke. This allowed me to understand more about deforestation. The reality of what these endangered species are experiencing made me feel like taking an initiative to do something.

ATM: Take us through a day in post-production.

AB: It was crazy. When I first came home there were 75 hours of footage. I had to transcribe it all. I dedicated two weeks to logging all the footage every minute. We collaborated with a phenomenal documentary writer Fernando Rossi. He took us through a few exercises on the components of objective and character. For the editing, I worked for Change for Balance who also shot the film. They are in Orange County. I woke up every day at 5 am every morning to get there around 7 am. This all occurred for a few months and then we had a film (chuckles). The filming of this movie was terrifying and excitingly unpredictable. Asian elephants will always be a domesticated species. They are wild animals. Every hour there was a fire to put out. It is very scary take a 5,000-pound elephant 500 miles.

Love & Bananas: An Elephant Story explores the harsh danger of elephants in Cambodia. Bell takes on an authoritative role to help rescue them to safety. One elephant Nola caught her attention and still have been on her mind after the filming of this documentary. An individual can learn how these endangered species are treated daily and think about other domesticated animals all over the world.