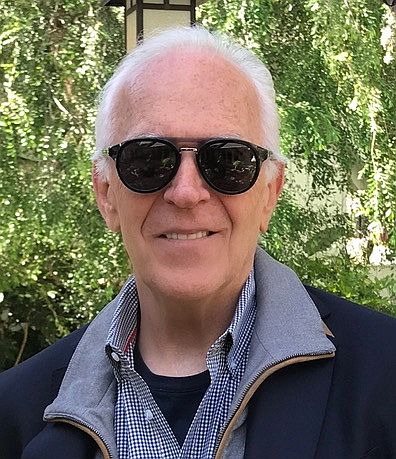 Spotlight on May 2, 2018 0Likes At The Movies
ShareTwitterFacebookInstagram

Vision in Media: His life and his career to date.

Spencer Proffer, an American music and media producer extraordinaire, has worked with some of the most respected and acclaimed talents in the history of the modern music industry. Some of these artists include Stevie Wonder, Tina Turner, B.B. King, Graham Nash and Billy Thorpe. His first step into the high rungs of the music world came when, at age 23, he was selected by legendary icon Clive Davis to work for him at CBS Records.

Proffer’s gives us a look into his illustrious and visionary career. He is working on a number of important films, documentaries and events, all of which he hopes will make a dent in pop culture and gain attention for their entertainment value and meaning.

Currently, he is producing a one night theater event at over 700 AMC, Regal and Cinemark theaters this August 16th along with the Authentic Brands Group through Fathom Events. It will showcase Steve Binder’s iconic ’68 NBC Elvis Presley Comeback Special. Proffer and Binder are also publishing a tabletop book, designed by Hugh Syme and written by Binder on his experience with Elvis.

One month before the 2018 mid term elections, he and Beth Broday are producing Film Forward: A Social Impact Film For A New Generation.

Proffer is well known as a creative, passionate artist while his education, brains and integrity show him to be a very astute and fair businessman. He has always followed his heart and dreams in his work and personal life. He is happily married to author and book publisher Judith Proffer. He speaks proudly of his two grown sons, Sterling and Morgan, with whom he shares a lifetime of love and friendship.

ATM: Tell us about your first entry into the music world when you were in the UCLA Spring Sing contest in college.

SP: I got involved in the media world sideways at UCLA. My best friend at the time and I won a songwriting competition our first year at university. My pal Jeff and I played a couple of guitars and sang a silly song that we wrote which won a talent competition called Spring Sing. This gave me the first opportunity to go into a recording studio at 17 years of age and make a demo recording of the song. We got a singles deal at Capitol Records. Our track went nowhere but to the marketing department of a local radio station and was used as a jingle.

ATM: Do you believe that you would be where you are today if you did not enter this UCLA contest?

SP: One thing leads to another. Called life. Metaphorically, one brick builds upon another to build a house. So, I do not know where I would be if we hadn’t won the contest and I didn’t fall in love with the recording studio, creative process.

Throughout college and graduate school, I wrote songs for my band that ultimately got us signed to Columbia Records by Clive Davis. I produced and arranged the recordings as well. That deal led to a job offer – working in NY after graduation from law school and passing the California bar at 23. I moved there and never looked back.

ATM: What characteristics about you attracted Mr. Davis and the executives at CBS who hired you?

SP: Wow, good question. I guess my zeal to learn the music business from the best people I could imagine mentoring me, passion and my love of music.

ATM: Take us back to when you launched The Pasha Music Organization.

SP: I picked the name Pasha since I liked what it meant. A Pasha is a philanthropic ruler and the word started with first letter of my last name.

ATM: I read that you also built a recording studio called Pasha. When you did that, what were your thoughts about the future then?

SP: I always thought about making money and getting goosebumps at the same time. The first album that I produced at Pasha was called “Children of the Sun.” The artist, Billy Thorpe, had just come to America from Australia after an illustrious and successful career there. Billy was kind of like the Bruce Springsteen of Australia. We wrote the 7 minute Children Of The Sun song together. It was about a friendly race from another galaxy who wanted to save the remaining earthlings from the planet’s destruction. We developed a computer animated laser choreography of the album and launched the album and the laser show at Griffith Park Planetarium in Los Angeles. It was highly lauded and very successful. Not only did we sell just shy of 1 million albums on the project but we propelled laser light shows across the country. That was my first true audiovisual marriage of mediums which I put together. Here I am 40 years later in the same lane, but now in reverse – starting with film and decorating it with music

ATM: Can you describe the studio environment that you created your music in at Pasha.

SP: That’s a good question, Gabrielle. I still remember the wood floors in our building, the brick walls, the fireplaces. With my hair at my shoulders, running around barefoot in an incense and candle lit environment, I guess you could have called me a hippie of sorts.

I was very fortunate to work with some wonderful talent in my Pasha days, from Heart, Cheap Trick, Ian Hunter, The Beach Boys, Eddie Money, Shooting Star and many others. The most successful record I made during that period was producing and mixing Quiet Riot albums, the first of which went to #1 in Billboard Magazine and sold 7 ½ million records.

SP: Working with Stevie was one of the great highlights of my career. I was quarterbacking the music for a New Line feature called “The Adventures of Pinocchio,” which took place in 1850 Italy. We all know the Collodi tale about Pinocchio becoming a real boy. I wanted to put a contemporary artist palette in kind of a surreal way to sit in 1850 Italy. I was blessed to have Brian May from Queen agree to create a 7 minute opera with me that we recorded with a 96 piece symphony orchestra. I got Stevie Wonder to write 3 songs for the same film which I arranged and produced with the same orchestra. What a journey that was working with two of the great talents of the 20th century, Stevie and Brian on this one movie project.

While recording the end title song to the film, Stevie’s composition entitled ‘Kiss Lonely Goodbye’, I asked him to do an instrumental pass with his harmonica since he was such a great player. We did and that track got a 1997 Grammy nomination for best instrumental recording.

ATM: Explain the most creative vision or epiphany you have encountered.

SP: I cannot say that there is only one. All the films and documentaries that I produced have music at the core. My approach is how to make each unique and different from what one might ordinarily do for each project. I screw up and sometimes, don’t get it all right. Those instances, I consider the work noble failures since I enjoyed the process anyway.

I am working some projects now over the next few of years which I see as very creative and challenging. One is called the “Voices of Hope and Change,” — about Dr. Martin Luther King’s Jr.’s civil rights journey and how it coincided with Nelson Mandela’s anti-apartheid struggle in South Africa. I am planning to produce a concert at the West Angeles COGIC Church pulpit later this year, bringing over some top South African artists and having them perform with some cool U.S. talents. My documentary will feature some important speakers and footage of these men’s journeys. I also am producing another project about the New South Africa and how this wonderful country is evolving with their recently elected President, Cyril Ramaphosa whose ethos embodies the wonderful spirit of Nelson Mandela.

Last November, I exhibited the Denzel Washington narrated feature documentary I produced with some esteemed colleagues, Chasing Trane on the iconic Blue Train in that country. Blue Trane was the name of one of Coltrane’s most illustrious works. I teamed with my good friend Papi Molotsane, former CEO for Telekom, with top glitterati on the train on a fantastic experience for all. I got very close to the people from there who joined the journey such as political leaders, journalists, and creative people. I fell in love with the spirit of the country. I now have several projects that I am fiercely and proudly committed to doing with and for S.A.

ATM: What did making Chasing Trane and what you learned about John Coltrane teach you about life?

SP: John Coltrane, his talent, heart, and spirit was way beyond music. His life and music made pop culture statements in very special ways. He didn’t follow many rules when he pursued his art. I have been accused of that often as well.

One of my favorite parts of the film, which director John Scheinfeld brilliantly focused a section on, was when Coltrane wrote the composition “Alabama” to the beats of Dr. Martin Luther King, Jr.’s eulogy to the girls killed in the 1963 13th St. Baptist Church bombing. It touched a lot of people then and still does to this day.

I loved how Coltrane used music to demonstrate his love for humanity He is one of the greatest artistes of all time. And his form of jazz to so crossed over to other styles of music.

ATM: Take us through the brainstorming for your Jimi Hendrix acoustic recordings.

SP: Eddie Kramer was Jimi’s original engineer. Of all places, Eddie is from South Africa. He has been my friend for quite a while and an immense talent I really respect. You know he engineered 5 albums for The Rolling Stones, 5 for Led Zeppelin, Woodstock, two records for The Beatles and of course, the key Hendrix recordings.

We were having lunch one day and talked about how Jimi was not just a great singer and guitar player but also an excellent songwriter. I had just heard Clapton’s acoustic version of “Layla” and Feliciano’s acoustic rendition of the Doors ‘Light My Fire back to back on a local radio station a few years ago. A light bulb went off. I asked Eddie if anyone has ever done a Jimi Hendrix acoustic record. He said no. We immediately got on a plane to Seattle to visit with Janie Hendrix, Jimi’s sister, who has done a magnificent job handling all matters Hendrix, creatively and business wise. I pitched her on Eddie and I overseeing modern day acoustic recordings of classic Jimi songs, performed by world class legacy artists coupled with some current hit talents, reimagining the songs.

Janie was wonderfully supportive. We are nearly done with our first EP, Vol 1. which shows that when you strip down Jimi’s classics like Angel, The Wind Cries Mary, Castles Made or Sand, and more, they stand up so well, 50 years later.

ATM: Spencer, how do you feel about you saying that music can help unite the world?

SP: Music is the one medium that goes everywhere, always. Music helps bring people together. Music touches people, their soul. I am the believer that music is universal and relatable to multiple cultures. I so love and want projects that I produce to travel, musically and visually, so that they can touch people all over the world

CAN TOM CRUISE KEEP THE MISSION IMPOSSIBLE FRANCHISE ROLLING FOR THE NEXT FEW YEARS?