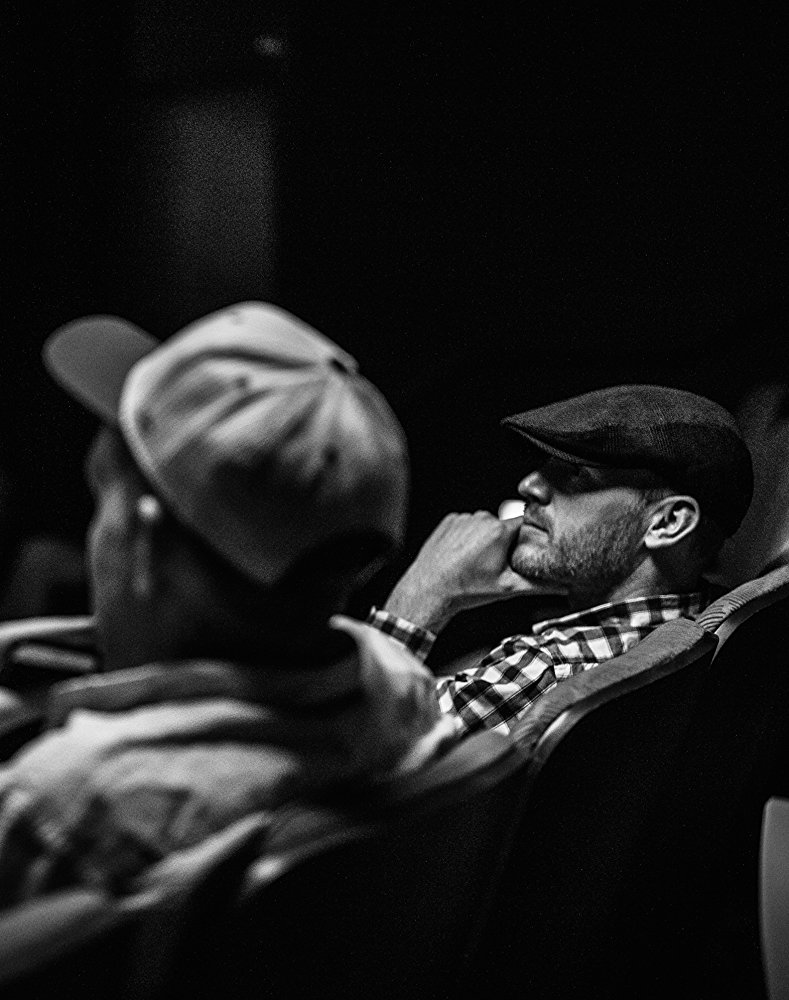 Ben Shelton and His Candy Jar

Entertainment News on May 5, 2018 0Likes At The Movies
ShareTwitterFacebookInstagram

Ben Shelton is an American film director with a recent Netflix film Candy Jar. Some of the cast consists of Orange is the New Black Uzo Aduba, HBO series The Chi star and R&B performer Jacob Latimore, and Mad Men Christina Hendricks. This film is a story about a high school debate and the levels a high schooler takes to win. Every moment comes down to the moment of the actual debate. Shelton talks with us about the fun and experience of making this film and get to understand more about the connection between directors and their actors on set.

ATM: Tell us more about the opening scene of the film.

BS: In the opening scene we meet Bennett and Lona, who are fighting over whom should be named “President of the Debate Club.” Tom Bergeron plays the Principal of the school, who can’t stand these kids constant bickering.  The scene is a microcosm of the entire film.  Bennett and Lona never stop arguing, because disagreeing is what they do best.  This scene was a lot of fun to film, because of the speed in which both the kids talk, and the looks on Principal’s face, as he wishes he was anywhere else in the world.

BS: Every day was completely different. But it all started in collaboration with our DP, Topher Osborn. He and I would walk through

every single shot in the morning, so we were on the same page.  This was the first project we had worked together on, and so there was a little bit of a learning curve. Toward the end of the shoot, we were in sync, and speaking the same language.  I loved working with our design team. Production Designer John Sanders did an absolutely amazing job with the film, and Costume Designer Kairo Courts created the best looks for our characters.  I got my degree in theater, and so I truly love working with actors. It was so much fun working and rehearsing with the actors.  At the end of every day of filming, I would go out to dinner with my assistant, Sawyer, and we’d have a chicken sandwich, fries, and a Coke and talk about the next day.

ATM: How did this film change or enhance your perspective being a director?

BS: I love directing and coming off of my TV Series Impress Me (now streaming on Amazon Prime), which was a mockumentary, hand-held look, I wanted to work on something with a strong POV and Candy Jar was just that. I’ve worked primarily in Los Angeles with a lot of the same people for years, and so working on Candy Jar in Georgia with a bunch of new people was a new adventure, and it turned out great.

ATM: Is there a story behind the title of your film Candy Jar?

BS: Helen Hunt plays Kathy, the guidance counselor, who is a central character in the film.  And her office is filled with candy jars, because her character is a candy jar, giving sweet pieces of wisdom to her students.  It’s a private prep school, and so all the kids are constantly stressed, and she’s there to remind them to slow down and smell the roses from time to time and to offer them to have some candy. Also, to have fun.

ATM: Where did you spend the time directing this film?

BS: We shot this film in Georgia.  Hemlock Prep Academy was really Oglethorpe University.  We also shot in Newnan, Georgia.  It’s a beautiful part of the country and I would shoot a film there again in a heartbeat.

BS: Uzo was a powerhouse, so playing the powerful Senator Julia Russell seemed to be so natural for her.  She and I are both athletes, so there was a player-coach relationship that I loved about working with her.

The real Jacob Latimore is a very popular R&B singer and performer, and so getting him to be the nervous, and sometimes shy Bennett Russell was something we worked on together.  He’s the sweetest guy and so charismatic.

Sami Gayle is such a wonderful and intelligent actress. She knew the script inside and out, partly because her brother (Chad Klitzman) wrote the script.  She and I loved to debate anything and everything.  Christina Hendricks has such great comic instincts.  She’s known for her dramatic roles, but her comedy was what I absolutely loved about working with her.

Tom Bergeron is a tremendous actor, and his acting career is about to take off, mark my words.

Of course, working with Helen Hunt was a dream come true.  She’s a writer, a director and I felt lucky to have her on set with us.

ATM: What qualities did you see in the actors as they acted?

BS: The Atlanta actors were what really surprised me. Paul Tigue is hilarious as the Debate Coach.  Antonia Gentry steals every scene she’s in as Jasmine.  And Ariana Guerra is so strong as Dana.

ATM: Describe the moral of the film and how you showed it through directing.

Candy Jar is fun film for the entire family. The film allows one to understand the ambition it takes for high school students to get into college. This film is centered around an academic setting and for those who have already gone to school can reminisce about their personal experiences. Candy Jar also shows the social dynamics of modern day high school and the competitiveness at this level.