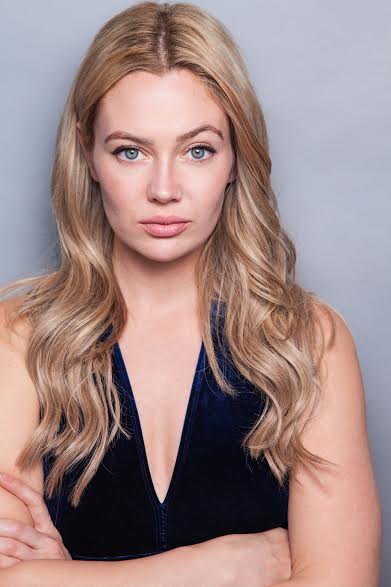 Megan Hutchings on BET’s “In Contempt”

Spotlight on May 7, 2018 0Likes At The Movies
ShareTwitterFacebookInstagram

Megan Hutchings co-stars in BET’s new series “In Contempt”. This series gives audiences a modern day understanding of how the justice system operates from a public defender’s point of view. The Toronto native plays Tracy Campbell, who is known for using her sexuality to get what she wants. Her character is a southern belle who is hiding who she really is, and audiences will learn more while watching.

ATM: Why did you choose to take on your role as Tracy in BET’s In Contempt?

MH: Based on the content of the show. I felt it was a very entertaining show. I appreciated a lot of the really complicated cases that were being portrayed. I liked the cast, the crew, and the creator.

ATM: Tell us more about your character Tracy.

MH: She is Gwen’s best friend and roommate. We have a special friendship and a bond in and out of the office. Tracy is also the fancy southern female lawyer. She is outside of the lines of social drama as a woman. Tracey is open about liking sex and using her sexuality as an advantage. Tracy is a fun person, but she is hiding something.

ATM: Where did your Southern accent come from?

MH: Tracy is possibly from the South. The creator wanted her to have a Southern belle accent. I worked with a dialect coach. It was the creator’s choice.

MH: We both become competitive. When you have a black and white friendship the race card gets played, but on this show it does not. We have respect and want the best for each other. Our arguments and disagreements shine the light on our care for one another.

ATM: Explain what your role on the show represents today.

MH: She has a lot of humanity. Tracy puts on a carefree and sexy persona. She might have troubles and hurt from her past. This hurt, and pain might make appearances in the show. We all can emphasize with hiding who we truly are as a person. We are afraid of rejection or what people would say about us. She represents being a powerful female.

ATM: What is your relationship with the judge on the show?

MH: Tracy is a woman who just likes sex. She does it when, how, and where she wants. Tracy sometimes uses sex to her advantage. She likes him but uses him as leverage in the courtroom to win cases. She likes what he can give to her.  She does not get attached to anyone or let anyone in.

Megan- hiding who I am. Also, putting forth a person that I am not.

I cannot relate to her putting forth her sexuality or femininity without an apology. I feel this is something most women, but predominantly Canadian women cannot agree to.

ATM: Why can they not relate to this?

MH: Because society tells us we are not allowed to. We have been conditioned to think that men can have sex with no problem. Whereas, women are shown to not be able to do this.

ATM: Agreed, because when a woman is shown to express herself more than sex, she is considered a sex symbol or other derogatory

MH: Tracy is all the names that we call women, but why can’t we just like sex.

ATM: Do you hang out with the cast outside of the show?

MH: We hang out sometimes. Mouna and I are in Canada. Erica and Christian are on the West Coast. The bond is still there. We all have a good dynamic with each other.

Off the Camera Responsibilities

ATM: Aside from playing on BET’s In Contempt, tell us a bit more about your nonprofit Dreams of Rescue.

MH: I make personalized dream catchers. The proceeds go to the rescues. I have been making dream catchers for some time. I established this nonprofit close to a year ago.

Hutchinson’s character represents a lot of women in society. Campbell must undergo a lot of self-judgment to truly come to terms with her wrongdoings. Also, she is part of the cast that handles legal cases of all races and from all perspectives. This show answers a lot of America’s questions about what has been happening between minorities and the police.