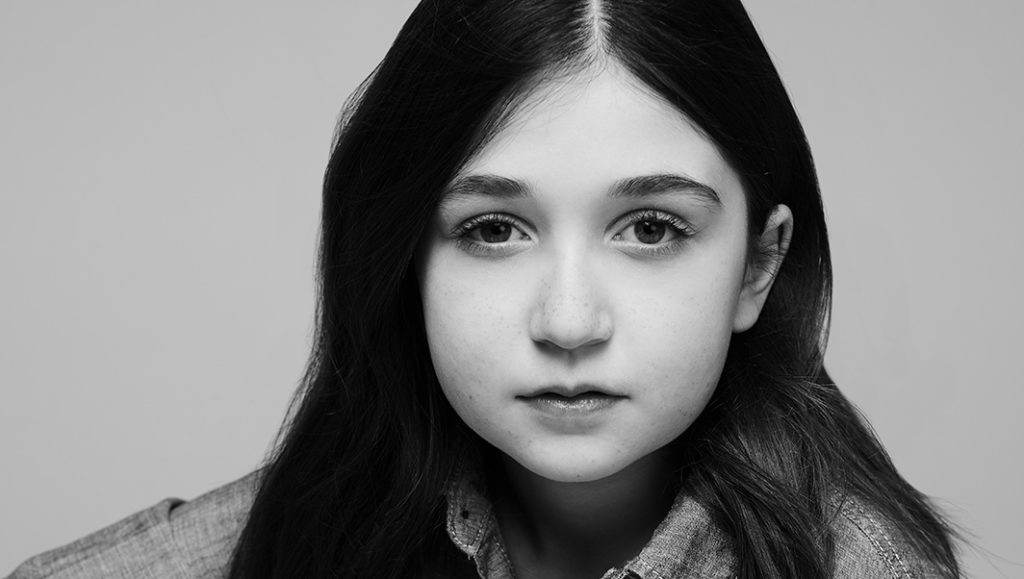 Spotlight on May 20, 2018 0Likes At The Movies
ShareTwitterFacebookInstagram

Lia Frankland is a Canadian actress who plays in the Focus Feature film Tully. Frankland stars alongside Charlize Theron, Mackenzie Davis, and Mark Duplass. Tully is a film about motherhood on how a mother of two Marlo (Charlize Theron) tries to maintain her livelihood. She finds out there is another child on the way. Frankland’s character Sarah is Marlo’s eldest child and has to watch different aspects of motherhood play out in front of her eyes. Frankland talks with ATM about her fabulous experience onscreen and shares personal hobbies.

Sarah is Marlo’s eight-year-old daughter who is exceptionally smart for her age. Throughout the movie she watches her mother move through life with the help of a caregiver named Tully. Frankland states, “Her brother has some issues and Marlo is constantly paying more attention to the newborn. Sarah feels ignored.” Additionally, to her role, Frankland takes us back to when she first received notice portraying Sarah says, “I was super excited. I was having a sleepover at the time at my grandparent’s house. My parents surprised me when they came to pick me up. I was screaming and jumping up and down.”

Frankland worked extremely hard offscreen to help guide herself through the filming of Tully. “Amazing and super fun. I loved it. I normally did school in the morning with my tutor. After this, I went on set. Later, I also hung out with my friends on set.” describes Frankland. The Canadian native formed inspirational and possibly long-lasting friendships from her onscreen performance. “I got really close to them in the few months onset. Especially, with my onscreen brother Asher who played Jonah. We became really close and cried because we did not want to say goodbye.”

In addition to Frankland birth of connections and great performance, there were a lot of takeaways from this intriguing film. Frankland’s personal perspective of the film, “I really liked the movie. I liked how the movie had an important lesson about how motherhood could be hard and stressful. Also, how it is great to learn to deal with it and appreciate your mom. I certainly appreciate my mom more after the experience of filming. I hope my mom feels more appreciated.”

In Tully, a film directed by Jason Reitman, Frankland plays the oldest of three children. Off screen, she is the only child and on screen, she had to adapt to sharing the spotlight with siblings. This inspired her to want more siblings in the near future. Aside from the recent release of Tully, she’d love to work on a musical. In her spare time, she enjoys listening and watching musicals such as Matilda and Wicked. The film star’s talents are not secluded to just acting and singing, she speaks English, Spanish, and French frequently.

If I Had an Oscar Ballot | Andrew Korpan