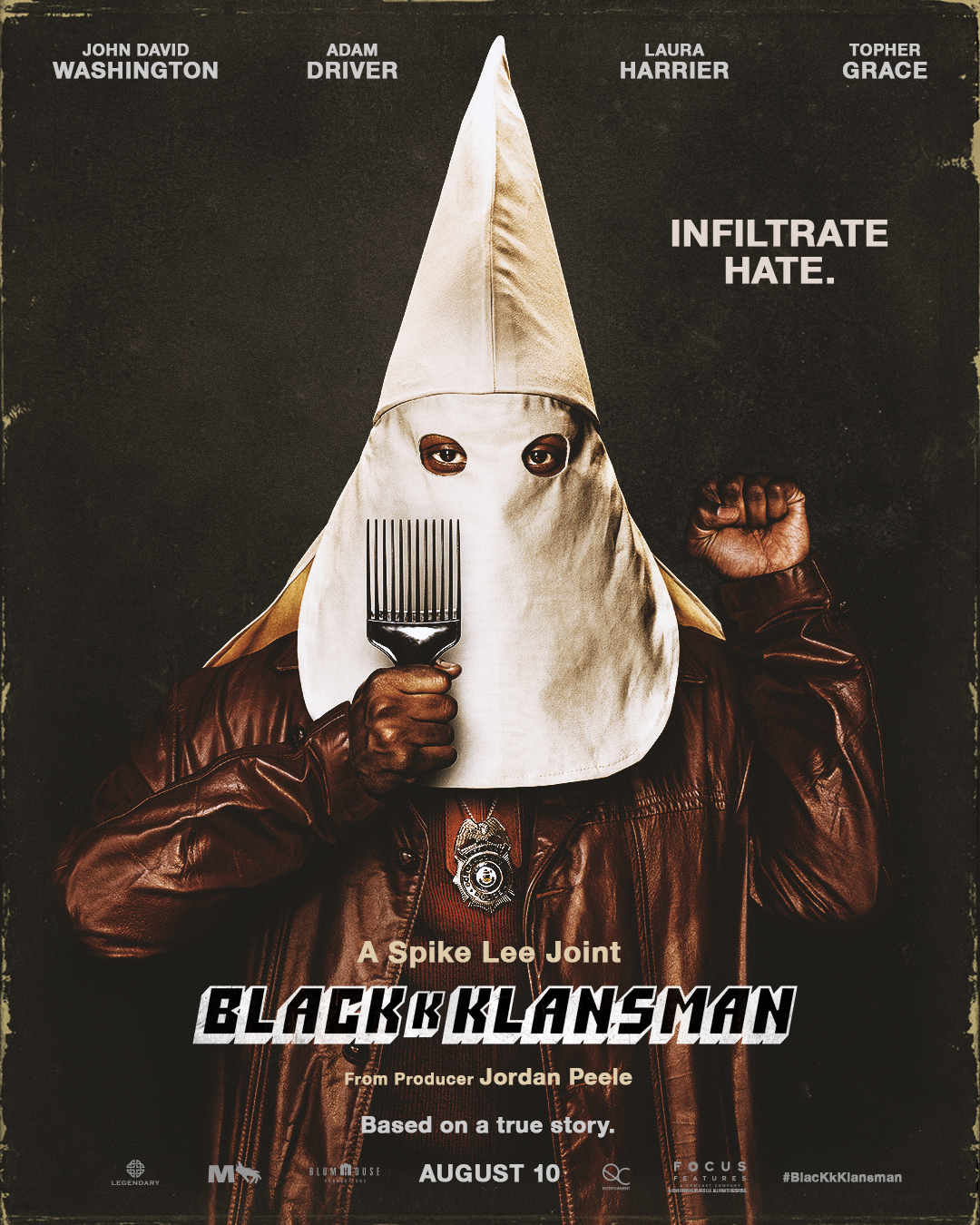 Sneak Peaks on May 30, 2018 0Likes At The Movies
ShareTwitterFacebookInstagram

Directed by visionary filmmaker Spike Lee, BlackkKlansman is a crime comedy-drama that tells the story of an undercover black cop who aims to infiltrate the Ku Klux Klan in Colorado Springs. Based on the book Black Klansman by Ron Stallworth, this Focus Features film stars HBO’s Ballers actor John David Washington alongside Adam Driver from Star Wars, Topher Grace, and Laura Harrier.

In the early 1970s, Ron Stallworth (played by Washington) is the first African-American detective to serve in the local Colorado Springs police department. In an attempt to gain credibility, Stallworth bravely sets out to expose the KKK in an undercover investigation.

Washington and Driver’s characters subvert the typical buddy cop movie, replacing typical urban crime fighting with the cross-burning, race bashing Ku Klux Klan. Produced by comedian Jordan Peele, known best for his 2017 directorial debut Get Out, the film is guaranteed to pack more of a punch than the lighthearted cop classics of yesteryear.

“Dis joint is based upon some fo’ real, fo’ real sh*t,” the trailer promises.

BlackkKlansman is out August 10.