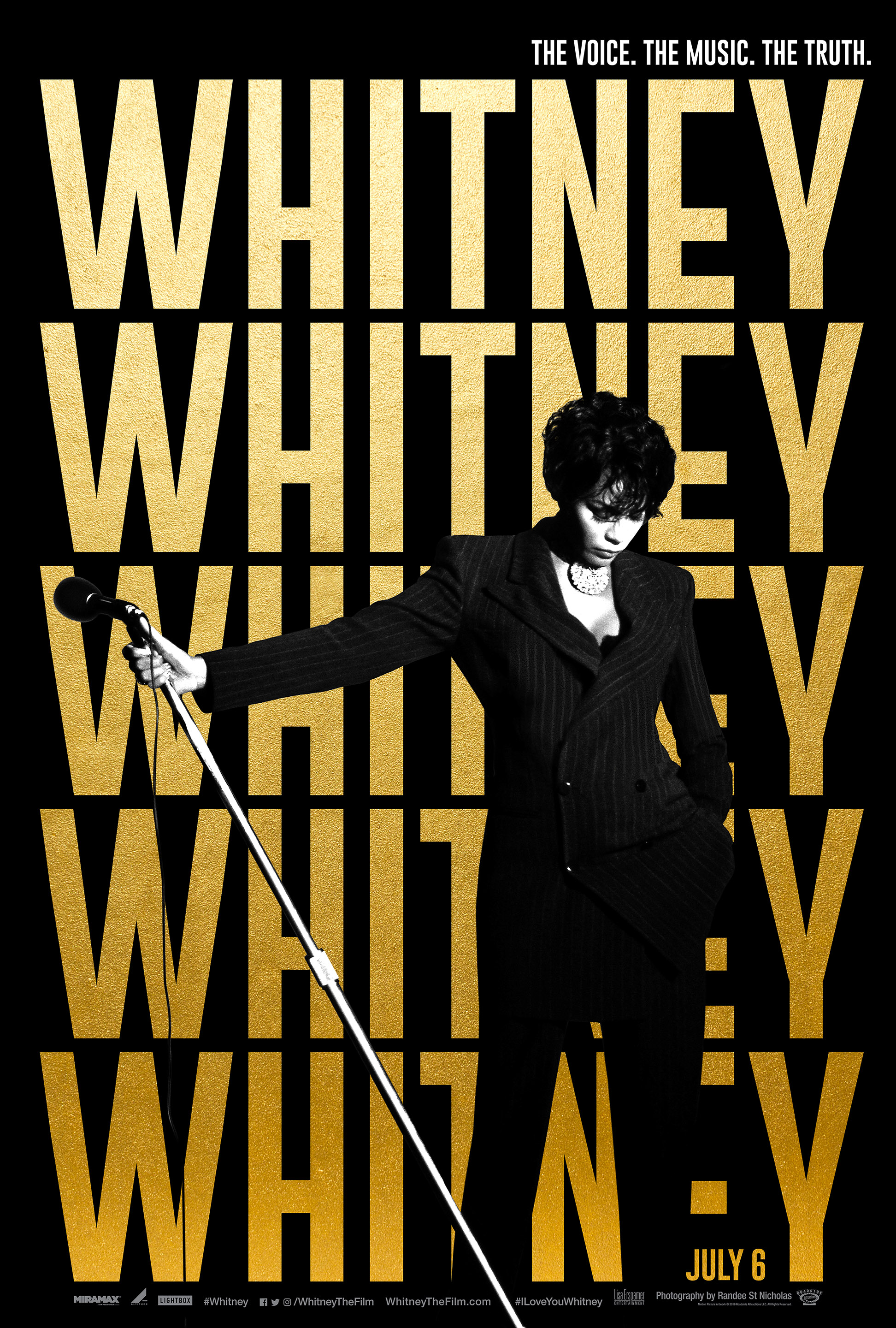 Entertainment News on May 31, 2018 0Likes At The Movies
ShareTwitterFacebookInstagram

President of Marketing for Roadside Attractions, Dennis O’Connor said in a statement, “We knew when Randee agreed to collaborate with us on the poster, that through her incredible images we’d be able to create a poster that truly captured the magic and essence of the icon Whitney Houston.”

Houston sold over 200 million albums worldwide, making her the fifth best-selling female artist in history along with being the only artist to ever chart seven consecutive #1 singles in the United States. Though her career was tragically cut short when she was 48 years old, this new documentary feature focuses on the positive, painting an intimate, unflinching portrait of Houston in her heyday. Utilizing private archival footage, demo recordings, and original interviews with family and friends, “Whitney” looks beyond the tabloid scrutiny to shed new light on the star power and legacy of an R&B legend gone too soon.

“I’ve been quite fortunate throughout my career to have photographed and directed music videos for some of the most talented artists of our time. Among them was the extremely charismatic and enchanting beauty Whitney Houston. I began photographing Whitney during the filming of ‘The Bodyguard,’ and photographed her for the very last time for the film ‘Sparkle.’ During all of the years in-between, we shared many creative adventures for various projects she was working on,” said Nicholas.

The film is the second major feature about Houston since her untimely death in 2012. The former was a 2015 Lifetime movie directed by Angela Bassett starring America’s Next Top Model season three contestant Yaya DaCosta.

Director Kevin Macdonald previously worked with J. J. Abrams on “11.22.63,” a television series for Hulu based on a book by Stephen King.