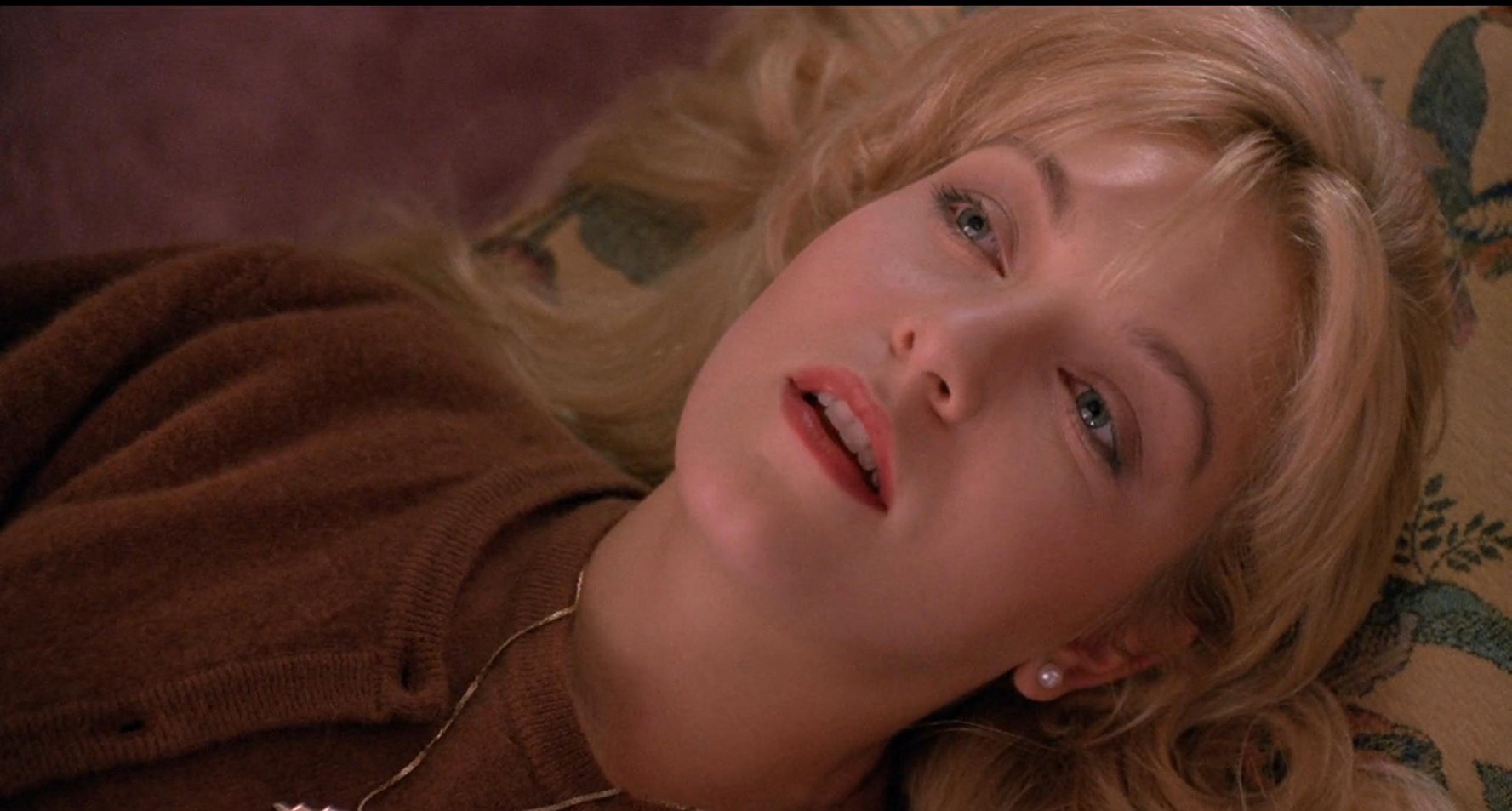 “Fire Walk With Me” Paints a Suburban Nightmare

Extras, Movie Reviews on June 5, 2018 0Likes At The Movies
ShareTwitterFacebookInstagram

To those unfamiliar with David Lynch and Mark Frost’s “Twin Peaks” franchise and the universe surrounding it, it might seem peculiar to suggest its prequel film to watch but hear me out.

The peculiar mystery that is “Twin Peaks” ran for two seasons from 1990 to 1991 and told the tale of homecoming queen Laura Palmer’s murder in a small, fictitious Washington town aptly called Twin Peaks. The series went on to spawn huge success and cement itself into cult-classic status, even being rebooted in 2017 for a third season 25 years later.

It was clear that Lynch, whom AllMovies wrote as the “Renaissance man of modern American filmmaking,” had a vision for the Twin Peaks town well beyond the television drama. Lynch and Frost worked perfectly together to establish a multi-dimensional setting in the Northwestern town, as well as construct storylines and plot points that dive further than just a murdered teenager. Even when the killer was revealed partway through season two, the show progressed and proved it had more to resolve.

This brings us to the subject of 1992’s Twin Peaks prequel, “Fire Walk With Me.” While the film failed to make an impact in the box office or achieve any sort of critical acclaim, it was extremely successful in Japan. Julie Muncy of Wired writes, “By 1992, Twin Peaks had gone from critical darling to drag. To many, ‘Fire Walk With Me’ played like a glorified TV movie.” The film made back an estimated $4.2 million domestically, a measly take home from its $10 million budget. But that’s what makes it a staple for curious filmgoers: it’s a secret hit.

“Fire Walk With Me” is a distressingly dismal look into the last seven days of troubled teenager Laura Palmer’s life before her untimely, unexpected murder. Originally penned as a five-hour long motion picture but eventually cut to a little over two hours, “Fire Walk With Me” sheds new light on the bleak suburban reality that was Palmer’s life in Twin Peaks and acts as its own standalone film. Funnily enough, the film also marks the first time Palmer is seen alive in the show and not floating dead in the water wrapped in plastic.

The genius of the film is its ability to defy the genres and conventions in which it was bred. While the original series was a campy, detective-style melodrama on cable television, this prequel is a moody, psychological horror with heavy symbolism and sinister themes. Whereas the TV show was very elusive and shiny, hiding a lot behind the red curtains, “Fire Walk With Me” dives directly into the darkness of drug use, prostitution, incest, and rape.

During the last week of her life, we see Palmer do copious amounts of cocaine, cheat on her boyfriend with a friend, aide in the shooting of a drug dealer, face physical and emotional abuse by her father, and have sex with her killer. These interactions happen in real time for Palmer in excruciatingly tortured detail, for the first time in the Twin Peaks universe. Grace Zabriskie, the on-screen mother of Laura Palmer (Sheryl Lee) said of her performance, “She gave everything she had, she gave more than she could afford to give, and she spent years coming back.”

The unraveling of Palmer’s beloved character comes across unfortunately on screen as a portrait of a young woman in distress. From its translation from television to film, “Fire Walk With Me” doesn’t skip a beat, and Lynch gets away with a lot more in film than he ever could on prime time.

Laura Palmer’s demise on screen can be painful to watch, but there’s a beauty that lies beneath the nightmare. While the film is grounded in grave danger, for Palmer’s fate is already decided and known to the audience, each shot promises something enticing for the eyes to watch. Each image is cleverly framed and lit with masterful intentions, each line is heart-wrenching and sensitive. Within the heartbreak that is Palmer’s death is a fantastical glance at a suburban life all to real.

Captivating as it is quizzical, “Fire Walk With Me” goes above and beyond to put the viewer in the hot seat and make them feel a spectrum of emotions while watching the 134 minute feature. When you strip away its symbolism and supernatural motifs, you’re left with a simple tragedy of a teenager doomed from the start and we can’t help but watch with unabating empathy. Whereas the “Twin Peaks” universe centered around the mystery of Laura Palmer’s death, “Fire Walk With Me” shows Palmer alive and coping with a heavy secret too serious to ignore.

“Fire Walk With Me” is available for viewing on Amazon, iTunes, and Youtube for as little as $2.99.