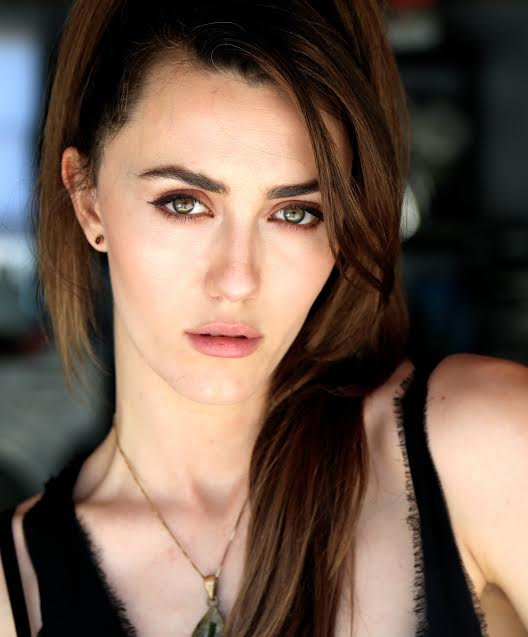 Entertainment News on June 12, 2018 0Likes At The Movies
ShareTwitterFacebookInstagram

Madeline Zima is a sweetheart to the entertainment world. The origins of her career started while playing Grace Sheffield on CBS’s sitcom The Nanny. Other notable projects include The Hand That Rocks the Cradle, Californication and A Cinderella Story just to name a few. The lovely sweetheart talks with ATM about her latest project Warm Human Magic.

ATM: Great film. When did you start to brainstorm about this film project?

ML: Five or six years ago. I definitely have many nights like this. I tried to connect with people and went about it in the wrong way. Also, I was not present to what was going on. My first draft of the short film was about 17 pages. I finished in 2013 or 2014. It has been in the works for a while.

ATM: What does this film represent about you as an America’s 21st century woman?

ML: I feel like we are a little lost, lonely, and confused at the same time figuring out how to deal with it. It is difficult, to be honest about what our intentions are with human beings. It is scary to be that vulnerable. We want that love and acceptance and we really do not know how to do it.

ATM: Does the main character value friendship or just wanting to be wanted/loved?

ML: I think she is in such a dark place that she is not valuing the friendship with Ben. I think Ben’s character realizes that this night of reckless abandonment will ruin everything. He also recognizes that he cares about her very much. Ben would never let her do this to herself. We live in such a time that there is so much sexuality available. No one of it has been cheapened in a way. I feel like there is a role reversal in this film where the woman is not valuing herself like she should. The man honors this and protects her from herself.

ATM: Take the world through a day of shooting.

ML: The first day was rough because our camera was not working. We got it on a trade. A lot of stuff happened because of trades and favors. Someone received a credit on the film for bringing the camera because at first, it was not working. We lost two days of footage. We film things in one or two pieces and sequences. This helps build relationships with the characters and to level the comfort. It is not easy to start something if you are lying in bed during the morning. You are not totally awake yet. We had to cram about seven pages into one day.

ATM: Describe the selection for the title “Warm Human Magic” what does this title refer to.

ML: It can be a few different things. There is a little bit of a double entendre going on there. There is also what we give each other. I feel we are all missing that connection of love. A way of saying this without love.

ATM: These are three words that mean love.

ML: I think so. There are also many shades of love. There is the respect you get from colleagues’ intimate partnership, friendship love, and love between siblings. There are all these different kinds of love, but we paint it with colors. It is a lot more complex than that.

ATM: Which shade of love is Mary searching for?

ML: She does not even know. She is in a dark place and depressed state of confusion like I was through most of my 20’s not knowing how to deal with myself. I think she wants an intimate love. The type of love that lets her explore herself. Hopefully accepts those parts of herself. She is feeling so low about herself that she will take anything.

ATM: Have you ever ate a whole pint of ice cream for breakfast? {chuckles}

ML: {Haha} No I have not. That was a bit of an exaggeration as a psych gag. It was a simple of lying to the person you are on the phone with. It is the type of thing when you are on the phone with your mother and she say, “What are you doing? Why are you still in bed?” and you respond, “I am eating breakfast. I am on top of it, mom. Leave me alone.”  I am 32 years old. A little older than this character. If I would have waited any longer to tell this story, then I would not feel a connection to this character. This is definitely a younger version of myself. If I started with a pint of ice cream now, then I would not be able to get anything done. The sugar would make me crash and I would be completely in a cranky mood.

ATM: How is this film a love letter to your 20s? What was your perspective of life at 20?

ML: I was a lot more selfish. You have to give love to get it. You cannot expect people to show up with you when being lonely and when feeling sad. If you did not water your friendships all the time, then they die. If you do not give the relationships in your life attention, then everything starts to wilt. You have to effort toward the ones you like better.

ATM: What would you tell your 20-year-old self now? Let’s say in a fantasy world, if you were sitting next to yourself at 20. Describe the commentary between both of you all.

ML: I would tell her to stop feeling sorry for herself and to do more. I could have made this film years ago. I would tell her that nothing is wrong with her. That the reason she is not in a relationship right now is that her sensitivity is not reflective of any deficiency in her. I would have been tougher with myself.

ATM: Do you feel this a process for all woman to go through and all about finding yourself?

ML: Yes, it is all a process. You have to honor where you are and snap out of it. You can channel pain into art. I would encourage that as a way of speeding up that evolutionary process of figuring for yourself how to be the best version of you.

ATM:  What about the people who do not make it out of this phrase?

ML: The people that do not make it out of this phrase need a lot more compassion and love. Also, maybe some therapy (chuckles).

ML: I feel like if you are unhappy, then you have to look at that and work with it. Also, be honest with yourself. I can look at myself when I am unhappy to admit it. You cannot get free with the darkness you are happy dancing with. So, unless you want to make a change you most likely stay how you are until you dissolve.

With the character of Mary, she wants to be loved and filled with human compassion. This film takes you in deeper to the reality and origins of human connection and communication. We see these qualities portrayed through Mary, played by Zima’s real-life sister.