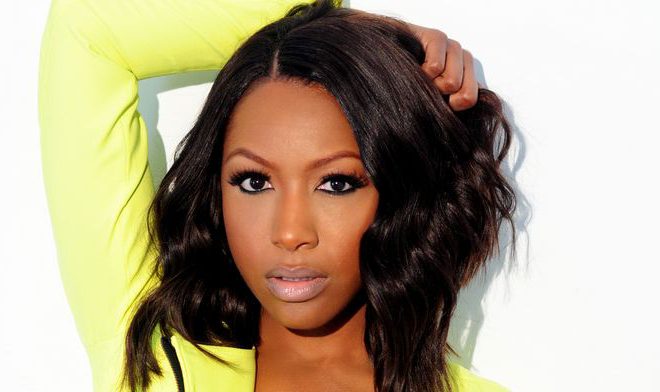 Entertainment News on June 20, 2018 0Likes At The Movies
ShareTwitterFacebookInstagram

Gabrielle Dennis is one of the new additions to Netflix’s Marvel Luke Cage Season 2. Dennis plays a science and holistic geek that has unfinished emotional business with her mother Mariah. Throughout this season their pinned up energy will unfold in front of everyone. Dennis talks with ATM about her role and friendships.

ATM: In your early scene with Alfre Woodard as your mother you come off dismissive. In most films, you see this rapid tension between sons and fathers. What social dynamic do you feel this sets for a mother and daughter’s relationship?

I like that Marvel’s Luke Cage focuses on mother and daughter dynamics that people can relate to. Most mothers are not running a

crime office. There are things not related to the average person like time and the superhero aspect. When you tie in the aspects of the mother and daughter aspect, this helps to ground the show. People will get to see how much family drama will tie into the series this season as they watch the show.

ATM: Do you have a relationship with your real mother compared to your onscreen mother?

ATM: I understand your character loves science. What is your real life connection with science?

GD: My character is a lot smarter in that lane than I am (laughs). I was never into it. In school, I liked biology in class because we got to dissect things. The periodic table gave me nightmares (laughs).

GD: It was so hard. So many things. I was the art kid. I would go to dancing rehearsals and study my lines. It was weird because I would like certain things like algebra and geometry. Chemistry was my least favorite out of all the sciences. It might have been that freaking periodic table (laughs). Tilda is more of an expert on this level. I am definitely more into arts. I like this character for young girls because it helps those that are into science and medicine to have someone to look up to.

ATM: What emotions and thoughts went through your head as you received the call that you were going to be on Luke Cage Season 2?

GD: I was extremely excited. I was a fan of the show prior to knowing I would ever be on it. I got excited when I got the call and passed the audition. You get excited off of these things. Especially if it is a show you already watched and are familiar with. So, it was a huge deal being a part of Marvel Universe and a part of this show.

Also, being able to work in New York. I have never lived or worked in New York. I have been a west coast actor all this time. Being in New York, Harlem, and walking the streets to feel the air is surreal. One day I was a fan of the show watching it in my living room on Netflix to one day boom I’m at a table read.

ATM: If you and your character Tilda Johnson hung out for the night where would you all go?

GD: Some place to get a really good meal. I love to eat (laughs). I would say a good night for me is going to some place where I can eat good, dress comfortable, and cow down. I am a huge seafood person. I love crabs. We would go to Harlem because they have really good food and a lot of cultures. We could find a good place to get some drinks and food.

ATM: What would the conversation entail?

GD: We would have some girl chat and discuss music. This is something both of our characters would have in common. There was a lot of music incorporated into the show during the first season. We would talk about music, our favorite artist, and who is out right now. This is definitely a connection between what my character and the real me have in common.

Dennis explores a mother and daughter relationship counter to her real-life relationship with her own mother. The series is filled with a lot of exciting drama and stories that will keep an individual intrigued for more. Dennis is currently filming BET’s upcoming film The Bobby Brown Story in which she plays Whitney Houston.

Marvel’s Luke Cage Season 2 is available on Netflix this month.