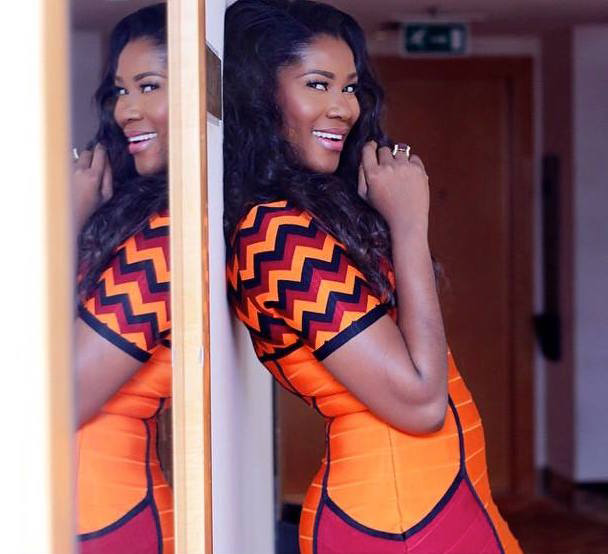 Entertainment News on July 6, 2018 0Likes At The Movies
ShareTwitterFacebookInstagram

Stephanie Okereke Linus is a Nigerian model, film director, and actor. She has won tons of awards in her native country Nigeria. Linus also works side by side with her husband to create with conversation. She is a part of the transformation for Nollywood. Linus talks with ATM about the change in Nollywood and a few issues still surfacing in this part of Africa.

ATM: Explain your position in Nollywood.

SL: I do it all. I started as an actor in Nollywood. I went on to become a director and producer. I act, direct, produce, and write my own films. The last film I made was Dry. Sometimes I have ideas for stories that need to be told. I go out to bring them to life. I go to get the right people on the project.

ATM: The film industry in Nigeria is growing rapidly. Describe this scenery.

SL: It has grown tremendously. There is more room for growth and partnership. Not only Nollywood but with other industries. People are starting to gain interest with a lot of what we are doing. We want to put out work that can stay in anywhere in the world. We are steady.

ATM: Nollywood ten years ago was different from what it is now.

SL: Yes. There are more cinemas in the country. Now people are willing to go to the cinemas. There a lot of people saying they are comfortable being in the industry. People would not feel comfortable. They now think it is cool. Nollywood has proven that people can be successful. A lot of people are seeing this and want to tap into this. There is funding coming in. There has been growth.

ATM: What roles have you portrayed in the industry?

SL: I have been a lot of roles. In 2009, I was one of the people who did the first blockbuster film in Nigeria. I was wondering why people were not watching Nigerian films. I wanted people to see they can make money in cinemas. My Through the Glass film started to set the place for all the other films. This has been the goal. I partnered with my husband who was associated with the New York Film Academy at the time. We partnered with them to train a lot of young filmmakers. My husband brought them in. We were able to be a part of some people that are successful now.

I started a pace of people doing socially conscious movies. My movie Dry focused around the illegal marriage issues that are in Africa. Young girls are being married off. I used my film to get a lot of people to talk about it. The film won the best film in Africa. It won tons of awards. The film has a long-lasting lifespan. The people who saw the film wanted to help with the issue. Now, other producers are now also trying to consider doing socially conscious films that can drive conversation, so we can have a better society.

ATM: Yes, this is the problem that is known across the world about how young girls are getting married to men and female genital mutilation. How does this situation make you feel?

SL: I wanted to shine the light on those who are voiceless and do not have a voice. Also, to make sure the people that were affected are taken care of.

ATM: Since the film has this issue lessened?

SL: People have been more conscience. In Nigeria, there are a lot more conversations about this. Even Nigeria’s prominent people have come out to say who should not do this. People now know and where to get help. When I screened this film in Ghana, the Vice President banned child marriage in Ghana. It has been able to affect a lot of conversation around the world.

ATM: Our film industry Hollywood is male-dominated. I know Nollywood is quite different.

SL: Our case is different. We are trying to take over everything. Africa has always been predominantly women. I do not feel my voice is lost or my power is going away. I feel I can do anything. Whatever I think I do. I do not feel I am being limited because of being a woman. This does not even cross my mind. That is not my reality. I feel it should not be anybody’s reality. It is an excuse for you not to push beyond the boundaries. The good thing about the Nollywood industry is that the women are dominated. The women are the ones breaking all the barriers.

ATM: When have you worked in the United States?

SL: In 2010, I did a stage read in New York. I was a part of 300 women around the world to attend a conference called Woman in the World. I was one of the actors selected to go on stage with Meryl Streep. There were seven of us. We did a staged reading of a play called Seven.

Linus is currently in the process of making two films. These films will shine the light on the issues in Nigeria. Linus continues to work and uplift her film community while in a woman-dominated industry. This makes her a pioneer and a courageous woman in Nollywood. Linus latest film projects will be released soon.

The story of Alibaba and his 40 bandits was my favorite