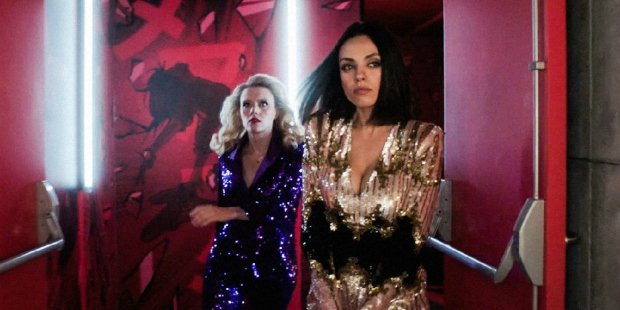 Entertainment News on July 15, 2018 0Likes At The Movies
ShareTwitterFacebookInstagram

One of two gay conversion therapy films hitting the big screen later this year is this adaptation of Emily M. Danforth’s 2012 novel of the same name. The film centers on a young teen in Montana in the nineties who is in the process of discovering her homosexuality. When her parents die in a fatal car accident, she moves in with her conservative aunt who catches her kissing a girl. Outraged and disgusted, she’s sent to a gay conversion therapy camp and subjected to immoral treatment. The novel is inspired by the real life story of Zach Stark, but flips the experience to that of a female queer person. Chloë Grace Moretz (“Kick-Ass,” 2013’s “Carrie”) plays the main character struggling to make sense of her sexuality.

After his teenage daughter goes missing, father David Kim (played by John Cho of 2009’s “Star Trek”) tries to piece together the pieces of the life she hid from him in the hunt to track her down. When the police investigation doesn’t dig up any leads, Kim takes matters into his own hands and searches through his daughter’s laptop to learn more about the daughter he thought he knew. “Searching” is a modern thriller guided by the internet and its ability to deceive and manipulate the world. Debra Messing (“Will & Grace) also stars.

A riff on 1977 James Bond film “The Spy Who Love Me,” this movie has Mila Kunis (“That ‘70s Show”) and Kate McKinnon (2016’s “Ghostbusters) playing best friends running from the law. Soon, they’re caught up in an international conspiracy after a group of assassins chase them across Europe.

Meant as an introduction of modern Asia to an American audience, the film is based on Kevin Kwan’s 2013 novel and follows a young Asian-American teacher who finds out she’s dating one of the richest people in Singapore. It all begins when she joins her boyfriend on a trip to Singapore for his friend’s wedding and discovers the wealth he tried to hide from her. The film is directed by Jon M. Chu (“Now You See Me 2”) and features Constance Wu (“Fresh off the Boat”), Henry Golding (“A Simple Favor”), Ken Jeong (“The Hangover”), and Awkwafina (“Ocean’s 8”).

When rowdy teenager Kit (AnnaSophia Robb from “The Carrie Diaries”) is sent to Blackwood Boarding School, she realizes there’s mystery in the air upon meeting its headmistress Madame Duret (Uma Thurman of “Kill Bill”). The screenplay borrows from its source material, a 1974 gothic fiction young adult novel by Lois Duncan. Duncan also wrote “I Know What You Did Last Summer” which was worked into a film in 1997 starring Jennifer Love Hewitt and Freddie Prinze Jr. Author Stephenie Meyer (“Twilight”) acts as producer of the thriller.

When a high schoolers try to summon the horrifying folktale of Slender Man – an extremely tall, faceless, pale creature dressed in formal attire who kidnaps children – as a means to debunk the myth, one of them disappears. Soon the others realize their friend has fallen victim to the Slender Man, and that he is real after all. The film comes after 2014’s real Slender Man stabbing in Wisconsin where two young girls attempted to kill their friend as a sacrifice to the fictional character. The two girls were sentenced to decades in a mental hospital and the story made headlines and popularized the lore of internet hoax Slender Man, whose origins lie in 2009 photographs by Eric Knudsen.

Directed by Brian Henson, son of “The Muppets” creator Jim Henson, the movie has faced legal controversy after the production company behind “Sesame Street” filed an unsuccessful lawsuit surrounding the movie’s tagline “No Sesame, All Street.” The premise is that of two detectives looking to solve the case of a puppet’s unsolved murder. The all-star lineup of the film includes Primetime Emmy Award winner Melissa McCarthy, Maya Rudolph (“Bridesmaids”), Joel McHale (“Community”), Elizabeth Banks (“Pitch Perfect”), Leslie David Baker (“The Office”) amongst a group of renowned puppeteers like Bill Barretta who has performed with the Muppets since the nineties.

Reading in dark always gets me excited