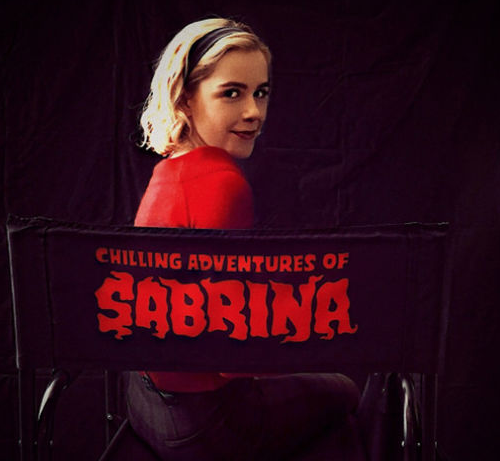 Entertainment News on July 15, 2018 0Likes At The Movies
ShareTwitterFacebookInstagram

“Riverdale” creator Roberto Aguirre Sacasa will direct the new series for Netflix, titled “Chilling Adventures of Sabrina,” a darker twist on the teenage witch we all know and love. The reboot was announced in September 2017 and is currently filming. Kiernan Shipka (“Mad Men”) will play the title teenager with mystical magic abilities.

Archie Comics, the original creator of the character Sabrina from debuted in 1971, issued a statement professing their excitement for the new series.

CEO Jon Goldwater wrote, “I am thrilled that Kiernan is playing Sabrina and have no doubt that she will embody the strength, courage and boldness that has made the character a fan favorite.”

Netflix has stated the show will be “in the vein of ‘Rosemary’s Baby’ and ‘The Exorcist,’” with this version “[finding] Sabrina wrestling to reconcile her dual nature – half-witch, half-mortal – while standing against the evil forces that threaten her, her family and the daylight world humans inhabit.”

The show is set to air on the streaming service in 2019.