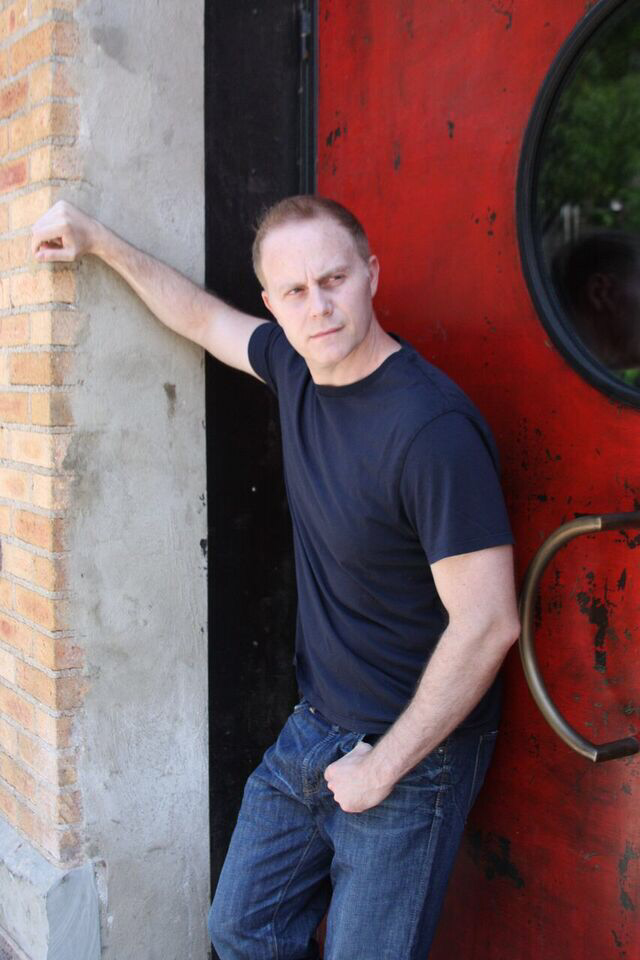 Entertainment News on July 26, 2018 0Likes At The Movies
ShareTwitterFacebookInstagram

Orange is the New Black’s new season is set to be different than the other seasons. Season 6 has the main characters in maximum security because of their behavior in the riot. The new officer in charge is set to make their stay extremely difficult. You will witness the attitude and treatment Jason Altman (Hermann) will give them through the episodes. Altman becomes in charge of these groups of women at the Litchfield Penitentiary. He recounts moments while working on set with ATM.

ATM: How do you feel when people, friends, or family members call you to talk about the show? What types of questions do they ask?

JA: They ask what episodes I play in and at what time can they see me. I can get very anxious. I really take the work seriously. I do not love watching myself on camera because it makes me a bit anxious.

ATM: Explain your experience working onset for Orange is the New Black’s Season 6.

JA: It was phenomenal. Arriving onset for the premiere episode was a bit nerve-racking. They gave me four pages of dialogue days prior. Two of these pages were monologues. This was the big plotline of the season. This was the first time I had met the cast for the season. Also, this was the first time meeting Uzo Aduba and Adrienne C. Moore who I have scenes within the premiere episode. They came up to me to introduce themselves. I had such a big fan of the show that made it feel like an out of body experience I had not met them in the season 5 finale. It was one of the best experiences of my whole career.

I would wake up early, get sent to my trailer, and find my costumes. They take you to trailers with hair and makeup. You put on your costume insider your trailer. Next, you wait for the director. They bring you the set to rehearse with the other cast members. The crew sets up with what was seen in rehearsal and the camera angles. They take you back to your trailer to prepare for shooting the scene. The scene was shot almost a year ago in August 2017 and just wrapped up this February. Two episodes per month. It took about six months for the whole season to be shot.

ATM: What qualities are your character Hermann representing this season?

JA: My character is definitely not likable. He is a veteran cop and also a dirty cop.  You can tell he has been in these type of situations before. He does not have many good qualities to him. Some of the good qualities are being a leader and being able to take control of the situations he is put in.

ATM: How do you feel once receiving a script with a character that is not likable?

JA: I think about what the character wants, what is he doing, and what he is doing to get it.

ATM: Describe the difference of your character as working in a women’s prison vs. men’s prison.

JA: He feels like it is going to be a piece of cake. In the season 5 finale, his goal was to end the riot. He feels like he is overmatching them and can do anything. Hermann judges working in a female prison and feels superior in strength. It is a match between them to take over the prison.

ATM: So, Hermann seems to have an issue with working with women that are limited to doing anything.

JA: I definitely agree with you. He looks down upon not just only women but criminals. He comes in there with a chip on his shoulder about this. He does not hold back with punishing them. Hermann feels superior to everyone in the world.

ATM: What is Jason’s personality?

JA: Jason is totally opposite than Hermann. He is a lovable guy, a family man, a peaceful guy, and not judgmental. I do not have any prejudice against women or criminals. Well, it depends what type of criminal you are.

JA: I am in no position of superiority to judge. I would have never thought of being a police officer. Only in my acting career. Apparently, I look like one. This is what I typically get casted in.

JA: I do not take anything dealing with my character home with me. I spend a lot of time working on the character. I bring everything of myself onset about the character. I want to bring the most of myself as possible. I do not judge Hermann while onset. I am ready to deliver the reality of my character once the director says action. This is one of the best things I like since becoming an actor.

Superiority and not being likable are attitudes linked to Altman’s character Hermann. Hermann continues to treat the women at Litchfield less than who they are. This season is set to be very different and expose more unique topics. Netflix’s Orange is the New Black released their sixth season July 27th.