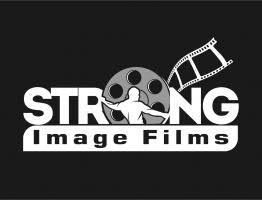 Spotlight on July 26, 2018 0Likes At The Movies
ShareTwitterFacebookInstagram

Rob Marchitti is the Founder and CEO of Las Vegas independent film production company Strong Image Films. He is constantly working harder to fulfill his passion for films. “I am currently working on three projects. These films are The Glass Circle, The Printer, and Grimmerson Manor.” Marchitti’s films will be shot right in the heart of Las Vegas, Nevada. This company has a creative side that brings in business entertainment. He wants to produce films that are interesting, entertaining, and refreshing for the spirit.

As a Colorado native, he also has a passion for real estate. On a daily basis he maneuvers through both for the sake of his dreams. Marchitti fell in love with the consistency with the film industry while first walking on a set. He feels the film industry has changed in various ways and has transformed the way we all look at films. “I have always been into the movies as a kid. It is really amazing and cool to see how films have changed over the years. I remember as a kid there was Betamax, then VHS, then LazerDisc, then DVDs, Blu-ray, and On-Demand Streaming. It is an amazing and fun time to be in the film industry today. Distribution just along has changed. Sometimes you have to stop watching and start writing.” Marchitti took his childhood passion and entertainment to the next level and begin creating films that were of his own interest.

After selling his company Midland Book Inc, he set out to move to Las Vegas with a spec of a dream. In 1996, this city’s scenery for the film was popular, but what is it like in 2018? Marchitti says, “The Las Vegas film scene is a lot of super hard working people working in the film community. There are a lot of really cool projects. It is a small tight-knit community. I love Las Vegas as a backdrop. The two films that I am producing has a Las Vegas backdrop, which adds to the commercial value. People will know what Las Vegas is while watching.”

Marchitti is in the distribution stages for his three films. He has already secured a few distribution partners. While his love for films still exists, he still finds time to help train and educate newcomers into the real estate business. Marchitti films should be released throughout the year and will follow next year.