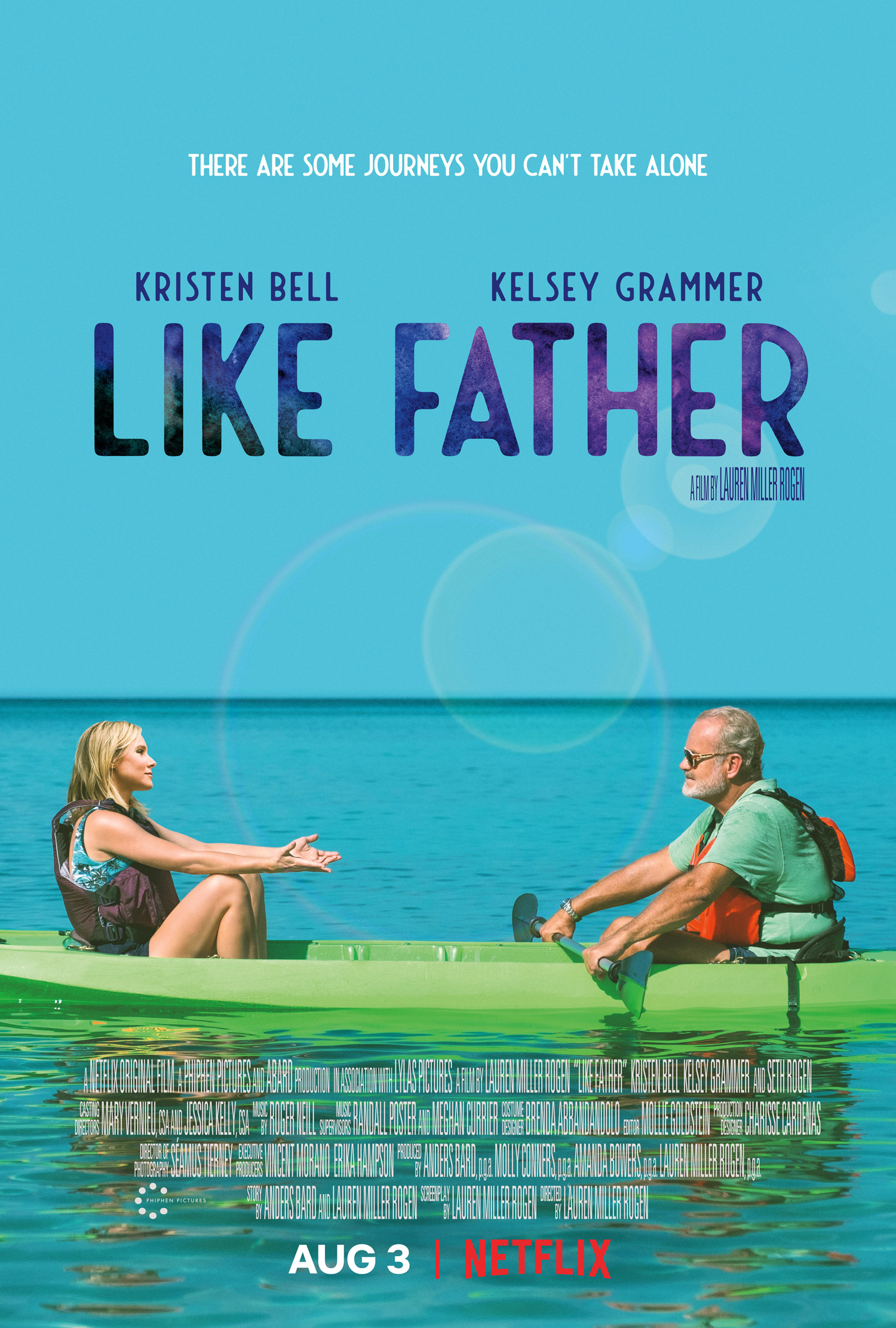 Movie Reviews on August 2, 2018 0Likes At The Movies
ShareTwitterFacebookInstagram

Be prepared to cry a lot and laugh a lot while watching Like Father.  Rachel (Kristen Bell ) gets left at the alter when  her fiancé realizes he can’t compete  with

her first love – her job. Along comes her estranged father (Six time Emmy Award winner Kelsey Grammer) whom she hasn’t seen since she was 5 years old.  After an all-night binger she wakes up on her honeymoon cruise – with her father in tow. Trapped together at sea, it doesn’t take long for the two to discover that they suffer from the same affliction – they are both workaholics.  Lucky for them one of their table mates is a recently licensed therapist.  It doesn’t take long for Rachel’s much wiser father to realize that she is making the same mistake he did – putting her career first at the expense of losing those who love her.  It takes a lot for Rachel to find forgiveness but some hilarious misadventures help. Seth  Rogen plays a recent divorcee who reads too much into his one night stand with Rachel.   Rachel finally gets in touch with her true emotions after their Jamaican tourist guide gives out more than local history.

Lauren Miller Rogen, who  wrote the screenplay, directed and co-produced Like Father could have taken the easy route and made a movie with a lot of  corny jokes and false sentimentality. Instead, Rogen created a tale filled with raw emotion and truth. Every daughter and father should watch this film together.  Just remember to bring the tissue box because even laughter can bring tears.

BIRDS OF PREY (AND THE FANTABULOUS EMANCIPATION OF ONE HARLEY QUINN)