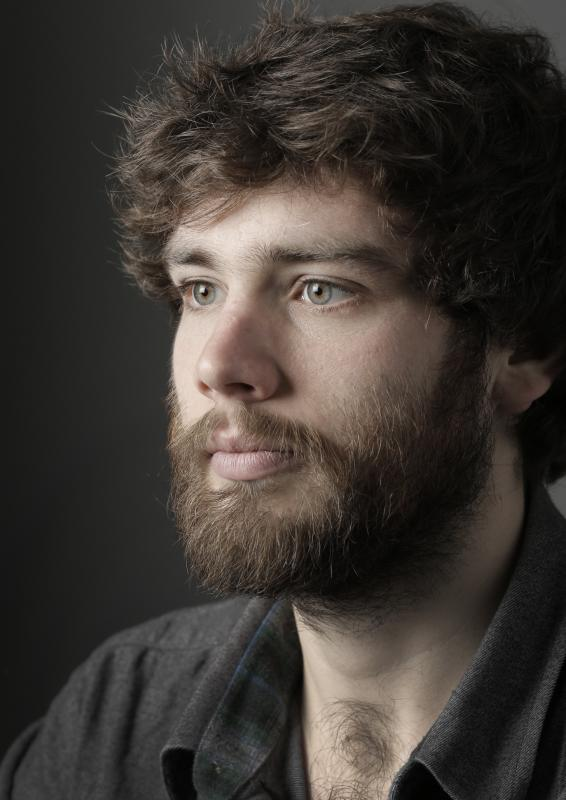 Reel 2 Real on August 14, 2018 0Likes At The Movies
ShareTwitterFacebookInstagram

Conflict is what contributed to the Sava River located in Europe. Matthew Somerville explores the ins and outs of the expansion of this river. All Along the Sava evokes the pressures of life and shows how a body of water can take on human characteristics.

ATM: Explain more about your film All Along the Sava.

MS: All Along the Sava is about a river that rides through the Sava. The river begins in Slovenia, goes to Croatia, and finishes in Serbia. This is the East Islamic Republic actually breaking away. Slovenia has already declared their independence. This flows from Western and Eastern Europe. The river has

the history of trade on this planet in an east to west path. The river is a protagonist. It gives a voice and human qualities. The river has a vision of mother nature. The river is kind of like your grandmother that drinks wine in the morning and talks critical as a human condition. This is while also questioning the condition of nation herd, nature, and borders.

ATM: Expand more on this river having a prior vision.

MS: The film comes from my own personal feeling of nature as being bigger than a national herd and national identity. These are the identities of a certain flag and cultures. This is a little bit dangerous as the world is getting smaller. We need to have an identity with each other on a national level. This ties into the river Sava. The river is now the border not only for Croatia but for the European Union. There is a physical frontier where nature is being used to divide people. There was once a time where a river was going through the middle. There was an oil refinery on one side and the hospital on the other side. They now travel between the two. There has been an idea of nationality. The river has a heart of power. This being critical of the ideology. It is better to talk to people about giving her human qualities. This is very spiritual, and these spirits are related to nature.

ATM: Did you just personify a river?

ATM: Why did you just personify a river? Why is this river a “her” to you? What about this river takes on feminine qualities?

MS: I see the river as a daughter to mother nature.

ATM: Why not a son of mother nature? Or father? Or Aunt? Or Uncle?

MS: We do not call it father nature. It is called mother nature. It just felt right. I tried it with a male voice and it did not work. The film is highly male dominated in the parts of the characters. The people here present themselves to us on a journey.

ATM: How long was the process to establish this film?

MS: We first had the idea four years ago. We drove out to London to research. We were coming into the situation as outsiders. It was important for us to get a deep understanding of what was going on. This gave us the time to research and film. Also, to get the bigger picture to make sure the story was right. We went twice last year. First, we went to a fundraiser and met the producers. The other one was a long trip to Slovenia. We wanted to continue what we started in the first trips associated to the film.

ATM: When did your perception change after being an outsider once knowing more inspiration?

MS: When growing up the first images of water was the conflict in Slovenia. I remembered the Croatian troops. This stuck with me. While studying documentary film-making and photography it started to make me question mainstream media and the way the situation raised. There are still different perceptions of Slovenia being war zones. This is crazy. It was 20 years ago. I wanted to give light beyond the reputation of war. My perception changed right away. I had to figure out how to express this through a film.

ATM: Now make me feel as if I was in production with you.

MS: An old friend from England wanted to come with us. He drove us out there. We woke up near the river and watched our faces in the water. We would have a character go meet and shoot with us. It was a lot of shooting and driving to the locations. We sat near the river writing the script.

ATM: What were the surprises? Things you never knew were possible.

MS: This happens more than you think. There was a guy who introduced himself to us. He took us to his hunting club. There were 20 people in the room with deep Serbia voices. We thought they knew who we are and was confused on what they were talking about. They gave us this huge meet from their freezer and allowed us to eat it. I am a vegetarian.

ATM: Wait. You are vegetarian, and you allowed Serbians serve you meat?

MS: Yes. I am vegetarian for ethnic reasons. If someone is giving you a gift, then I find it very hard to say no. This young girl showed up to find someone who spoke English in the village. She asked, why we were here? This was in Yamana Village. This is where the three borders came together. We started laughing because we thought they knew why we were there. We spent the next few days going on hunting trips with these guys. At night the young people would come back and they had parties. We had an amazing and intimate time in this village.

All Along the Sava is a film still in production that focuses on the human characteristics of a river. Somerville takes us on a journey through his childhood remembrance of the river. He puts his skills and values into a delightful film for all.