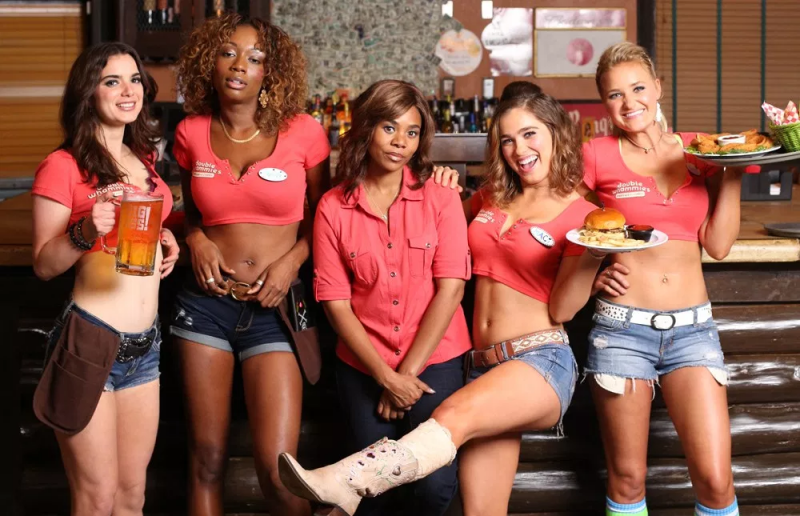 Entertainment News on September 10, 2018 0Likes At The Movies
ShareTwitterFacebookInstagram

Women are fighting for empowerment and respect in all aspects of popular culture. Support the Girls is a film that goes into the truths about women working in the cocktail industry. It marks the high disrespect that is received and the emotional struggles this industry brings to them. Nicole Onyeje chats with ATM on the film depiction,  as she was a part of this film.

ATM: How does this film match up with your morals in life?

NO: This film matches up with my morals in life by reminding me to live for myself and not for others while also continuing to do what I feel is right.

ATM: It can be hard to think for yourself in a world full of arbitrary ideas. A lot of people cloud a person’s internal thoughts which limits them to think and do for themselves. Do you feel women receive the appropriate respect in the cocktail industry?

NO: I believe women do receive the appropriate respect in the cocktail industry, but I do not believe that they receive that respect 50% of the time. A woman’s respect is demanded in this kind of industry rather than given.

ATM: How is this respect demanded and not given? Does this give a culture view on how women are viewed? What is it going to take for women to get this respect? Metaphorically, speaking the girls represents the women population and the diner represents America.

NO: In my opinion, respect is usually demanded by a woman’s work ethic. A person recognizes a worker’s overachievement, so therefore they are more likely to gain the respect of the ones around them because they have proved their role within the company. I believe the women can get the respect they deserve by changing the game by aiming towards a specific crowd. Obviously, the crowd in the film were men, some perverts. If woman shifted their focus of crowd they could potentially attract the attention of those who will give them that respect.

ATM: Is the restaurant Hooters a big inspiration from this movie?

NO: Yes, the restaurant Hooter’s was a huge inspiration to this movie! Similar things have happened in Hooters that they displayed in the film.

ATM: Take a moment to visualize a world of male working at Hooters instead of women.

NO: If men worked at Hooters instead of women, then I would only allow business casual attire as their uniforms except on Fridays and Saturdays.

ATM: Explain your interest in this film beyond receiving the script from your agent.

NO: I was very excited about this film because I was amazed by the way the story is told. It basically showed the lives of waitresses on and off the clock at this job. A beautiful girl at such a restaurant is more than just her face, she has thoughts opinions, and ideas just like everybody else. Customers and management sometimes forget that their appearance is not the most important factor in their job. For these ladies to slap a fake smile on their face and tolerate some of the most ridiculous things is commending and customers should start showing it.

ATM: Is this appearance aspect similar in acting? The casting agents are first met with your headshots which makes them possibly draw notions about you that might be true and are.

NO: Yes, it is similar in acting. This just says that America has a habit of stereotyping individuals but that does not always mean that it is in a negative way.

Support The Girls exposes the reality of how the cocktail industry negatively affects women. These women are the core of what makes this service thrive each night. The film also stars Regina Hall and Haley Lu Richardson. Support The Girls is currently in theaters.