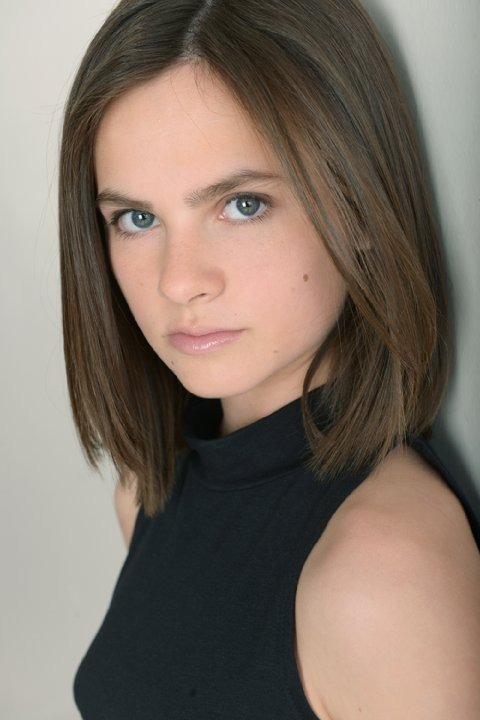 Entertainment News on September 11, 2018 0Likes At The Movies
ShareTwitterFacebookInstagram

Getting over internal scars is challenging amid what life throws. People are inspiring and supportive to others. Beautifully Broken is about three families giving each other hope to help get through their own personal struggles. Emily Hahn plays Andrea Hartley who has a secret of her own. This film also debunks traditional views about fathers and mothers.

ATM: Explain how this film challenges your ideas about hope used in your own life.

EH: There are three families in the film that struggle to outcome different obstacles. This made me realize that everyone needs hope despite

their struggle. Despite whether they are a refugee. We all struggle to find hope. If we can recognize in one another that all we need is hope, then we can build a better community, and also find humanity and relationships. We have to all recognize to have the common desire to find it.

ATM: Why do you feel our internal scars make us all beautiful?

EH: Benjamin A. Onyango who plays William is broken because he is away from his family. He uses his experience as a refugee to spread light to others. William has wisdom from going through a terrible experience. My character is appointed to others and spreads the light to others when feeling broken. Light shines through us better when we are broken.

ATM: How has this film taught you to add more values and morals to your life?

EH: The ideas of authenticity, honesty, and forgiveness. There is a scene in the movie that focuses on forgiveness. This scene is very incredible. Especially when someone has done something bad to you. This scene is between William and another character. Forgiveness was a key theme in this movie. It taught me that you can overcome the need for revenge and fear to move on. William says, “Forgiveness is the only one I know how to let go.” This quote has deeply impacted me.

ATM: Do you believe Andrea’s trajectory on pain was the best way to convey to the audience her feelings?

EH: The script shows the true arc of her life. The writing and the directing of the film took each character through their profound storyline. It showed the dynamics that we go through as humans. I loved how her trajectory was written and how it was made. I spent a lot of time with her parents.  They helped me to get a view of her story. It allowed me to put this into the portrayal.

ATM: How was the energy around the screening night and theater release of this film?

EH: I have heard from different people who have been hurt in different ways. People left the theaters at the screening not feeling left alone in their pain. It was beautiful. Our main goal is to shine a light where there is darkness. We want to let people know that what they are going through others are experiencing it as well. We can shine a light on each other from being honest with other stories. People’s reactions were incredible.

ATM: How was this film different from your performance in the film Toy Story 3?

EH: The content is different. Beautiful Broken is a free indie drama and a true story. This changes how you approach a character. There is a lot

more pressure to perform. You want to bring justice to someone’s real life. The difference is the weight that each story carries. I felt the pressure with my character to portray it with sensitivity and honesty.

ATM: How does a true story influence how you approach a character?

EH: You have to really know the person’s story. There is a difference between creating a character and not creating a character. You have to channel the person’s energy and story. There is a lot more involvement of respect and empathy. I was able to get a real life experience of what happened to her and their family. It is harder to achieve the respect and empathy when you are not building the story from scratch.

ATM: Express how you feel this film depicts fathers versus other films.

EH: Fathers are portrayed to be the financial figure and in some condition of success in society and in other films. However, Beautifully Broken shows fathers need to just be that loving figure and spread hope to their family. This is the main difference. We wanted to spread the message that fathers do not have not only have success or financial benefits. Mother and fathers are supposed to be living figures to their child.

ATM: This film denotes the world’s stigma that fathers need to be the backbone and breadwinner in their family. They just need to love similar to a mother. This film takes fathers off their pedal stool and expresses their softer sides.

EH: Beautifully Broken shows each mother is the stable source in their families. We are trying to get across that the stigma needs to be removed.

ATM: This puts mothers as the head of the household instead of the fathers. We do not see this a lot in society or in films.

EH: The mothers are the pillars that hold up their family in this film. Beautifully Broken is trying to convey to fathers that they should take up a role of being a pillar. They do not look more toward being a provider. This could mean taking off a day of work or giving up some financial success. Life is about our connections with one another at the end of the day. Life is not about fame, wealth, or success. It is about being in the movement with ourselves and finding harmony.

ATM: Why do you believe films do not highlight the debunk of the father stigma?

EH: We are taught to conform in today’s society. We also like what feels familiar to us. Going against the current is scary to people.  We do not like to be different in our instinct. This means we are not invisible anymore and cannot blend in with others. This is the reason films do not approach it. It is time for them to approach these stigmas. You have to spread light and not conform to the patterns of society.

ATM: Society copies off the construction of films. If films keep portraying parents being like this, then people will keep on thinking this way. This film will allow people to think about a different way to view parents in society.

ATM: People who go against the conforming are considered weird because it does not follow along in the pattern.

EH: We are starting to see stronger female characters in film and television but there still needs to be more. There is still a trend to show the father or male figure as the only person reaching success or the main provider. Everything should be balanced in this world. People should be able to seek equality in their roles. Beautifully Broken now in theaters.