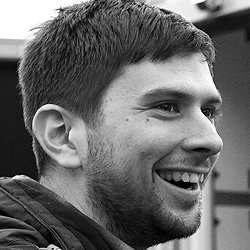 Reel 2 Real on September 13, 2018 0Likes At The Movies
ShareTwitterFacebookInstagram

The film Winter Ridge focuses on real-life situations where love is at stake for Detective Ryan Barnes, while a serial killer is running through the town. Dom Lenoir follows the depths of the story-line and really connects with the actors of the movie.

ATM: How did you add creativeness to the original script taken from Ross Owens?

DL: This film was originally set around a couple of locations. It went back and forth with the detective making a few leads and going through circles.  We tweaked a few things to give the film a secondary storyline. We followed Detective Barnes journey through grief. This was something to

put in as a thriller but also a drama. He had struggles going on and this brought to the script.

ATM: What did you want Ryan Barnes’ character to show the audience?

DL: I wanted to portray a guy who is completely lost. He is battling with his sense of duty. These struggles in his personal life. Barnes’ had connections that he is forced to forge through the murder investigations. This brings him out of his grief. Barnes’ finds himself through the journey. The character is dealing with this tragedy.

ATM: Why is being a director the best fit for you?

DL: It is not a choice. Film and storytelling have always been close to me at an early age. Film and psychology interested me when going to college. These are two factors of directing. I can also do things with a camera. My background originates in cinematography. I realized that the actual stories were more interesting. Directing came naturally. It has not been a conscious choice.

ATM: Did you get emotionally attracted to the storyline?

DL: You do not get attached to that extent, but to certain parts of the film. You have to be connected to films when trying to make them. You have

to empathize with their struggles. If you cannot do this, then your film is not going to connect with the audience. I could really connect with the script. I created this feeling throughout the film. The audience has a catharsis from watching it.

ATM: What themes and scenes did you empathize with in this film?

DL: Loss and grief. Many people can identify with this. I also have had similar experiences with my grandmother. I understand the struggle with people becoming forgetful. I am familiar with the underdog story. This is the best part.

ATM: What were your strengths and weaknesses with directing this film?

DL: The strengths were working with the actors to create a unique vision in terms of sound, production design, and cinematography. I like to have a plan and to improvise but am not the one who is extremely serious about planning. I do not like to over plan. This can work against you. It messes with everything in this film. There are more people out there that go with a more comfortable idea. I prefer to not do this.

ATM: How did the location scouting turn out?

DL: I had looked everywhere. I was reluctant to shoot in the UK because there is a certain look am not a fan of. It looks like a small town in which everyone knows each other. The milkman comes along and people have their cup of tea. I have always wanted to avoid this, but I like to do bold cinematography. These locations have a black and wild look. It was not like the UK. It gives the film a different look.

ATM: Where did you envision the film’s artistic look? What were the desired time periods for the scenes?

DL: In the last couple of years there has been a certain technology that I’ve liked. This is the opposite of cinematics and selfies. There are certain elements with social media that draw me out of the film world. I already try to get back to the duties as far as trends. I go into a timeless avenue in most of my films. The idea was that we were shooting a remote location. Time dominates this. Time has forgotten it and it has not progressed. There is nothing specific to date it with a certain period. This is why we fictionalized the name of the town. We wanted to have its own personality.

ATM: Why do you feel a town should exemplify the same characteristics as a human?

DL: This film is a reference to movies like Insomnia and The Prisoners. The backdrops set almost the same scenery as The Prisoners. It has the cloudy windows and most of the distorted vision. This carved into Winter Ridge. Insomnia was about the drift of this frozen landscape. It is about the mirroring of themes on the outside. There are a lot of silhouettes and backlighting to create puppets of shadows.

Lenoir directed this film to set with the audience’s emotions of loss and grief. This film has gone through various revisions but has found its way to the big screen.