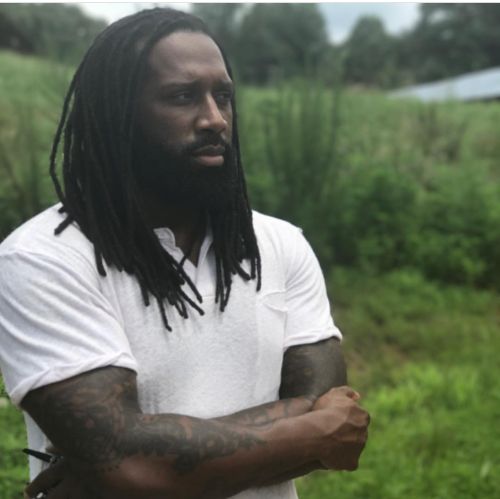 Shaun Mathis is a filmmaker with Laconic Production in Atlanta, Georgia. As the co-owner of Laconic Productions, he is currently in pre-production with a lot of new, innovative film projects. They recently just wrapped up the short film “Duran’s Black Magic”. This short film is a mixture of music, heartbreak, and love; about a father trying to fulfill his dream as a music artist but cannot balance spending time with his son. Mathis discusses with ATM the preparation and the brainstorming that went into this film. Also, he incorporates knowledge derived from working with 2 Chainz and Young Jeezy into finishing the film.

ATM: What was the initial goal or message regarding this short film?

SM: The first initial message was to show that black men just having their child is not enough. It’s more about spending that quality time with them because something tragic could happen. Another message we wanted to convey occurred in the beginning, which was when the mother would not let the child leave with Duran {the father}. Every adult in this situation was wrong and the child was the only one correct. Duran was wrong in putting this hands on the mother when he moved her away. She was wrong for keeping the child away. The boyfriend was wrong for interfering. We wanted to convey the message that it is not about the individual, but it is about the well-being of the child. Also, tragedy has a way of bringing people together.

ATM: In black families, it is more common for the child to be raised without both parents. Preferably without the father. How did you think to depict the relationship between son and father?

SM: The idea was to show how the closeness of their relationship is. So, when Duran picks the child up and storms into the car. The child was smiling because he really wanted to go with the father. He really looks up to his father and loves to spend time with him.

ATM: How did you prep for this film?

SM: The preparation took about three weeks. Duran originally wanted five music videos. He wanted my thoughts on what type of video we could shoot when I heard the music. I took the music and wrote a script that tied into every song. He hired my production company to cast it. I went out to scout locations for it. The week before we were supposed to shoot my mother passed. So, we had to push the project back two months. We had to be strategic about all the scenes because we only had one day to shoot. I was able the manage the locations within a half mile of each other. We shot a scene, packed up, and moved to the next location.

ATM: Police brutality has been a problem in America for decades. It has become more publicized in the media since Trayvon Martin. How did you want to show this in a  different manner.

SM: Everyone knows the story of Trayvon Martin. It has been highly publicized. The Tamir Rice incident was not as publicized as Trayvon Martin. We brainstormed about what a young boy goes through when his father is not active. The child being so young, he is just in the park and he was not aware of what was going on in the world. If his father was there in life, then he would have prepared him. We wanted to recreate this because so many of our young black boys are left alone. We could have gone the Trayvon Martin route, but we wanted to focus on Tamir Rice. Rice was young, and he honestly did not see it coming.

ATM: What did you learn about yourself after directing this film?

SM: I am a single parent also. I had to look at myself and ask if I was spending enough time with my daughter. Am I having these conversations about how the world works? Am I spending that quality with her to the point where she does not feel alone? It made me look a more of time I spend with my child.

ATM: How do you feel this film depicts a black male in America today?

SM: I think the film depicts a black male in a positive light. He wants to be a father and be in his child’s life, but he does not know how to. A lot of times as parents we have dreams and careers. We do things that take up a lot of our times. We wanted to show a black male trying to be in his child’s life but also trying to balance with his dreams. And, if it is not balanced what would happen.

ATM: You have worked with some well-known Hip Hop Atlanta artists such as 2 Chainz and Jeezy. Are there any others?

SM: I was worked as banker before being a full-time filmmaker. I managed a few of 2 Chainz’ accounts and I became close with management team. When they were looking to shoot a movie called “Takeover Your Trap”, the manager of the company asked me to cast the movie. I came on board as the co-producer and co-director. I casted it, hired the crew, and shot it. I did such a great job that this gave me the opportunity to shoot four music videos with 2 Chainz. I shot one video with just Jeezy himself. Now I have a good relationship with that management team and The Migos management team.

ATM: What qualities did you use from the projects with 2 Chainz and Young Jeezy for “Duran’s Black Magic”?

SM: Every minute is money. You must be very detailed. I learned things about scheduling and preparation.

Shaun Mathis put a lot of time and effort into “Duran’s Black Magic The film shows the family dynamics of the relationship between a father and a son. And makes one think about the importance of spending time with your children and family.

World Channel’s ‘G is for Gun’: Its Message On Taking A Stand at School