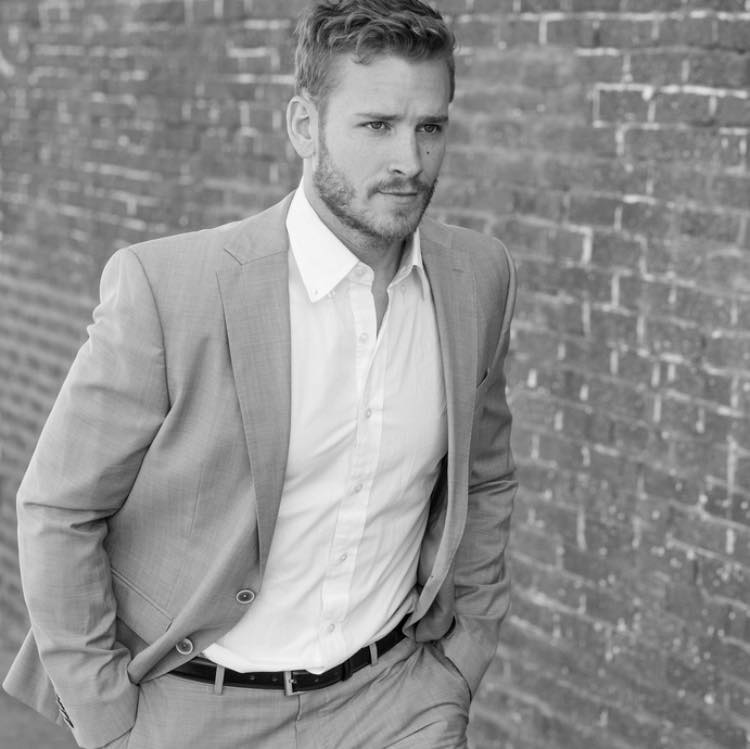 Nicholas James: Definition Of A Man

Interviews on October 7, 2018 0Likes At The Movies
ShareTwitterFacebookInstagram

Sexual preference. Validity. Homosexuality. Secrecy. These are all the traits Nicholas James’ character Officer Justin deals with on Tyler Perry’s The Haves and the Have Nots. James explores masculinity in softer settings.

ATM: Explain the progression of your character Justin.

People hit me on Facebook. They say, “I know a guy like this or I am sort of like him. This has helped me with my life or friend’s life.” This is the most rewarding part of my role.

He does not know how to bring it out. I worked in a gay bar for a really long time. I became really close friends with the guys who worked there. I am completely fine with my sexuality. I would ask questions about when they found out they were gay. When did you know? They all said when they were young.

I came from a small town where no one knew if anyone was gay. There was no one in my town who was gay or out. It is not okay to be gay in a small town. It is fine in a big city like Los Angeles. It is similar to talking about the woman you like. I get to see how people feel about gay people and how they are treated coming from a small town. Your mother, father, and entire family will disown you. I see both sides of this. I was interested to know about both sides. I am straight. I see how I am completely accepted by my parents. My parents would not care if I was gay. All my friends back home are straight. However, I know for a fact if they were gay, then their parents would completely disown them. I have seen this with people at the bar telling me what happened with their parents. I am frustrated with this. My cousin came out as a gay. It screws someone up.

ATM: It screws them up to make them feel they are not wanted because of their sexual preferences. Your character is obsessed with Jeffrey. He risked his marriage to go for his true and ideal sexual preference. It has ruined Jeffrey’s and his wife’s life.

ATM: No. Tyler Perry would have never been able to write this script. It would have never even been a conscious thought or idea. There is still a movement on this. It shows with your character. Your character represents homophobia and how families can turn on you. They turn on you if your sexuality does not line up with their beliefs. Your character job is male-dominated. You take on what is considered feminine traits. You get jealous when anyone is talking to or likes Jeffrey. You are a macho man and work in a male atmospheric environment. Society does not let you write a heart on a paper about another male. They are going to say you are such a girl.

NM: Your validity as a man is completely comprised of the squad. If Office Justin has an opinion about anything, then it is completely washed out because of who he likes. I am completely attracted to back females as a white male. If this was still the case, then my validity would be comprised. My opinion would not matter because am dating a black woman. This is so mind blowing. Anyone could be a genius or the next Dr. Martin Luther King Jr. All the sudden this would not matter because they like the same sex or a different race. It is disgusting that this is a thing. People try to find dirt on people if you like the same sex. Therefore, noting that you do matters.

ATM: This makes you draw the ideology about what makes a man a man.

NM: Yes. You and I share this same frustration. Out of this frustration comes Officer Justin. His mother will hate him if he comes out. This is where the frustration lies. It is a catch 22. My character does like the same sex. If I come out, then all that we just talked about will come out. All my opinions will go to waste because of sexual preferences. You have to stay in the closet to have any sort of validity in anything. You cannot come out. Your home and who brought you up is a foundation. If all the sudden my parents were not fine with interracial couples, then my entire foundation would be pulled out from under me. I have been blessed with the best parents.

I am going to tell you a little story. I had a scene where a dad was a jerk. He had to beat me. This was a scene in class. I had to talk to him in a hospital. The acting coach said I was not quite getting it. They asked If I were using my real dad. I said, “I cannot use my real dad.” My real dad is like my friend and would never lay a hand on me. I called my dad to say, “I was nervous to play this really gay role.” He said, “Nick you are an actor. Go in there and do this job the best you can.” This gave me goosebumps. He is such a great guy. My acting coach said, “Imagine this guy is the dad you lay down to at night and wish this was the guy you had. This was the actually guy who beats you up.” This made me think. I have the best, but what if I was the little boy who did not. It made my heart go out to every child who has an abusive or disrespectful father. They are not loved how my father loves me.

NM: Oh my god! It instantly made me break down in this scene. You have to hold it together. You have to be strong. If your dad is not cool with whomever you are, then it creates a caucus. You cannot break down and cry because you will look like a mess every time. You put on an armor of toughness. Office Justin’s mother is not okay with same sex marriages and she is racist. This is a lot. You are going to see all this pain. You are suppressing who you are because of not coming out. It will make you explore in some destructive way. I have seen people who you question if they are homosexual or bisexual. They act like they like women. You see them going downhill. You cannot keep this mask on your entire life. It will start to eat your soul. This is similar to Jim Carrey. He put on the mask to become a person or better version of himself. It started to ruin him, and crazy things happened. It is bad for people to put on masks of masculinity to cover up shame.

ATM: What is your definition of being a man?

NM: I am so happy you asked me this. It has been something am discovering. It has been a beautiful discovery. I wish that every man will hear this to go out to discover what this means. To look back on life during my 20s. I had this touch guy pseudo. I was putting a lot of stuff on top of this. I was going to the gym to get bigger. It was like why are you getting big. Well if someone tried to fight me. This is where it always goes to this macho side. This is how small towns are formed. A man means now a man who can admit hurt, wrongdoings, fault, and admit things we never want to say. These things are the feeling of being hurt or having trouble, and insecurities. Most men put on a mask to say this does not hurt.

ATM: We do not get to see or witness male sensitivity.

NM: People asked how I felt when having a girl. I was relieved. I wanted a boy prior to my fiance being pregnant. Every guy wants a boy. I sat down at the doctor’s office to think about this relief. I was afraid of not being man enough for my boy. I could not teach him to be a man. My father is a man’s man. My father has rebuilt our house and a truck. He fixes everything around the house. He has a soft side, but also a stern side. My father has a humorous and serious side. I see him as a superhero. I could never be this. You start to realize you have all these qualities. It is normal for every guy to second guess these things. If you ask the proper questions about second guessing, then you find out beautiful things about yourself.

ATM: There is something within your gender that shapes who you are. Women should explore their femininity. This helps them become mothers.

NM: This is a great point. Even women finding out what it means to be a woman. This is about the discovery of knowing how it is to be a mother or a father. You are digging deeper to find these answers. People do not think deep from where I am from. This is the excuse for everything. There is a lot of simplicity. I want the most out of everything in this world. I want to know more about characters and people. The love of people helps me learn about characters. Our jobs as actors are to never judge our character. My character and I would be fighting on camera. His voice wants to be heard because I would think of him as a jerk. I have to let him speak through me. This is a real guy who is going through things.

ATM: People have perceptions of actors just reading the script and then going onto a set.

NM: There is a lot more. Some actors who are close to me will have an entire script marked up. This is how they work. I work best if learning the lines 20-30 minutes before. I am better. My acting coach is fantastic. It has taken me 15 years to find the right coach. This is when my character started to go off. You feel like you should be doing this and that based on how other actors work. No actor works the same way. I found out am a thinker. A thinker screws thing up when given time to think.