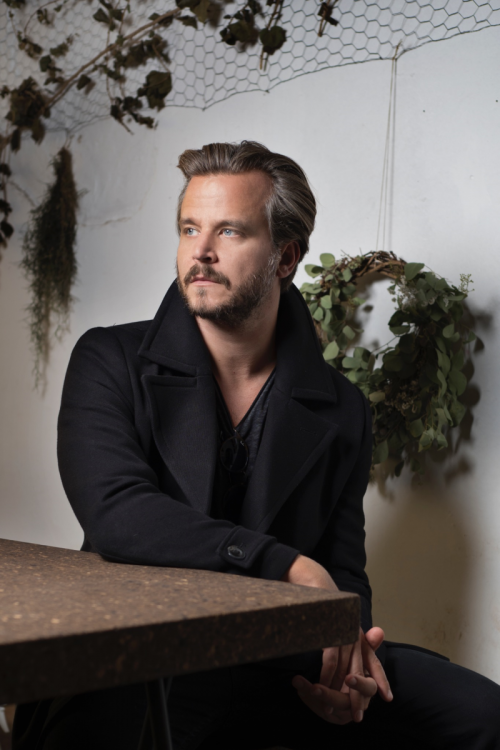 Máté Haumann Speaks on Society and the 20th Century

Interviews on October 15, 2018 0Likes At The Movies
ShareTwitterFacebookInstagram

The early part of the 20th century was a time where women did not have a voice or a right to take ownership of their work. Colette is a film about a woman, Sidonie-Gabrielle, trying to get ownership after ghostwriting on her husband’s work. Hungarian actor Máté Haumann talks with ATM about women of this time.

ATM: How do you feel women were treated during the early 20th century based on the performance of the female characters in this film?

Máté: Gender equality was nowhere in sight. It was a different patriarchal society getting jobs was a lot different. Our society is still going through a massive transition in the light of this. This is a great thing. There should be a healthier balance. I am on for it. Bring it on. The whole change is brilliant.

ATM: Based on your answer in the previous question, explain how men were viewed. Was the perception on men correct or exaggerated by their society?

Máté: Back in the day, men were considered the know-it-alls of the family and thus society. As a Hungarian, I had a chance to feel what it is like to be a part of such patriarchal society. This is just how it was. Sometimes it did not work but at times there was a mutual understanding also. Take my mother for example. She is immensely proud of all of her children and how it all worked out between her and my dear father in mutual love and care. It was discussed and agreed upon. I was one lucky kid growing up. Thankfully things are on the move in our society. The younger generation is beginning to comprehend this breakthrough transition today.

ATM: Describe a day as if you lived during Sidonie-Gabrielle Colette’s time. What would your daily schedule consist of? Family? Kids? Beliefs? Social life?

Máté: My character in the movie is called Count Muffat. I always thought of him as a larger than life socialite. That being said I didn’t think of him as a very constructive and collected person. More so someone who truly enjoys his status and not always to its best merits.

ATM: Did the economic system influence how any gender was treated?

Máté: Some tasks and professions were considered more for the men than otherwise. There was a big differentiation in jobs. My character’s steady social status provided him with a different kind of ability as a nobleman.

Máté: I would say there is hope and they should always strive to make their voices be heard. This is the motto of Colette. The motto is not to be led by anyone. I am displaying this with my actor’s mind. They should keep going, exploring boundaries, and also be pushing them. They should stand up and stand their ground.

ATM: Explain your desire to act. What about acting keeps you waking up each day?

Máté: The past 50 years my father has been and still is a well-respected actor in Hungary so it was inevitable not to live and breathe it in our home. It runs in my family. His dad was also an actor but did not do it as a profession he only did it for the love of it. I am ever so grateful to fate that I can be a part of this beautiful transition if not legacy. I cherish every wonderful opportunity that comes my way. I cannot see life any other way than being an actor.