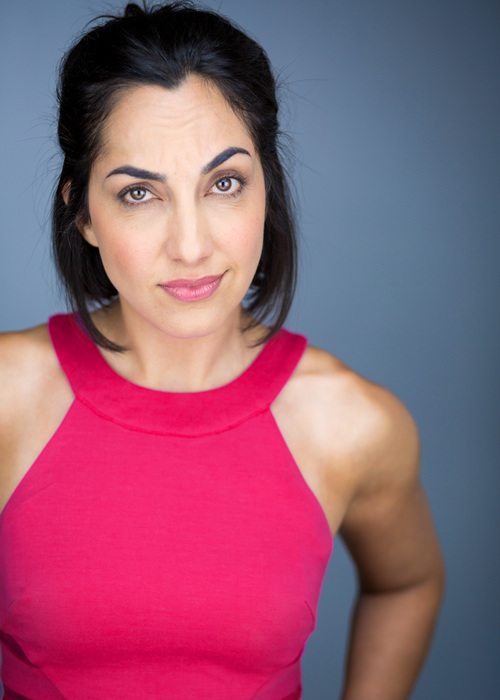 Interviews on October 15, 2018 0Likes At The Movies
ShareTwitterFacebookInstagram

Trauma is a part of everyday life. When the life of Jim Carrey’s character, Mr. Pickles, on Showtime’s Kidding takes a hard turn, he must figure out how to handle his emotions in the midst of continuing to be an inspiration to children on television. Actress Samira Izadi recurs in this show and shares her thoughts on how we can learn from the story’s plot.

ATM: How does this show display people who are widely respected go through trauma?

SI: That fame does not shield us from trauma. It does not matter how one may look into the public realm. Especially with Instagram and other social media tending to show a perfect picture, it’s easy to forget that we are all dealing with our own battles and struggles. We have sadly seen famous people succumb to drug overdose and suicide. People like Robin Williams. We are all left so shocked because they seemed to have been on top of the world and yet . . .

This is what I love about the show. It does not matter if you have money, fame, and people love you. It does not matter. We are all human. We all have good days and bad days. Money and fame do not protect us from experiencing helplessness, sadness, or isolation. There was a study done a few years ago that revealed that the most popular future goal among children was to be famous. We live in a fame crazed society. With most public figures, we are mostly exposed to their good times and glamour. Kids think if they were this famous and had a ton of money their life would be better. “Kidding” reveals there is no guarantee that fame will fulfill you or make you happy. And it’s important for a show like “Kidding” to show a different narrative; a different side than the one we’re accustomed to seeing associated with fame.

ATM: I feel many people are attracted to the portrayed perfectionism of individuals working in Hollywood.

SI: Right, the perception of perfection.

ATM: There are a lot of people who want to act just like you. They do not see the other side of how it is. Kids think this looks nice. You have to create a secondary self when you are in the limelight. This goes for people in Hollywood and Jim Carrey’s character. There is the “self” that is publicized and then there is the “self” that has been the “you” all through your life. You have to maneuver through both of the “self’s” daily. Whereas people that are not famous only have to concentrate on one “self.”

SI: I totally agree with you. A painter paints, a dishwasher washes dishes and a famous person sells a persona, a brand. Their job is to show us this secondary persona. This is their profession. If their brand is happy and glamorous, then it is their job to look happy and glamorous. Unless of course, they have the courage to show us a more authentic side. Which will inevitably have an impact on their career – both good and bad?

ATM: This is what people should realize. Once a person is let into the public eye there is no turning back.

SI: You could retreat. But if this is your way of making money and you do not know any other way to make a living, then yes, it could feel like you are stuck. But you are never really stuck. Few are ever really stuck doing anything, that’s just a story our minds make us believe.

ATM: Would you endure the same emotions on this show if you were Jim Carrey’s character?

SI: I would 100% feel I was coming undone. I imagine it would drive me to deeper levels of awakening and authenticity. Tragedy like the one he is going through. . . it is such a raw, vulnerable experience. And then to be in the limelight and to have to continue work in such a public way. I can empathize with his dedication to his viewers; to want to be there for the children who are relying on him. While at the same time he is trying to come to grips with his own pain. We’ll see what impact that has had and will have on him and his family’s life.