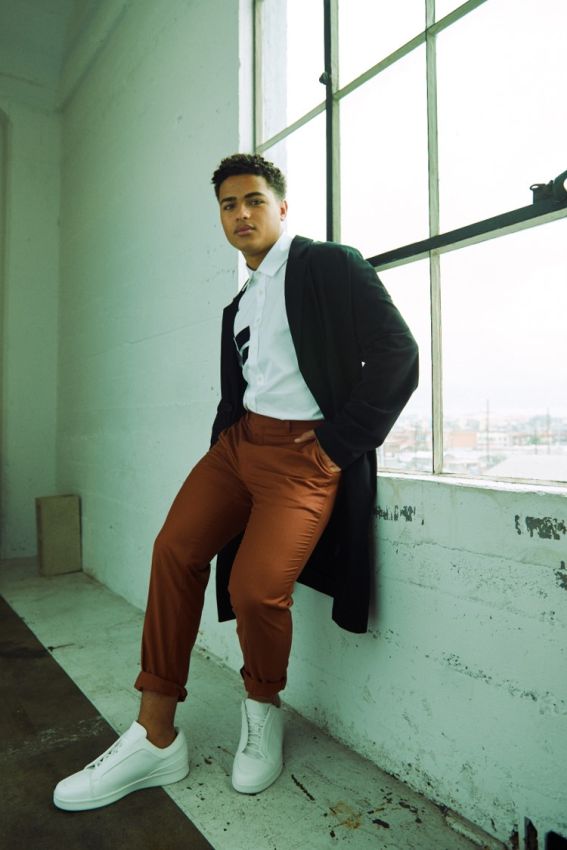 Spotlight on November 6, 2018 0Likes At The Movies
ShareTwitterFacebookInstagram

Nathaniel Potvin co-stars in Facebook Watch’s Five Points that follows a group of high school students who come from different walks of life. They each experience a life-changing event and it is given to us through five different perspectives. This is also an event they all contribute to and learn from. In each point, we seem to understand and develop a closer relationship with the characters. The main characters who we receive these points from are Nathaniel Potvin as Wallace Marks, Spence Moore II as Eric Harper, Ray Cham Jr as Cameron “CJ” Jin, Madison Pettis as Natasha “Tosha” Bennett, and Hayley Kiyoko as Lexi Himitsu. Five Point’s Potvin’s character will be analyzed based on information gathered from talking with him.

Potvin’s character Marks represents almost any average high school student’s life. He is eager to fit in and is willing to do things out of his comfort zone to accomplish it. He strives to fit in with a football player on the show. In his low self-esteemed behavior, we see Potvin portray a character who is trying to find someone to want him and a place in society. High school is this society. Culturally high school is a place where preteens leave while in their adolescence’s stages of life. They are usually trying to find their identity and where they fit in into the world around them. There is no one to hold their hand. Marks’ typifies these characteristics on the show.

Potvin felt he resembled some features in his own character on the show. Wallace is a character who gets bullied by a high school football player. We see a young man’s sensibilities and vulnerability played right out in front of us. This young adult actor experienced bullying while in middle school. His height and size were not the same as the other children. His social attraction and attention were not up to the standards as the other children. He expressed there were times he was not able to eat lunch in middle school because of the bullying.

Wallace creates a voice for people who are not able to fit into the high school culture. People living this experience can have a voice through a Facebook streaming platform, Facebook Watch. People who are experiencing high school in such a way as Wallace get to realize they are not alone in their journey of high school.

Additionally, Potvin feels he has lived a similar life as the other characters on Five Points. He was personally bullied. He has been a part of other characters in this show. In high school, he felt like the popular one, sports guys, and social person. We were able to see a vulnerable and emotional portrayal through talking with Potvin about his character and what he represents. We get to see a modern-day version of high school and re-experience it through the eyes of Wallace played by Potvin. Five Points originally aired on Facebook Watch this summer. You can currently still catch up and watch it countless times on Facebook Watch.