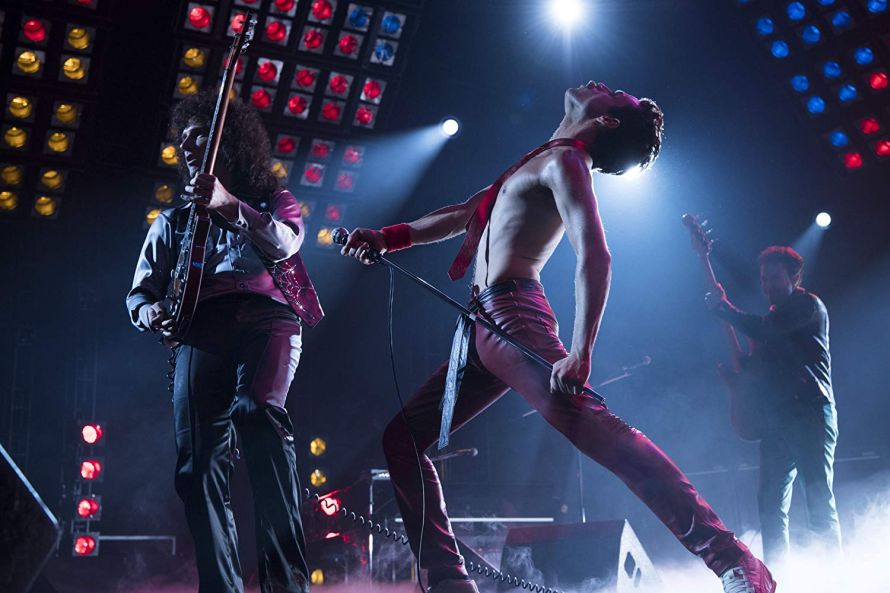 Movie Reviews on November 12, 2018 0Likes At The Movies
ShareTwitterFacebookInstagram

“Fearless Lives Forever.” That is the slogan of the trailer for the film “Bohemian Rhapsody,” and it is indeed suitable. This movie is not shy about depicting for the audience how Farrokh Bulsara, better known as Freddie Mercury, was all about defying labels and transcending conventions in every aspect of his life.

Mercury was born in Zanzibar, a kingdom which would cease to exist within his lifetime, and spent most of his childhood in India before his family moved to England. His status as an immigrant is not given lavish attention, but from disputes with his family to being mistaken for Pakistani, it is definitely present. In many ways the story of Mercury’s early life is reflective of the struggles children of immigrants around the world face; the conflict between conforming their present surroundings and the expectations of their heritage.

Mercury, it seems, resolved this dichotomy by rejecting both. Musically and personally, he created a whole new identity for himself instead of accepting any that were offered to him. He broke all the rules. The movie showcases this by depicting the smallest details, from methods for composing music to his chronic tendency to show up late. In his very first performance in the movie, he dresses in women’s clothes and breaks the microphone off its stand because he finds it too limiting. “Formulas,” he says in response to criticism of the song Bohemian Rhapsody, “are a waste of time.”

Mercury also refused to accept the boundaries of limitations. From the start of the movie, we see him unapologetically aspiring for greater things after his day job moving luggage at the airport. He convinces a band about to give up taking a chance on not just him, but themselves. He convinces them to believe in music that defies categorization.

For being a film about one of history’s most famous rock bands and its famously flamboyant front man, the cinematography is rather tame, at least in the beginning. The dusty looking scenes where dialogue takes center stage creates more of a documentary feel. Slowly but very surely it builds to the climax of Queen’s performance for LiveAid. Here, just as with the real performance itself, nothing is spared and Mercury’s ability to captivate every single member of such a massive audience is beautifully recreated.

“The big difference is that unlike a concert movie, we’re trying to tell a story,” said cinematographer Tom Sigel in an interview with Motion Pictures Association of America. “There is the occasional point of view of the audience member, but really the great thing we can do in a movie and the thing that this story demands is you put the audience on the stage with the performer.”

The film strives to present an intimate portrait of who Freddie Mercury and the band Queen were rather than an experience of going to one of their shows, and it achieves that beautifully.