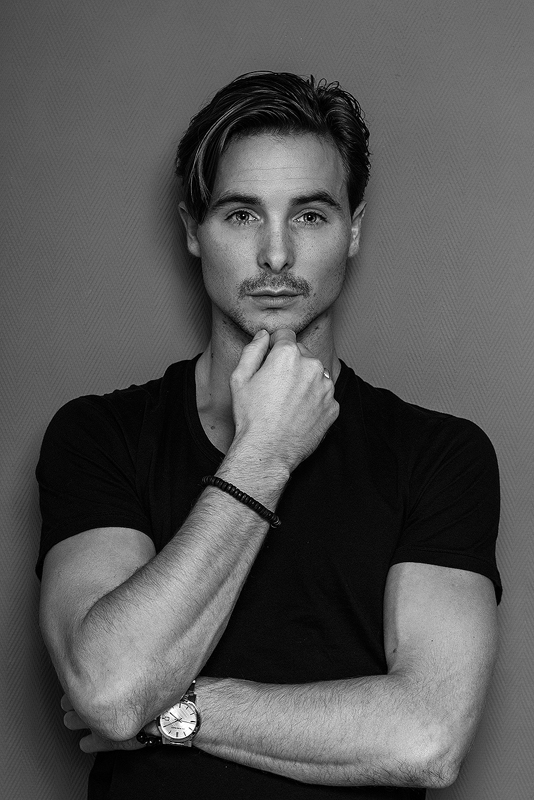 Uncategorized on November 15, 2018 0Likes At The Movies
ShareTwitterFacebookInstagram

Nick Roeten discusses what happens as the makeup artists put on the makeup for his role. In his particular role, The Mistake, he is a part of the underground experiment. This film is an association with events that occurred on D-Day. After a group of paratroopers goes behind

enemy lines in a supposed vacant church, their world starts to become deadlier than ever.

Roeten’s character takes on a series of facial preparation in efforts to show the result of the experiment. He notes how his role ties into the plot summary. “My role was The Mistake. He was a Nazi experiment that went wrong and got loose within the facility. He wants to murder and kill anything he sees.” This experiment controls the minds of these dead Nazi soldiers to act in a very sinister function. The makeup design in this film reflects the result of this experiment gone wrong and shows the fight the American soldier go through to escape the church.

The experiment creates powers that transform the abilities of human bodily strength. These powers also create a sinister and ultra-deadly soldier with incredible forces. Some of the soldiers often twitch and make uncommonly regular movements with their bodies. This frightens the American soldiers to the point they look to seek help and safety. They are looking to find help because in addition to the massive strange bodily movements, the faces of these dead soldiers are gritty and eye dropping.

Roeten speaks on the preparation. “The designers on this production were going in a few directions. It was about a five and a half procedure. They went on to also design a cast for my upper body and my face. Once we got to the chair, we had six pieces of my faces. They put it on every day. There were three people on this. “So, you set in one place for five hours, really?” Yes, the paint peels off during the less hour and a half. “

that creates the interesting image of these deadly soldiers. Their role is just as important as any role in the film. The result of their hard work is how unrecognizable Roeten becomes in the film. Roeten continues to talk about the process. “I got up at 5 am in the morning. I became done around 11 am in the morning. After this, my day started. There was no need for breaks. It felt very therapeutic, and we often had nice laughs. The piece does not have to get taken off in a delicate way because the glue they use rips off. Every day they peeled it off and threw it away.”

The Cannes-selected, thrilling #MeToo debut drama set in the world of elite skiing…SLALOM