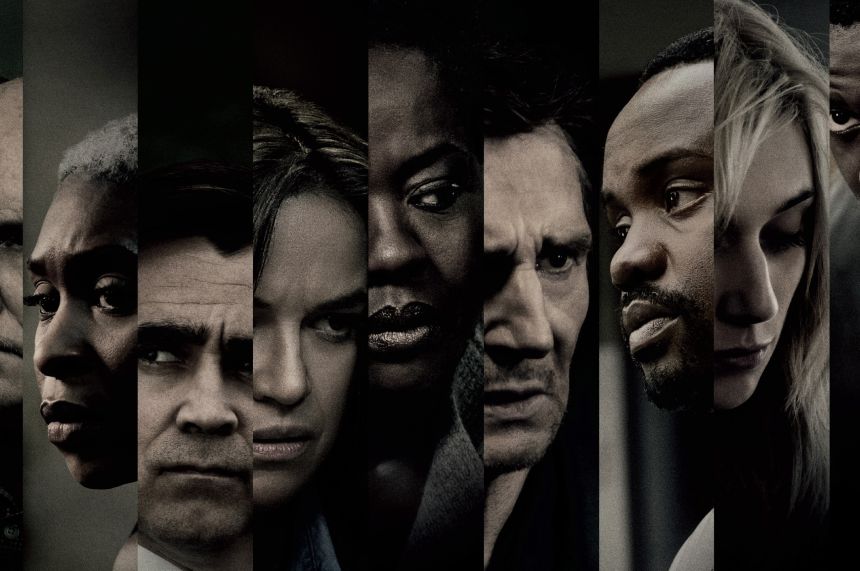 Interviews on November 17, 2018 0Likes At The Movies
ShareTwitterFacebookInstagram

Coby Goss played the husband to actress Carrie Coon in the recent film Widows. His role and the role of the husbands impact the positions of the wives in this film. After the husbands die, we see a different side to the wives who have now become widows. In this aspect, the widows have to pick now up where their husbands’ leftover conundrums. Goss goes more in depth about his role, which leads to the origins of how we see women liberated in this film. “I am a part of a band of guys who occasionally steal things

such as millions of dollars. Also, these band of guys are led by Harry Rawlings played by Liam Neeson.”

In the role that Goss described in the movie, the corruption happens behind some of the wives back. Additionally, in the trailer of the film, one the wives say she is banding together with the other wives because she does not want her children to think she just sat back. Why do you think a child continually feels this about their mother? Whereas, they will not believe psychologically this regarding your father? In Goss’ role, we see how the death of the husband in a family’s life leads to my question. This question gets formed because of how society portrays women. Women are seen only to excel if a man is backing them. Well, this film directed by Steve McQueen flips this societal narrative and how it gets continually presented in an American contemporary cinema.

Goss’ second answer creates the tone that a band of women without men implies a different form of identity. He said, “Resilience, capable, underestimated, and ultimately stronger than their husbands.” These characteristics get expressed through the five female actors such as Cynthia Erivo, Viola Davis, Michelle Rodriguez, and Elizabeth Debicki. Through some of the woman characters, the role of the mother gets exposed, and we see an attentive view of their strengths. Do you feel the woman’s strengths get overshadowed because their husbands were alive? Goss says, “Yes, I do. The films make this pretty clear. It is different for every woman. Certainly, for the Viola Davis character. There were things she did not know about her husband or was willing to face about her husband. Once he was gone, she got a clearer picture of who he really was.” How does this portray the efforts a wife takes to clean up her husband’s mess or wrongdoings? “They are forced. They did not really have a choice. If they do not complete the job, then their lives and potentially the lives of their children could be a stake.”

How does this film allow you to think about American politics? “The politics as presented in this movie are pretty corrupt. I would say this is where we are right now in a lot of cases. It makes you think about race in politics. We see how we are still in 2018, and we have a lot of different types of people unrepresented in our politics and how this needs to change. This is what I got from it.” What did the director want to bring out in your role and the other roles of the husbands? “There is an action sequence for our scenes. Then there is a very brief scene with my character saying goodbye to his wife. A lot of the “give and take” between McQueen, and I was more or less the action sequence. He wanted to make sure that we represented the characters as though we were very good at our jobs. And they knew what to do even though the cards were down, and it looked like we might not survive this job. This is so he could set up for when the women take on the job and how it becomes a learning curve for them. They start

Express how this film continues to display the women liberated energy that is now prevalent in the American film industry. “There are juicy and strong roles for women in this movie. It shows women can carry a movie with strength and intelligence. Also, that multifaceted female roles can control a story.” What do you think the line “They think we do not have enough balls to do it” says about how our society underestimates women? Goss says, “They are about to do what they do because the men in this film underestimate women so much. The point is if we can start seeing women as equal, we would all live in a better world.” Do you think if the husbands got only implemented in the film through nondialogue, we could still get influenced in seeing these women break out of the gender and social constraints put on them in this movie and how these women used their gender as a secret weapon? “You mean if the husbands were not in the movie and they would still be married to them. Well, seeing them with their husbands shows their journeys.”