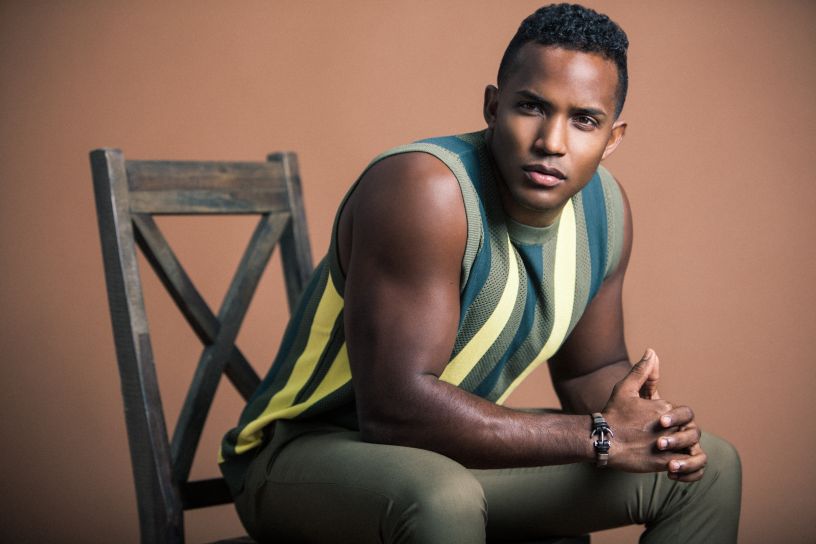 Interviews on November 22, 2018 0Likes At The Movies
ShareTwitterFacebookInstagram

Station 19’s Sterling Sulieman takes on the character Grant who becomes the love interest of Jay Hayden’s character Travis Montgomery. This relationship is one of the few males on male relationships on television and doubles as a mixed-race relationship. Grant and Travis show different aspects of a relationship in the hyper-masculine firefighting environment. Sulieman’s a Chef, while Hayden plays the firefighter. Sulieman speaks on his character balances, the differentiation of the two complex occupations and his on-screen romance.

ATM: Describe the difference in being with a firefighter and someone who does not have this job.

SS: At the beginning of this season, Travis almost dies. This is something most people do not have to deal with. On a daily occurrence your person could come back injured, hurt, or having seen something horrific, while you were at your job doing God knows what.

ATM: Grant is a character who is not a firefighter, but he is in the midst of the emotions they take on. How does this show express more about the lives of firefighters and what they contribute to society?

SS: People do not realize the ins and outs of the job. It is a job we take for granted because we do not see the work, they put in.

Even in this scenario, they get random calls. Not just fires but helping people in other ways throughout the day. Station 19 shows this and what kind of impact the job might be having on their personal lives. Grant and Travis are two males who share their love with an understanding of each other. Their love should not be looked at any different than a heterosexual love relationship. This type and status of a relationship should be normalized and not a shock. This leads to the purpose of Grant on this show and the purpose of his relations for Travis.

ATM: What are the ins and outs of your character?

SS: My character is a chef on the show. For him, it is mostly navigating the relationship with the character Travis and what it means to be with a firefighter.

Grant has to understand patience is crucial and that Travis does not work a 9 to 5 job. This might sound simple, but this could create a need for boundaries and trust. As Sulieman says, with this job, you must, “compartmentalize a few things.” There needs to be a separation between the emotions of work and the emotions one takes on outside of work. Combining both emotions could take a toll on a relationship like Travis’ and Grant’s on this show. The long hours that Travis has to work can play a role in how Grant decides to stick in it with them. “80% of their lives become houses and being on call with their teams. This is something you either compete with or get on board with.”

Additionally, Travis must also understand and give Grant support in his culinary career. Sulieman provides a personal parallel between his character’s culinary interest and how it also fits in his life. “I had a roommate who never turned off Iron Chef.” Originally Sulieman’s character was going to be considered for another profession. Sulieman’s gives a brief correlation between the work hours of a chef and of a firefighter. Both professions require a different workload, but they might come home at the same time. “When I got the part, they were debating him being a chef and another profession. This is also a profession with long hours and competition.”