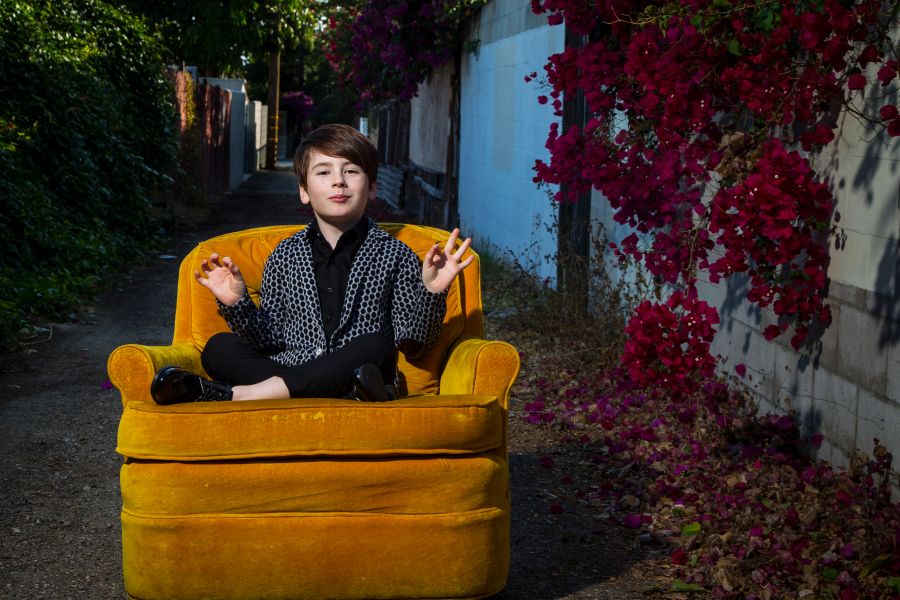 Interviews on November 30, 2018 0Likes At The Movies
ShareTwitterFacebookInstagram

Paxton Booth plays the little brother on Disney’s Coop and Cami Ask the World. His siblings have a vlog where the decisions they make come from the answers to their online community.

ATM: How would you view the relationship between siblings on this show?

PB: It is good. The relationship between Ollie and everyone is super sweet. I like Olivia’s character who is Charlotte on the show. She is good because she is kind of the momma bear between the siblings. Everyone loves each other on the show.

ATM: What is the imagination of your character and how does he look at life based on his surroundings?

PB: Ollie does not have a filter and says things that are not the right thing to say at times. He does not take things very seriously. He is an awesome character with no filter at all.

ATM: How do your skills as a BMX rider help you portray Ollie?

PB: Ollie is considered the test pilot for their show. He does a lot of stunts. I do a lot of harness work. Riding my bike helps with this because you are also in the air while riding a bike. Riding the BMX helps your core. You need a good core to do stunts and to get into a harness. This helps.

ATM: How could you let someone who is not eight years old understand life through at your level?

PB: It is a crazy opportunity to be eight years old on a Disney show. Also, to be doing stunts and all the crazy stuff. I still have a normal life outside of acting. I do my fun kids’ stuff while on my days off. It is not like work, work, work…you have to do this. Of course, you must work, but it is fun while you are doing it. You meet awesome people. You have an awesome personal life, and acting is just a part of it

ATM: As a child actor, what can you take away from the adult actors on the show such as your on-screen mother?

PB: I take a lot of Rebecca Metz on the show. She is such as a good professional actor. She gives me a bunch of tips, and I feed off her when acting.

ATM: With the sky being the limit, what kind of actor do you hope all these opportunities will mold you into one day?

ATM: What is it about silent films that interest you?

PB: It is the crazy challenge to not speak in a movie. The only words you are saying are with your expressions. Your eyebrows have to do work. This would be a great challenge.