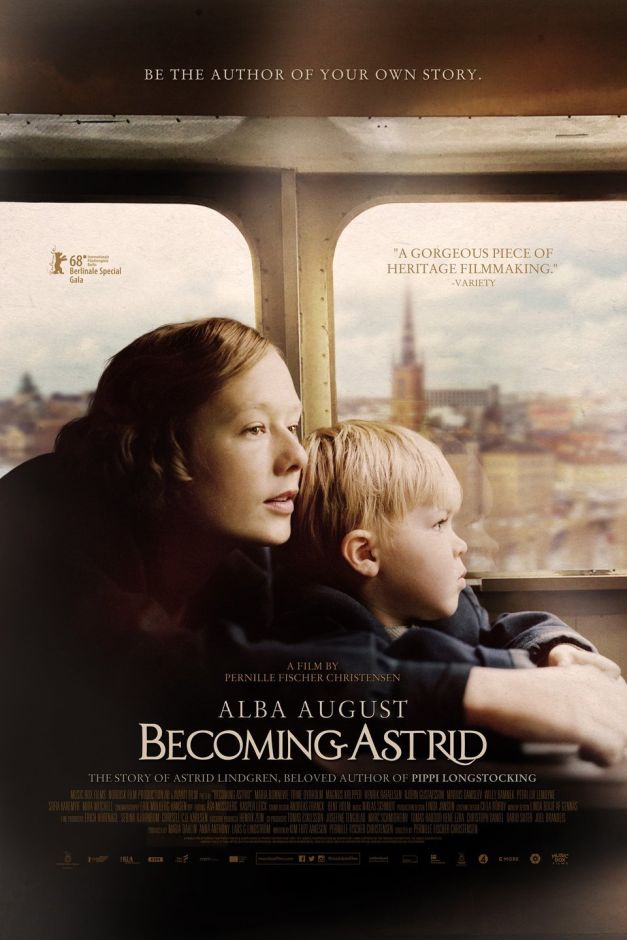 Interviews on December 4, 2018 0Likes At The Movies
ShareTwitterFacebookInstagram

Magnus Krepper plays Astrid’s father in the film Becoming Astrid. She exhibited a very warm relationship, and it helped to explore and develop her imagination. Krepper speaks on his experience and observation of the film.

ATM: What were the expectations for a woman being pregnant at the time while young?

MK: It was a very tough time for a woman to be pregnant. They had a lot of responsibility. It has to be taken care of in the right way. People were very related to their religion. For her, it was a small village and tough situation to get pregnant.

ATM: Do you believe without Astrid’s unplanned pregnancy she would have still affected children’s literature?

MK: Absolutely. You get the feeling before getting pregnant that she has this imaginative world of playing with words. She was already finding out characters of her own. Getting pregnant became a big thing for her, and she begins writing these things.

ATM: How would you define literature?

MK: I agree with what you just said. Literature gives you a reason to build on your imagination and use your own fantasy words.

ATM: Has literature ever affected you?

MK: It opens my mind when it I get in contact with my kind of inner soul and feelings. I become a creative reader.  The lyrics have to be creative for me to open up my world, become creative, and inside my space. If it opens new doors for you as a human being, then I believe it is really good stuff.

ATM: Film is also a form of visual literature in the way of not being able to touch it, but only being able to see it. Similarly, to the words on a page. So, how did this film open doors for you to explore life differently?

MK: It gave me a new point of view about Astrid. I believe she was a strong woman and feminist during her lifetime. I was blown away to realize she went through all of this during her time. It must have been very tough.

ATM: If the title was Becoming Magnus, then what would the plot summary or synopsis of the film be? Think about what your life not entails and the significance of your life.

MK: It would be about a young boy 10 years old, that creates his own world by creating magic in his loneliness, and then goes out in the adult world…and feels that he has a strength and a big secret ….a young boy and his struggle to parry the adult world and it’s hierarchy……..A struggle to find his own soul and voice

ATM: Some people do not have the opportunity to write books because of their lack of resources. To some, it just does not happen. How can a person read these kinds of books with not having the opportunity to become an author start to live a carefree lifestyle?

MK: I believe literature is important because sometimes you can read a story and think it is about you. It is all about that someone sees you as a human being. Astrid has helped a lot of children around the world. They can see themselves in her characters. I believe in the power of telling stories. This is why I do I theatre and film. They believe in it in a way that can get used in their lives.

ATM: When a film or a book gets written, there is a new reality that is getting created. When the audiences look at the film or when the reader reads the book, do you feel this could be seen as a portal imaginatively? Do you think film or books can be seen as a portal in the sense of people immersing themselves into the realities that get depicted in the movie or book?

MK: Yes. This is how it works. It has been written or a movie is made in a good way. We are transforming the material in our own lives and our situations. You see yourself. This is why we are doing this. We write stories where it does not matter where someone comes from and the reader can connect to the story. She made this happen. Everyone can connect to her stories. This is very powerful and fantastic.

ATM: So, you are an illusionist.

MK: Yes, this is how I started.

ATM: Do you think when a person reads Astrid’s books about death, that once the reader connects with it, the characters become more immortal than dead in their imagination?

MK: Yes, if the story gets to you as a reader it lives on. For me, at least it does. If I connect to something I read, then, of course, it stays there. This is how I see it. She writes about subjects that are a common subject, and it is all about life and how to be a little person. It is also about love and the very close relationship with the dark and bright side of life.

ATM: Why are you talking with your eyes closed?

MK: I think much better with my eyes closed.

ATM: What is it like to wake up and go to sleep in Sweden as a normalized life?

MK: Right now, it is dark. And dark when you wake up.

ATM: Wait, is it ever light outside?

MK:  November, December, and January are dark periods. You get used to it. Right now, it is like zero degrees.

ATM: You do not seem bothered about this.

MK: It is the winter time.  Where do you live? It is like sunshine all the time. (Laughs).

MK: You go by Fahrenheit, and we go Celsius.