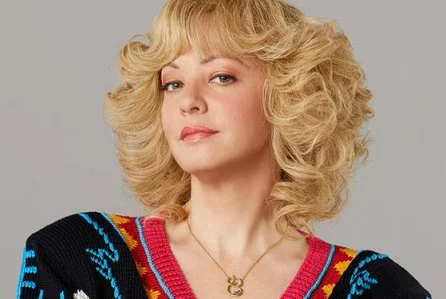 Interviews on December 4, 2018 0Likes At The Movies
ShareTwitterFacebookInstagram

ATM: Would it be such a bad idea for Halloween to last forever?

WMC: It would be if all the decorations were coming to life and life size spiders were roaming the earth. Those flying around. This could get a little hectic. A full riot would happen.

ATM: Were you a fan of the books?

WMC: The books were a little after my time. Every kid I knew, all my friends were devout fans of the book. Every time I would go to someone’s house there would be a kid reading a R.L Stine book. It is just so cute. I love to see kids reading. Those books are just iconic, and R.L Stine is hardcore.

ATM: What are your comments on his imagination?

WMC: R.L Stine really taps into kids’ imagination. Kids are a tough audience. When they do not like something, they will let you know immediately. Kids do not have the language to try to make us feel good if something is terrible. These books are imaginative, but also the kids in the books are heroes. This is important. They are very empowering for kids. This is similar to the Harry Potter books. It lets kids know that maybe if something is not going the way you want it, then you are smart enough use your wits. This is what love.

ATM: Based on the title, what gives you goosebumps?

WMC: Ghost stories. Reality shows where they visit places where there is paranormal activity. It freaks me out.

ATM: So, you do not watch these types of shows?

WMC: I do, but I watch them from under a blanket. They scary the hell out of me but I have to watch.

ATM: Describe your experience on set.

WMC: It was interesting that we were shooting Halloween stuff in Atlanta right around Easter. This was kind of crazy and fun. Imagine living in this Atlanta neighborhood where we shot all these crazy Halloween come to life scenes. Maybe as an insomniac person you would look out the window and just see monsters running up and down your street over and over.

ATM: How would you react if you looked out your window and saw this?

There were times where I had to wear prosthetics. This process would take an extras three hours. This was challenging. There were times where I would do my own stunts. I would get put in a harness and holstered up into a tree. It was all fun. I got out of my comfort zone with this film. I did things that I have never gotten to do.

ATM: What was your comfort zone like before the movie?

WMC: Before I had never really done big stunts and never done prosthetics to this degree. You get comfortable staying on the ground and saying your lines like a normal person. Once you are in prosthetics you have totally take on a different character. This was fun and hard but challenging. It was a fantasy movie, so you really have to stretch yourself to tap into your imagination.

ATM: Explain the difference in your role on The Goldbergs.

WMC: On this show, I am playing a real person that exists named Beverly Goldberg. She is the mother of Adam F. Goldberg who started and writes our show. She is what you call a smother, not a mother. She loves her children so much that she cannot stay out of their business. She is worse than a helicopter mom. She is not only hovering over them, but she is kissing on them all the time. She also is threatening other people when they do not want, she wants. It is so much fun but is the opposite of what my character in Goosebumps. She does not work outside the home. She has plenty of time to scheme and be in her kids’ business.

ATM: Based on the show, do you believe this is probably the best way of parenting? How do the kids on the show react to this?

WMC: She is overprotective, but she does let them do things. She just wants to be included in everything. Is this the best way, no? This is probably how I would be if I had kids. I would be hiding in the bushes outside of their classes on the first day of kindergarten, hoping no one was mean to them. I would be ready to pounce if they were mean. I can see where it would be tough and embarrassing for a kid to have a parent like this. I get a lot of tweets and social media posts from people saying, “I wish you were my mom. I wish my mother could have been like this. I aspire to be like Beverly.” It is interesting. I guess you always want

what you do not have. It is always interesting when people say, “I wish you were my mom.” I say “Oh my goddess, why? At least people are responding to her.

ATM: How is it being connected to a character who has a hot temper on the show?

WMC: This is how Adam’s father was in real life. He just wanted to be left alone and watch his T.V. He would flip out over stupid things like someone messing with the thermostat. He could go into pieces. This is a weird dynamic, but it reigns true for me. This is how I remember all my friend’s dads. They were like “I worked hard all week long let me sit in peace. Please do not ask me questions. I just want to watch T.V. and go get me a snack.”

ATM: How do you feel your best self is exposed throughout comedic roles or comedy?

WMC: Comedy is harder to do than drama. This is shocking to a lot of people. A lot of comedy is born out of stress or sadness. Also, trying to bring levity to a subject that stinks. Playing this is a very delicate balance to serve both sides. The comedy in Goosebumps is important. Parent-child relationships are hilarious. You need there to balance out of the scary stuff that is happening. You need it there to ground these characters and make them watchable. You need the polar opposite in every character. You have to show the dramatic and funny side.

ATM: What would life be without comedy?

WMC: It would be dull, boring, and uninteresting. We would spend a lot of time sleeping. Just to get away from the boredom. I could not image if everything was so serious all the time.