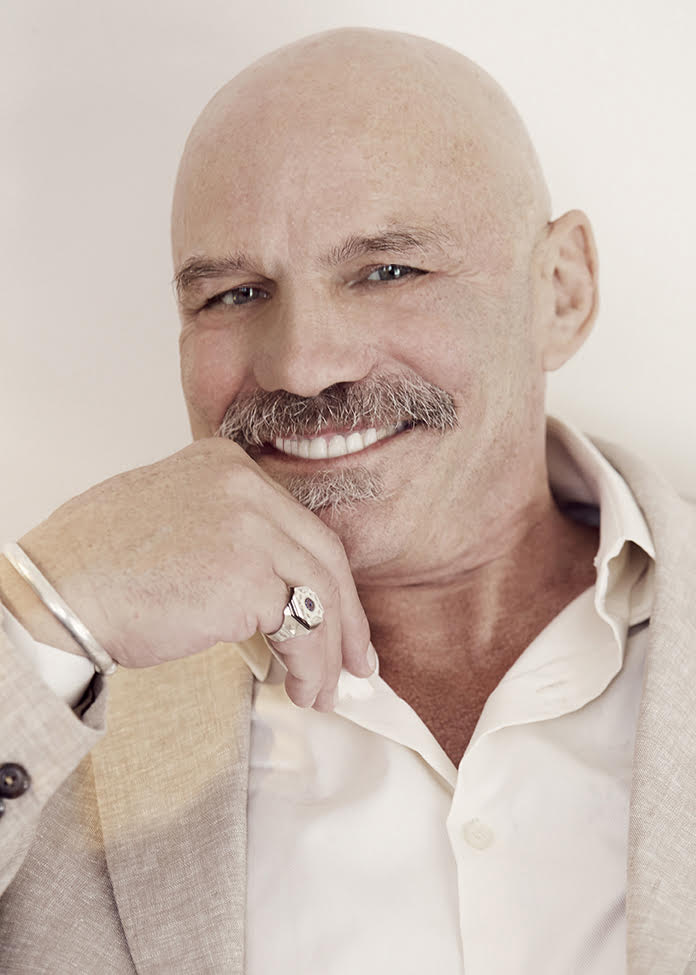 Interviews on December 6, 2018 0Likes At The Movies
ShareTwitterFacebookInstagram

ATM: What can a young person take from your memoir Dying for Living: Sins & Confessions of a Hollywood Villain & Libertine Patriot?

PK: Any challenges that they have is God’s blessing to pivot them toward the skill set needed for their true purpose. I had a privileged upbringing. I had a mother who was mentally ill and bipolar. She was violent, irrational, and volatile a lot of times. These kinds of things can get seen as negative events, but they drive you towards what you are supposed to do on a lot of levels. I broke my back in a car accident, which ended my high school athletic career. This can appear to be negative, but I became a writer as a result. I learned how to do a lot of healing exercises. All of these things put me in good steps when getting into action films. I hope people are entertained. My book is not boring. There is a lot of instruction on how to add and cultivate the skill set of how to work in the entertainment industry.

ATM: How can the skill set needed in the entertainment world be the same for another profession outside of this industry?

PK: All human endeavors involves delivering the good. This means a whole set of methodology for actors. I have been running a mentor-ship program for entertainment lawyers for about 15 years. There is a methodology to do things to make you not wonder in the wilderness trying to figure how you do things. If you want to be a doctor, then obviously you want to follow in the footsteps of other great doctors. You want to get a superb education and succeed.

You are going to need to meet the challenges that come your way with a lot of hard work, education, and diligence. You will need to deliver the goods. It helps to be well spoken, to have a broadly-based education to succeed in most things. Most people think you will succeed when going after acting. Acting is a combination of writing, producing, and directing, which allows you to have a long career. Some disciplines are vital to all activities. If you want to go into politics, then the study of acting is a good one.

ATM: Can you explain the title “Dying for Living”?

PK: I have played a large number of villains. You are either dying or living. You are being jailed or beaten up at some point in the movie. I picked this for a larger sense. The moment I came out of my mother’s womb, I was just crazy to live. Also, to gobble up as much experience in all directions that I possibly could. Some of it was reckless such as motorcycles and driving cars fast. I was always dying to live. You live the most when you are out there on the edge of an activity.

ATM: What are the moments you reminisced about while reading the book?

PK: I ended thinking about how I began to play the villain all the time. How did I end up with the moral code, politics, and patriotism? The first book deals with why I ended up playing a villain in 170 television shows. I realized while in 2nd grade, my class put on a play and named me the villain. I did not remember this until after the first book was written and published. This is a small thing but a remarkable thing. What was it about me that made people put me in the antagonist position? What was it about me in football that made them design the whole defense for me to go where ever? They nicknamed me the “Monster Man.” I could go where ever I wanted to on the field.

ATM: How do you see Hollywood and what does it mean to you?

PK: Hollywood is an extraordinary grace filled place on one level. It is failing on other levels. The studio system is not as creative as it used to. They mostly do sequels, bad television shows, and comic books. I wish there were vastly more of original storytelling in Hollywood. This is where they are failing. During the 70s they succeeded in being great sources of stories such as the Godfather and others. Television is a great thing in Hollywood right now. There are streaming platforms such as Netflix, Amazon, Hulu, and others. This is where all the great, original and creative writing is going and has been for some time. The financing of movies is incredibly complex that is pretty much a broken system.

There is a lot of intellectual property theft in Hollywood. Not the best. It is a two-way thing. It is an extraordinary life, and then it is an extraordinary brutal life. You get adored one moment, but the next moment you are treated with very little dignity. It is two sides of a different coin. You have to become happy and make your peace with this. It is a very bizarre world. I talk about this in the book — one minute you are on top of the world because you are in anything. This “anything” can last forever because of Video on Demand or streaming service. You can do a good part in a movie, and it can last forever.

Sooner or later they use you and will kick you out. It is up to you to reinvent yourself and conjure up a light. I advise the young actors to have side things like producing, directing, or writing scripts. All of these things give you a psychological and economic sanctuary for how brutal the industry can be. Another thing is your skill set separates you from the vast majority of the people who are wandering around and have no idea what they are doing. There is a way to do these things. It involves creativity and a methodology that works. We are in a very different time now with social media and other things.

ATM: What happens when acting slowed down during your career?

PK: I had two kids who were in school when acting slowed down. I just could not support them. So, I became a really fine acting teacher as a consequence. I wrote my book as a consequence. I became a screenwriter, director, and a producer as a consequence. The world drives us to some of these things. I always have something whenever anything slows down. You cannot be a good director if you do not know how to write and produce. You cannot be a good actor without knowing great writing and great directing. It is a cross-discipline craft. I love teaching. You reach a point where there is nothing better than to instill skills in a young person to send them off to make a difference.

ATM: How do you help make a difference with your acting students?

PK: Most acting schools do not teach audition mastery. If you are not a master at auditioning, then you are not going to work. You might lock in a job, but you are not going to have a career. Auditions are such a component of this. We teach them to have brilliant, creative, and swift auditions. If they are writing a script, then we teach them how to do this, so they are not wasting their time writing about something that is not going to get produced. This could be because it is missing some key elements. If you are a director, then we teach people how to know about quality acting and producing. We teach people how to prepare their materials so that they can find financing for their projects. You do not want to spend your life doing this. You need to know how to speak the language of money.

ATM: Explain how your current and future projects further your dedication and perseverance in the entertainment world.

PK: The Night Walk is a Romeo and Juliet story. A Western journalist meets Islam beauty. She gets killed, and he gets framed for her murder. He ends up in prison. I am in charge of the prison, and I make his life hell. This is the movie only in my words. Each project is different. I saw the movie as what it was, which is a Romeo and Juliet story. I worked to elevate this project all the way down the line. A lot of young filmmakers have a wonderful idea for a movie, but they do not know much about the business. There is so much to learn in this business, Gabrielle. I will get hired as a lead actor, and I end up directing or consulting the whole thing.

The idea is a good thing, but they do not know to keep it simple to sell it to an international distributor. This is all the sellers care about in the international market. Matt Damon, 42 million dollars, and an action movie. You have to keep it simple. You have brought them toward excellence. I worked with the director to bring in the message. There are strategic materials that go to the investors. You have love scenes, so you have to bring on bold actors who are not afraid of love scenes. You have to pick a location for films that goes with your budget. I know a lot of locations all over the world. Active Shooter is a unique project. I had a lot of resources as a successful actor. We had 500 hours of footage that we had to cut down to a small number of hours. I knew how to take a little bit of money and stretch it.