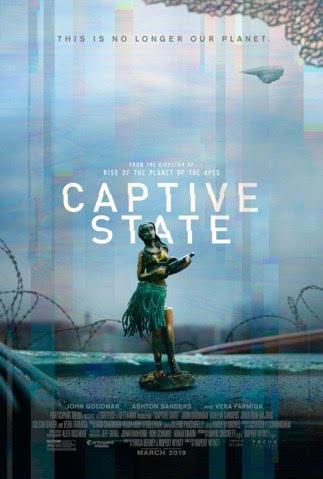 Sneak Peaks on December 12, 2018 0Likes At The Movies
ShareTwitterFacebookInstagram

Set in a Chicago neighborhood nearly a decade after an occupation by an extra-terrestrial force, “Captive State” explores the lives on both sides of the conflict – the collaborators and dissidents.

Director:  Rupert Wyatt (“The Rise of the Planet of the Apes” “The Escapist” “The Gambler)

After 10 years of occupation, some chose cooperation, others chose resistance.

HOLLYWOOD PREMIERE OF MINIONS: THE RISE OF GRU

New Trailer | HOW IT ENDS