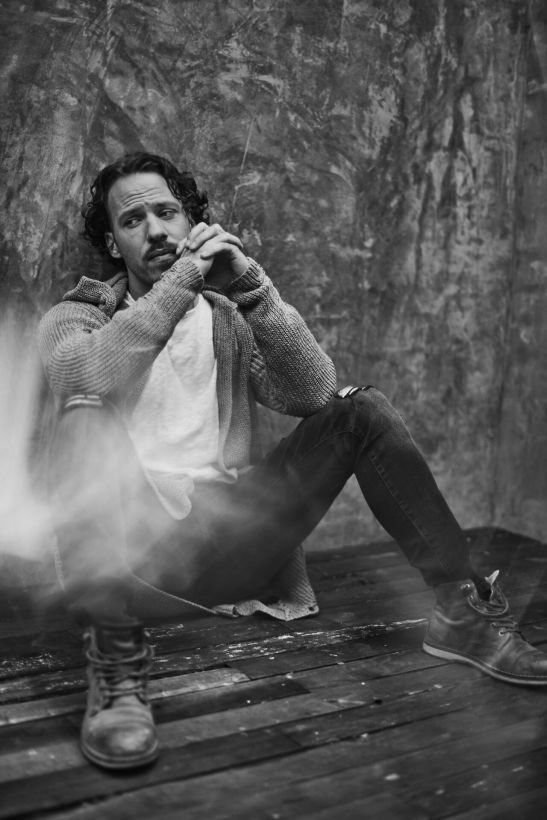 Interviews on December 12, 2018 0Likes At The Movies
ShareTwitterFacebookInstagram

ATM: How does acting help you say the lines “I am who I am” to yourself?

FH: Many actors approach their work from a place of becoming someone else or at least that’s the goal.  For me, I approach it more from a place of empathy. Finding a way to be truthful in the given circumstance/situation of the character that I’m playing. I ultimately always ask myself the same questions: “What would I do in this scenario if this is the journey I have had gone through and I how would I feel.” That mixed with hair/makeup and a costume gives the illusion of becoming someone else.  But in the meantime, I just get explore myself deeper than I would without these questions. In a way, I get to find out more of who I am and how I am by taking on new characters if that makes sense. Also, it means that no matter what I do, a character will always carry the essence of who I am with it.  In my opinion that just can’t be helped.

ATM: What makes this movie more honest? The plot summary? Characters? Relationships between the characters?

FH: Mark’s own honesty and truthfulness is what does it.  It’s about a character who chooses not to sacrifice who he is, no matter what opposition he is met with.  That’s very honest.

ATM: What are similar sacred places like Marwen in your life?

FH: I probably go to a place like Marwen when I write screenplays.  I get to create a world that is mine, in which I can be honest and express myself to the fullest.  I’m also lucky to feel this way around my family and friends.  Another place like it, is nature.

ATM: How does your portrayal and observation in a true story film contrasted with an original film dictate your learning experience?

FH: I feel a bit more responsibility to get it right in the true story scenario.  In this case, the person I played had already passed away and there was very little information about him to be found.  So I focused on infusing him with the essence of what he represents in this story.  He is the other side of the coin of Mark.  Someone lacking the courage to be himself, someone who lashes out at others, someone without empathy.

ATM: How did your struggle with body dysmorphia define your identity?

FH: It’s a never-ending struggle. But I manage better and better. I still go through periods in which I’m incredibly harsh on my body, where I feel that I’m never good enough just the way I am.  Body dysmorphia basically makes you constantly worry about your physical identity and its relationship to receiving love.  The question that basically runs through your mind is “Is my body love-able enough.” I think that many people nowadays suffer from one form or another of body dysmorphia.  Hopefully, society will shift soon and put less emphasis on the importance of the physical appearance. I certainly am.

ATM: When you look in your mirror now or your black phone screen what do you truly see? Do you see a male who is on a continuous journey with life?

FH: I see a human being that is dealing with the current moment as good as he can.  Someone who desires nothing more than to be okay with himself and the world but often times struggles with that.  But I don’t want to miss those struggles either because they are in part what catapult me into the next moment and make me grow.

ATM: Describe what goes on in your head while having an eating disorder. Mentally. Emotionally.

FH: Your mind gets consumed with your appearance and what you can do to better it.  Your days are scheduled around your eating disorder.  When/what I eat or what my next workout will be.  And no matter what you do, you always end up feeling like you’ve failed, like you need to do more.  It’s been a while that that has come up for me but the feelings of guilt when I eat certain foods or when I am not active for longer periods of time can still become quite overwhelming.  Especially in connection with jobs.  The current idea of a male leading actor is that he is hugely muscular and shredded like hell.  Someone who is almost indestructible, always strong and has to save the day. Very little focus is put on the emotional makeup, vulnerability, and soul of the character.  So it perpetuates the idea that in order to be of value to the industry you need to represent those old-fashioned ideas.

ATM: Why do you think people tip toe on the word depression?

FH: Probably cause most everyone these days has struggled with some form of it and we’re scared to put ourselves in fear of being broken.  I’m not a doctor but to me, depression means to be disconnected from positive feelings for long periods of time and having trouble to change that.  Society puts a lot of pressure on us to perform, to succeed and to be happy.  It is feeling unchecked that creates the additional feeling of failure very easily.  Also, I believe that we have become very scared of truthful interaction with one another.  Talking openly and honestly, without fear of offending anyone or being vulnerable by exposing ourselves to others.  That has created an overall loneliness that hangs in the atmosphere around us.  Community and togetherness are what we’re made for and I think it’s the way we function best, together.

ATM: How did you embrace your pain with depression?

FH: The first and hardest step for me is to allow the depression.  Just give it some space.  I say to myself “You’re allowed to be depressed right now.  Feel what you need to feel and then you can try to get better.” Usually, that already grants me a little relief and opens a crack in the armor to then start to focus on what’s good in life, the things that lift my spirits.  I have an amazing support system in my life-partner, family and friends.  I can share my feelings openly which is huge for healing.  Also being in nature somehow always helps me balance myself out.

ATM: At what point did you realize your depressed state was just a chapter in your life and did not define your whole life?

FH: I have always been able to recognize my depressive episodes as something that will pass, sooner or later. Normalizing it helped me a lot.  Hearing from other people about their struggle with depression was something that put it in perspective for me.  Like I said togetherness makes everything easier for me.  I’m not alone in this.

ATM: What are your comments on witnessing and experiencing how the mind can transform a person’s world?

FH: Oh man.  The mind is what we use to see the world and decide with how to navigate it.  In a way, without our mind, there is no world for us.  So a powerful mind can create any world it wants.  Whether it’s real to others or not doesn’t matter. As actors we do it all the time.  Having gone through a psychosis myself, I’ve had firsthand experience on what it’s like to see the world you thought was real entirely collapse.  It’s a scary realization to know that what we perceive as reality is such a fragile thing. To me our mind is still the greatest frontier to be explored.