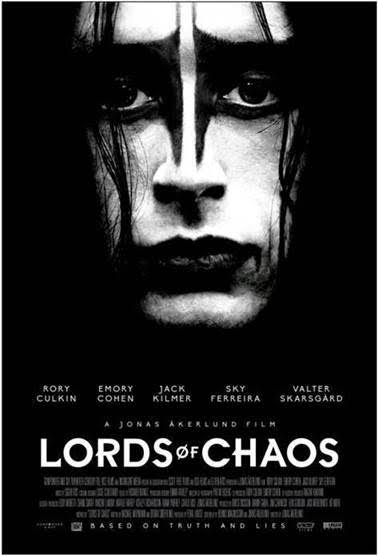 Sneak Peaks on December 19, 2018 0Likes At The Movies
ShareTwitterFacebookInstagram

A teenager’s quest to launch Norwegian Black Metal in Oslo in the 1980s results in a very violent outcome. Lords of Chaos tells the true story of True Norwegian Black Metal and its most notorious practitioners – a group of young men with a flair for publicity, church-burning and murder: MAYHEM.

Written by | Dennis Magnusson & Jonas Åkerlund, based on the book of the same name

Opening In Theaters February 8th and On Demand February 22nd