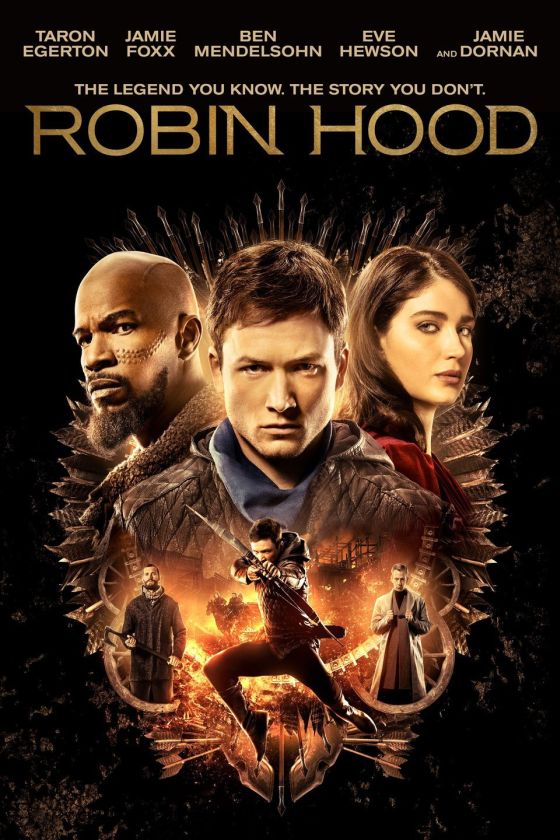 Uncategorized on December 21, 2018 0Likes At The Movies
ShareTwitterFacebookInstagram

Kane Headley-Cummings plays Stokey in the recent Robin Hood movie. He gives his UK perspective on the legendary tale and its similarities and differences about the cultures of the U.S. and the UK.

ATM: Being from the UK, does Robin Hood take on a different atmospheric meaning or feeling for you than in American?


Kane: I was born and raised in London Town. I spent my school break summer holidays in the countryside. Robin Hood has been one of those legendary stories that always lives on and is retold – Robin was the ‘giver’ who lived in the Nottinghamshire forests. He was the Hero. I read books on Robin Hood as a child and always felt like he made stealing seem ok as it was for a worthy cause! He gave to those who needed it but I was always left wondering how can that be right to steal! I even had my own bow as a child! Although I only had plastic arrows!


Robin Hood is one of those very English folklore stories that focuses on the working classes in England and highlights the divisions that the class system brings about.

The story has a historical connection to the English and I think there is more of a ‘close to home’ feeling. Robin Hood is a mixture of rebellion and conservatism. England has evolved but the class system is still prevalent to some degree today. We are living it. My American friends seem very fascinated by the great History of England and seem to love the English accent! So I am sure they love a bit of old English Robin Hood!

ATM: How does an insubordinate get to be a hero? If Robin Hood was not a criminal, then what would the effect be? How would this have changed your perspective on as a child?


Kane: The insubordinate type is normally frowned upon, but in Robin’s case he was seen as the challenger with integrity. A rebel with a cause. Everyone loves the ‘underdog’. Robin was the classic dark horse. He was strong in character, and willful. He risked everything for the people. Selfless acts. If Robin had not been a criminal, his acts may have been met with suspicion. There is the age-old theory that nothing is for free. He may have been seen only as the ‘goody two shoes’ and no one likes the goody two shoes, they are seen as never doing any wrong. There is a difference between doing good and the so-called perfect goody two shoes. The goody two shoes often make people self-project and feel insecure that they are not doing ‘enough’ or their bit in society to help the less fortunate. So, by him being a criminal doing good by the people, makes him into this likable rogue and people don’t feel threatened. He is the man with no agenda. The hero.


I don’t think Robin would have caught my attention as a child if he had just been a man that was doing a good thing. I was raised to believe that all men should do good and do the right thing. It was a trait all men should process naturally. Robin caught my attention as the rebel with a cause because he was unhappy with the injustice of the powers that be, and I can relate to that. He was brave enough to challenge the system.

ATM: Explain how you would try to embody Robin Hood as a kid with plastic bows.

Kane: I was a very curious child growing up and very active. I loved the forest. That was my playground. When I went back to London after the summer holidays, even though the city had its own charms, I felt like I had lost some of that wild freedom. I had a fascination with action hero’s and I loved dressing up in costumes. It felt like a form of escapism. I felt strong and a form of responsibility with my plastic arrows!

Kane: To keep things simple and without getting too deep, I have very contrived feelings about the class system. I feel that the system is highly flawed. I am very aware of sensitivities relating to the system and politics. I do believe that the world would be a better place if everyone were equal. The world is governed by greed and deceit.


ATM: What are your comments on the American accent? Do you romanticize how Americans become infatuated with the English accent?

Kane: The general American accent is like a pared down, or looser version of the English language. Victorian English is still quite present in the older generation in England. The English youth of today are lazy with grammar and their language is often littered with ‘street talk’. Americans always comment that I speak ‘proper English’, as they put it. It always makes me chuckle. I have always found the Appalachian dialect fascinating, it is like a real lazy accent. I think that Americans are infatuated with British culture in general. There seems to be a lot of interest in the Royal weddings and the Queen of England. I think Americans think the British accent is more intelligent. That the accent is attractive. They seem to be fond of the posh British accent that is associated with the middle- and upper-class Britain. World War II created an eternal bond between America and England. I hear a lot of Americans saying America lacks a history due to the fact it’s still a young country. I think the history of England is like an eternal lure. The elixir of being quintessentially English continues to reign its allure.

ATM: Explain your character and principles the character possesses from the lines to the scene.

K: My character is Stoker, who is a minor in the Community, along with the people. He is outgoing, the lad type, but also a hardworking man. He is there for the people and acts up when the Tax man is busy stealing their hard-earned money from them. He is one of the strong men that helps give hope to the people to fight for their rights, and back up Robin and Will. I had fun playing this character and I am an avid believer in equal opportunities for the people.


ATM: What elements are derived from this early 21st Century film adaptation of Robin Hood?


Kane: This new film version of Robin Hood is edgy, cool and urban. It really focuses on a strong political theme. I love the feel to it, the modern urban nature makes it relatable to the modern audience, as opposed to the original films that were more traditional to the original story. Robin Hood is a legendary heroic outlaw originally depicted in English folklore…a do-gooder that can kind of be excused for his crimes!  This Robin Hood was able to flow freely from politics to an engaging love affair between Robin & Marian. Robin is a highly skilled swordsman and archer, so we see a lot of action and intense scenes. The costumes are very futuristic and out there. This film version has a modern twist and has relatable aspects of the modern conflict that we see today on the news. We see how Rob gives back to the poor after he steals back what the people see as rightly theirs. The same old struggle of the rich getting richer and the poor getting poorer. This whole theory has been a constant throughout history to current times. You could say Robin Hood promotes a form of socialism.

ATM:  Does the love between Robin and Marian mirror how you express yourself through your own relationships?

Kane: I like to think that I am gentleman, a man of manners and strong etiquette. I like to hold the doors open for a women and seat her at a table. I always stand when a woman enters the room. I am a man who is willing to stand up for his lady, like the knight in shining armor. I do believe man and woman should be equal, but that romance should never die.