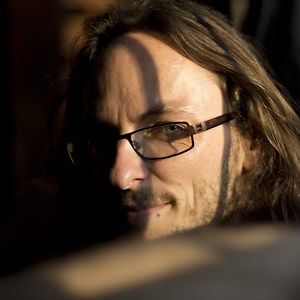 Interviews on December 21, 2018 0Likes At The Movies
ShareTwitterFacebookInstagram

Mark Hermida was the recent film editor for Anna and the Apocalypse. Hermida notices there is a lack representation for film editor’s in this industry. He discusses with ATM this problem and about the misconceptions of a film editor.

ATM: What are some misconceptions of film editors that people outside of the industry have?

MH: Most people do not know what an editor does. This is even within the industry. It is like a hidden skill. It is solo. The biggest misconception for people outside of the industry is they film everything first and then the editor comes on board. I am working about one day behind the shooting crew. Let’s say there is a problem with a scene that shot in an expensive location or they filmed the whole thing first; then I realized there was a problem. It would be extremely expensive to go back to the location. This is the biggest misconception.

ATM: Do you have to fully understand the story-line to carry out your responsibilities as a film editor?

MH: Yes, 100%. It is really about the story-line. The first thing I do before I edit is to make sure I know the script. I read it about 4 or 5 times. I need to know. I could just go in cold without reading it. I would not know emotionally where a character fits at in the story. To have the characters react emotionally, I need to know the story back and front. The script is the starting point.

ATM: What kind of values does Anna have as she moves through a new civilization?

MH: She is intelligent, stands on her two feet, not particularly interesting in the typical things a young girl would be interested in a film. She is not interested in boys. She is a strong, empowered woman. She is just looking to survive. She is the protagonist and the person who makes the choices in the movie. Her values are progressive, forthright, and in charge of her destiny.

ATM: From your answer, how did you want us to see this through your cuts?

MH: It was an ensemble piece. John wanted a character in a different frame at times. It was making sure we had the right closeup for Anna. She was the one driving the decision. We were conscience about this all the way through. Although it was an ensemble, she was the lead character.

ATM: What are some interesting things you observe when the film is in pre-production and post-production as an editor?

MH: The two things are happening at the same time. When they are in pre-production, I am already in post-production. You start to notice things the longest the production goes on. You learn what a scene is going to be about. What is the emphasis on a certain scene? You might have preconceived notions from reading it. It is only when you go through the week and months during post-production, you start to see how a particular scene relates to the rest of the film. You see you have to make tweaks to performance. It is only later in the process that you start to see this. You cannot rush this stuff. You needed to have gone through the material so many times. WE were making decisions on Anna all the way through until the very end. Some of the things were not noticed four months previously. You start to notice it so many times, and then you talk and talk. Your expectations of how things are going to be changed over time.

MH: Yes. It should be representative of the population at large. Most film editor and people working in the film industry are white men. I have a few female editor friends. I do not know many editors that are people of color. This is a problem. It is a systemic bias across the whole industry that needs to be addressed as the same as it is across society. You are going to get more stories and more interesting perspective if you have a wider range of people telling these stories.

ATM: What restructuring and changes need to happen to make this more prevalent?

MH: This is a large political question that I was not expecting. You have to make media training more accessible to a wider group of people. In the UK, media is not something that is offered by working-class schools. You just need to change access to education and the kinds of education you provide to people.

ATM: Film editors are crucial parts of a film. It cannot get made without you. It cannot get to the big screens with you. If you do not do your job as the editor with making errors, then how might this impact the viewing experience?

MH: If I do not do my job as an editor, then it makes the viewing experience spikey. It would take the audience out of the experience to the point where they would not be able to extend their belief. They would get taken out of the situation, and it would not feel real. The whole thing people say about editing is that if you do your job properly, then it is invisible when people do not notice it. It is often true, but not always. If people start to notice the edits negatively, then I have not done my job properly.

ATM: Describe your internal and external experience when watching a film.

MH: It has changed since doing this job. I start to think about the technical things that are on the screen. You start to analyze the edit and think about it. If the person who has made the film has done a good job, then you can ignore work part of your brain off and just stink into it and enjoy it. The longer I do the job, the more difficult it is to not go into an analytical mood. You cannot quite switch off and not watch like someone not in the industry would watch it.