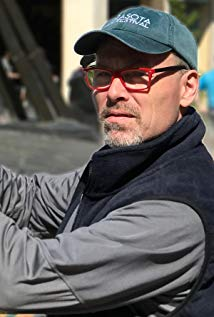 Adam Reist Talks ‘Dare to Be,’ the Definition of Success & ESPN

Reel 2 Real on December 25, 2018 0Likes At The Movies
ShareTwitterFacebookInstagram

Adam Reist’s daughter, who’s in 8th grade, was looking for something athletic to do. This led to rowing and changing his daughter’s life. Reist made ‘Dare to Be’ to show people that success comes in different ways and it is not just marked by wealth, power, or even fame. Success is granted by accomplishing goals as simple as running a marathon.

ATM: I am going to do something different. Let’s play a game. I’ll say, “Dare to be” and you and I will fill in the blank with a word.

AR: I dare to be Dirty Bold

ATM: I dare to be Authentic

AR: I dare to be Sincere

ATM: I dare to be True to my Passion

AR: I dare to be Honest

ATM: I dare to be Different

AR: I dare to be Myself

ATM: Did you ask yourself this question when naming your film?

AR: Yes. It was the idea and of the people I was following in the film. They were all doing what they dared to be. So, yes, I did indirectly come up with this same thing. The big part of the movie is how one defines success. Success can be defined in a lot of ways. I feel success in society is sometimes not always defined in the healthiest of ways. You can be successful at a lot of things than just being wealthy and famous. One of the things I loved about doing the film is that someone’s success can just come out of a daily goal or they just happened to go faster that day to achieve something. They were just daring to be themselves or doing the best they can do.

ATM: So, they became in competition with themselves?

ATM: When making this film were you at any moment in competition with yourself?

ATM: How have you found yourself through the mistakes you have made as a filmmaker? Do you feel like you are still finding yourself?

AR: You are always. This is what makes you a continuing better filmmaker. One of the biggest mistakes is worrying too much about making mistakes. You have to be okay with failing. You have to take a risk and jump into the abyss not knowing. You have to hope you come out on the other side okay. You learn a lot from jumping in and taking those risks. Sometimes it is a failure, and you learn it did not work. A lot of times if you tried something and it does not work, and it looks like a failure on the surface. It is often a lesson. It is like the layers of the cake on a tapestry. It is teaching by layers of how to get to that success. If you did not have the failures to take you there, then you will never achieve this success.

ATM: Right now, what is your definition of success?

AR: It is to be able to feel like you have given your all to something. Whatever you gave your all to, you sit back and say you gave your all to it. This is a representation of what I can do. Success is being a good person and doing all of this and keeping your values. You achieve by being truly who you are and staying true to yourself.

ATM: Six months ago, I was asked this same question. I answered with an answer that did not make sense now looking back. Six months before that, I thought it was fame and money. Now, to me, success is when you are in a pool of no’s and you manage to get out. It is convincing people that your vision or passion works to make a difference. When this convincing becomes a yes, then it is a success. Success is the internal feeling that dictates how success will impact your life visually. It is not external. It is not materialistic.

AR: True success is defined by yourself. If you can be successful with something that is not defined by the outside society, then this is truly being successful. After completing the film, I was so inspired by the women completing their journey. A year ago, I saw my roommate from college run in the New York City marathon. My wife was joking about me running, and I said nah nah. I said I was not a runner, and this is something I have not done. I looked at the faces on the people that finished. They had pure exhaustion but had a face of achieving something in this sport. I had not experienced this feeling for a long time. I had seen these women do this. I spent a year learning this. I ran a marathon last month. People were asking about time. It was not about time. It was about finishing the marathon. I felt it was tremendously successful. You are not defined by the outside world.

AR: I agree with this. I enjoyed the training process honestly. I have so many amazing memories over the years. I was training because I was trying to run a marathon. I was not training to be successful that day. I looked back at this time feeling very fulfilled by it.

ATM: What was your observation of seeing this in the women that ran?

AR: I shot the film for 3 ½ years. I followed my daughter and people from her high school who were rowers. I also followed the Yale, Virginia, and California women’s team. I followed two women trying to make it back to the 2016 Olympics. I have no idea what these guys are going to do when making the documentary in real time. This is not a historical documentary. I do not know if they are going to make it back or not. This goes back to our success question. None of them achieved initially what I thought they were going to achieve. All of their outcomes were so much better for them and the film. I know for my daughter’s standpoint, and Abby’s, who is one of the women who I followed from Yale, their outcomes became major defining moments to their growth as people. Their journey and what they learned made it a better film. I learned tons.

ATM: People want notoriety but stop when life catches up. They stop because the journey is hard. A lot of people stop in the middle of the journey. It is the biggest thing as you said. This is the process that is talked about in memoirs, filmed in biopics, and that other things are based on. The notoriety and the success factor become minimum once you immerse yourself deep in the journey. You do not think of it.

AR: This is exactly what the film is. This is one of the things that attracted me to the film besides my connection to it. Rowing is a sport that has a lot of work, and you are doing it for yourself. You can become the most successful Rower in the world. The rest of the world and pop culture does not care. You can win a medal and still show up the next day looking for a job. You are not going to get famous or get on a Wendy’s box. It dives into the direction and idea of it being a journey.

ATM: Would you agree that a real successful person does not see or understand why they are successful? They go along with it because putting a camera in their face is the world’s definition of it.

AR: You look at these athletes, actors, and musicians and see they are not very happy. We think they are successful, but they are not. They are chasing something, or they are having to make sacrifices and not being who they are and be what society is calling successful. They are not allowing themselves to become internally successful, because they are letting someone else define it. This can make them feel unsuccessful.

ATM: I believe the true internal feeling of success lasts for one second. Maybe five seconds. To be truly successful it is a lifetime project. You have to keep working at something. When an NBA team wins a championship. They celebrate. The next morning, they mentally think about the next season. It is as if that excitement and that moment of success are over or that it has seized. It turns into memories. For this one second, your internal self meets with your external self, and it is like “good job.” But to keep feeling like that, you have to keep going.

AR: If you are not careful, then this feeling becomes a drug. You are chasing it. If this feeling gives you satisfaction, then it gets dull. It will not feel good the first or second time you did it. Now you have to do something bigger, or in your mind, you are not as successful as you were before. The act of trying to feel successful is making you very unhappy.

ATM: Explain your relationship and the work you did for ESPN.

AR: I first started working for ESPN in college. I went to the University of North Carolina at Chapel Hill. ESPN would hire college students to work basketball and football games. I would run the mic on the basketball floors and the football fields. I worked the Ranger games when living in the city. I work MSG and ESPN. I stage managed for them. I did this for a few years. These were the biggest things.

ATM: How did you bring forth their models when documenting a game?

AR: Being around a network like ESPN and being a part of it rubs off of you. You are constantly learning from top shooters and top directors. You talk to the athletes sometimes. You see what works and how to best cover a game. I heard the director in my ear while shooting. At the end of the day, it is still a story. You have to make sure you are telling and are aware of the story. You want your audience to be a part of the story. This is whether you are covering basketball, rowing, or football. Who is the running back? Who is the wide receiver that just came back from an injury and was out for the last ten games?

ATM: Why do you feel men are stereotyped to always liking sports?

AR: It is changing. Women have not had the opportunity. If you are a little kid and see a kid who is older than you, then you want to do what this person does. If there is someone not like you doing this, then it is harder to adjust to this. It is great women have more opportunities. You see things like the WNBA. Girls can look up seeing Serena Williams and want to be just like her. When they are doing the sport, then it makes them more interesting to do it. If you do not have the role models, then it becomes a catch 22. You either do it or not. Culturally little boys were taught to go out and play sports. This is what they saw.

ATM: I dare to be an Innovator.

ATM: I dare to be a Trailblazer.

AR: I dare to be Unconventional.

ATM: I dare to be a Role Model.

AR: That was a good one. I dare to be Unique.

ATM: I dare to change the world.

AR: I dare to be someone who makes a difference.