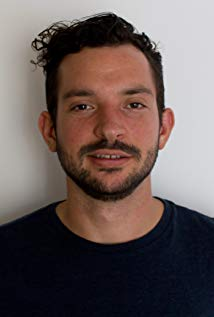 Reel 2 Real on December 26, 2018 0Likes At The Movies
ShareTwitterFacebookInstagram

Blair Macdonald directed the film Team Khan, a film that follows British boxer, Amir Khan, as he prepares for the fight of his career. Macdonald takes us on a journey to better understand the sport of boxing and what it means to get back up to keep fighting.

ATM: How do you possess the same endurance seen in a fighter as a director?

BM: The correlations in this film was quite a long game. It was more about the endurance. This is a film that 2 ½ years of filming and a 1 ½ year in post-production. It was two of us, and we were pretty much a two-man game with Oliver Clark and me throughout the production period. We worked with a small budget. Boxing is one of the sports where there is no guarantee. We knew the film needed to be on the fight win or lose to end on. This was the correlation, and it was more about the process with the film. We did not understand boxing when starting the film.

ATM: What ways you showed the essence of life in this film and in your directorial style?

BM: This film is about Amir’s life and everything around him. There themes in the film about family, religion, and the desire to leave a legacy. We can relate to this and wanting success. There is ambition and a human spirit in all of us. We want to leave a mark on this world. Amir’s story was no different. We were set in the backdrop of his fame, religion, and family. This is something we wanted to bring out. We did not want to focus only on the boxing. It was more of a character study of Amir as a person.

ATM: What did you observe about him balancing his career, family, and religion?

BM: Like any person, it is always struggling with finding this struggle. This family has been very involved in this career. There is an overlap, and this creates tension within the family sometimes. He does not want to be speaking to his dad who is his manager, but to his dad. There is an overlap of your dad as manager. You have a different relationship than other people do with their dad. Amir went to the Olympics at 17 and won a silver medal and came back to become famous quite early in his years. A lot of this fast-tracked his years. He spent every weekend with his dad since he was eight.

ATM: Why did you think he keeps fighting regardless of what is against him?

BM: He does not know anything else. He has been fighting since he was a little boy. Boxing has given him everything. It is his career and source of income. He is very knowledgeable in this one subject. He will struggle to find things outside of this world when he retires. He will continue his career in boxing as a commentator or something else. He enjoys the physical nature of this sport and the lifestyle around it.

ATM: What do you see in someone who loses a fight and keeps going?

BM: Amir has lost some fights. This is a clear indication of a fighter’s character. Amir suffers a dramatic loss at the end of the film. He was knocked unconscious in front of people. It is terrifying. He had a concussion. This is no different than getting into a car accident.  This is a very serious sport where you are putting your life on the line every time to go into the ring.

Inside ‘The Hummingbird Project’ with Pierre Even