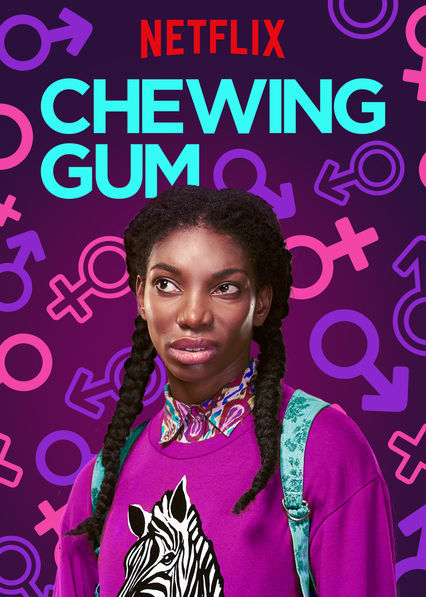 Interviews on January 11, 2019 0Likes At The Movies
ShareTwitterFacebookInstagram

Josef Altin plays Ryan in season 2 in Netflix’s Chewing Gum. Altin surrounds himself with sensible characters and comedy that shapes the British comedy style by putting a unique twist to the preparation of what goes on behind the scene.

ATM: What can one understand about the role of your character?

JA: I played a twenty-year-old young man called Ryan that lived nearby on an estate with his mum. He finds it hard to find work because of his criminal background, so he works for his stepdad sometimes which is Tracey’s father’s furniture removal company. Work is up and down, so Ryan is always looking for other easy ways to make money to survive.

ATM: What is a day of shooting like?  How you continue to immerse yourself into life?

JA: You get picked up by one of the production drivers or taxis in the morning. You get driven to the base where you got the production trucks, makeup and hair trucks, costume trucks, and the trailers for the actors. You are met by the 2nd AD who welcomes you and shows you to the trailer. They tell you that the call sheet is in there for you or they hand you one. The call sheet has the times to be in hair and makeup and when to get into costume. The ADs always make sure you are where you need to be because sometimes, they might want you to get ready earlier or later than that time. So, in the meantime, they ask you if you want breakfast and usually, you can get something to eat. Once the time has come around to see hair and makeup and get into a costume, you typically have a bit of time before you go to set to rehearse and film.

When you get to set, you have a rehearsal with the Director before you do a crew showing which is mostly everyone who has to be behind the camera when filming. Or a closed set just requires the minimal possible crew in the room to make it more comfortable for the actor if there’s a tiny bit of nudity going on for a bit of the scene in which one of our scenes had in Chewing Gum. You would then get ready to block the scene and have another rehearsal with our sound packs attached to our waist or attached to our ankle to be prepared to shoot the scene. Once shot, the Director decides if they want to go again or not. If their happy and everyone else is happy, then they move on. If not, they continue filming with the amount of time, they got left to get what they need.

ATM: How did the behind the scenes affect your experience as an actor?

JA: When they are happy, we move from a wide angle to the characters point of views. Once the cameraman, sound, and others have captured every actor and their happiness with the scene, we move on with the other scenes on the schedule for that day. And if you still got scenes to do, sometimes they’re right after each other, or sometimes you have a little wait until you are on set again. Everyone breaks for lunch and goes back to set after or waits at the base until you get called again.

When filming has wrapped, you go to makeup and hair to clean up. Then you get changed in the trailer you’ve been put up in and hang your costume up for the costume department at the end of the day or leave some separately for the wash. Once changed your transport usually has arrived to take you back home and you get handed a call sheet or get told a call sheet for tomorrow will be emailed to you soon or tonight for tomorrow if you got any more scenes.

ATM: What is your connection to your onscreen character in comparison to the main character?

JA: My character Ryan is the stepson of and worked with Tracey Gordon’s real father part-time. You find out in a later episode 6. But for now, Ryan was first seen hanging about smoking against a wall on the street near the estates in series 2 episode 5. Cynthia spots him and likes the look of him. Cynthia went up to Ryan and said she was lost but she was lying. He directs her, but Cynthia wanted him to take her. They get to the flat and Cynthia asks Ryan up into the flat. Once inside she asks Ryan if he wants to have an alcoholic drink while Ryan looks around at the room surrounded by the message of “I love Jesus.”

They have some awkward small talk and Cynthia comes out and asks him if he wants to have sex. He finds this really weird and he thinks he’s being set up by a hidden camera show. But Cynthia is serious and there’s no hidden cameras, so he goes with it as a nonbeliever of him being set up. After they have sex Ryan says he feels tired and goes to sleep and Cynthia goes to sleep in another room with a big smile on her face. When Cynthia wakes up the next day, she realizes Ryan has gone and then notices she have most of the flat’s belongings!

Later, in episode 6 we realize Ryan didn’t know Tracey was related to Cynthia as Ryan and his stepdad has come to deliver some cheap furniture to Tracey’s mum because she was recently robbed. But who is there standing next to Tracey when we arrive with the same stolen furniture?

ATM: Does your character seem to find more jobs to help him survive that are noncriminal or more when they are criminal?

JA: Because of Ryan’s past it’s hard for him to get the job he wants. He does have a criminal record. He’s not going to give up trying to find one as he wants to change his life around. He still results back to criminal jobs only when the opportunity arises when no cash in hand jobs are around. He’s looking into going to college to train for a plumbing course when he gets around to it and survive on any money coming in the meantime.

ATM: How would you describe Cynthia’s curiosity? What is your character’s thought process about women?

JA: Ryan finds Cynthia’s curiosity a bit weird at the time, but he loves her characteristic of acting straightforward. My character’s thought process about women is that he has always been brought up to respect women and to never lay a hand on a woman.