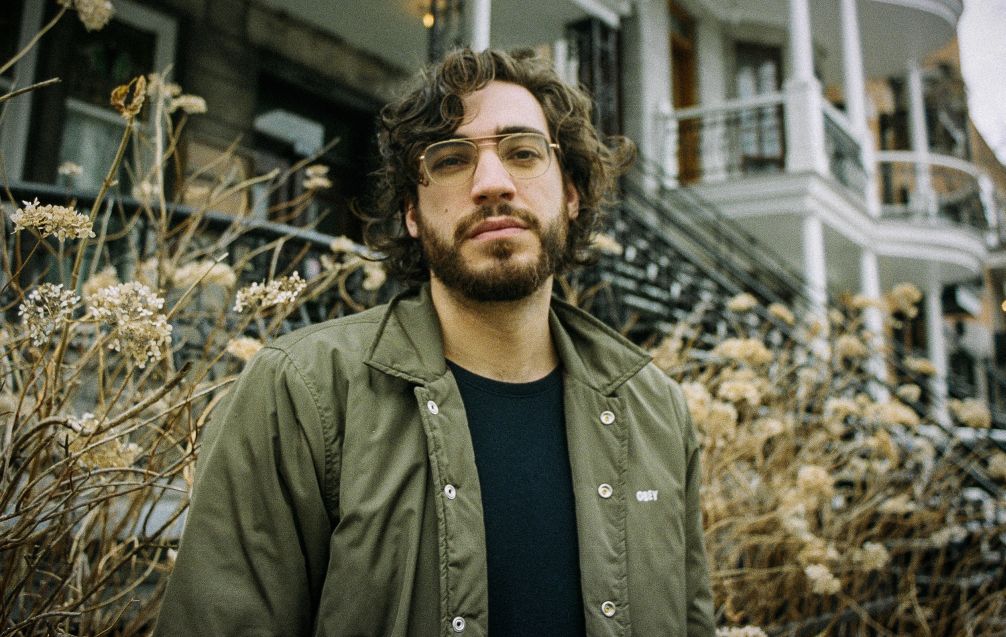 Reel 2 Real on February 27, 2019 0Likes At The Movies
ShareTwitterFacebookInstagram

Jeremy Comte recently earned an Academy Award from his documentary short Fauve. The Canadian film is about two young boys who are obsessed with play a dangerous game with their lives near an explosive mine in Quebec. It expresses the safety of children and progression of freedom in children through the decades.

ATM: The two boys’ behavior in this film can be associated with the Russian Roulette game. This is just a theory.

ATM: Typically, there is always a winner and a loser in a game. So, when people are playing a game like these two boys, it can be seen as a game of Russian Roulette. Who is the winner and loser out of the two boys?

JC: This is a good question. It is crazy that you used this analogy with the film. There is one scene in this film where the boy says, “he has been with a Russian Roulette.” I do not even know if you’ve seen the film. It is almost the same energy. The view of masculinity where the boys want to prove themselves. It is a tar game that is between them. It is not important who wins and does not win. Some signs say these guys are not in the right direction. They jolt around with this and push in this direction. It ends up becoming a tragedy.

ATM: What is your analysis on the boys’ risky feeling or attitude of ‘living in the moment ‘at their young age?

JC: For them, it takes place in the summer, and it is a vacation. This is something they are used to doing. They played around with each other. This traces back to elements of my childhood I grew up in the countryside. I used to do pranks on my friends a lot. I still like to do pranks from time to time. It is mostly laughing, but there are limits to these pranks. You cannot go too far. They wanted to win and to have the feeling of being the boss. There is no such thing. There are no adults around. You feel a sense of the adults. In a children’s world, they feel like a king. They are fading into nature. There was almost this anamnestic feeling that I wanted to reflect in my film. They make themselves a part of nature.

ATM: Would you agree that kids like the ones in this film that step out of the normal stereotype for their age, come out of the kid shell and step into a man’s shell?

JC: Yes. This is also the whole point of the film. You know the saying “Boys do not cry.” A boy needs to be so tough, strong, and show no emotion. Boys are taught this when they are young. This is why they are playing this game. This is when it is about masculinity. They could have been honest with each other. They are boys, and they are playing. Tyler who is the main character keeps this inside until the very end. It is a tragedy for him to try letting it go. It is beautiful to see a man cry, to be honest, and to show his emotion like this. It is very human.

ATM: If you take the dangerous aspect out of this equation, then is it still considered an adventure?

JC: Danger can be everywhere. For them, the adventure is to explore old emit places. Even when they were in quicksand, they are exploring the mines. From the beginning, they are playing with all these things. One of the boys fakes it and falls from it. He also fakes his death. There is no quicksand or nothing. We know they are on this adventure. We know the boys have nothing and are not injured at all. When you are reckless like them, something can happen at any time. You just do not know exactly what.

ATM: What are the stereotypes surrounding the mines in this area?

JC: We shot in a town three hours from Montreal. There a bunch of productions. There has been a bunch of different projects on it. All of them are pretty different. There is not one stereotype you can go on. There have been features films about the workers and mines. There has been some about the kids, surreal, and more about the 80s. The Stranger Things type of feeling of the things that happen there. For myself, it is such a different tone and energy of anything that is shot there. I never saw something that has been done repeatedly. People find it a fascinating location in the place that we found, no one shot there before. We found a special one. The owner of the mine was open and helped us. We built a road there. He was flexible with us because no one really shot there.

ATM: These boys seemed to be used to this type of fun or playing in this type of situation. What could be considered dangerous to most is viewed as relative to them? This is not even involving their ages. Them being naïve or not knowing anything. An individual who did not grow up in this environment could think differently than these boys because this is not a life they live.

JC: A lot of adults told me when they were young, they played around the mines. Now it changed; there is no trespassing. Adults told me their kids go to play there. There is control in our society now. I remember when as a boy, I would leave for hours. I would go to explore with my friends. We would go so far in the woods and get lost. Our parents would be so chilled with this. It was not a problem, and it was whatever. I am talking to my adult actors, and the parents who saw the film would be scared if their child went off on their own. Times have changed. For this film, it was not about the location. I wanted to put a temporal feel to it.

ATM: I just had an epiphany. The definition of what an adult would view as a danger, would you agree to children it is considered freedom?

JC: Yes. Today it is considered a danger. This is from what I have seen. I am not a parent. It puts clearer limits of where you go or not go. Trespassing is almost criminal. It is seen as the most dangerous and forbidden to be trespassing in a place. I was reading an article that was in the United States and not Canada. It was about some kids who came out of school. They jumped over the fence. They wanted to take some time to explore. They were caught by police. They ended up being thrown in jail. They are served with criminal trespassing.

ATM: It is throughout the world and in some countries. Today, it is so much easier for a kid to get taken or lost before it was not a lot of gadgets or technology to get to things. You mentioned your mother letting you go out in the woods. At this time technology was not as advanced. Someone could not do anything. Whereas, today anything can happen to children more with a snap of a finger. Their exploring is over once they get caught. On the opposing side, the authorities are doing their jobs.

JC: Even in the town where I come from, most people knew each other. Now there are some stories of tragedies happening. We cannot give that much freedom to children because something bad will happen. It was imaginary, but now you imagine tragedies like this.

ATM: Because of technology we know the intentions of children. They have put up more signs for no trespassing. The cops know where to wait. If you do not protect the children of today, then there is no generation — no future for anyone to move forward.

JC: It all comes with limits. There is a limit like you cannot go over the fence. It is a private property, illegal, and not good for you. It has to be established. Sometimes it is a freedom box of putting on real limits. Too much freedom can lead to tragedy.

JC: Right. It is no limits. You cannot go on forever. Life is always about balance and needing your balance.

ATM: Do you live your life arbitrarily or do you have some sort of balance?

JC: I have always tried to have a balance. This is the journey I have experienced and tried to understand. For me, it comes from my dreams. I always saw myself play in quicksand like a little boy and having anxiety. There was this feeling of feeling trapped. Sometimes you can get too much freedom and feel trapped, almost like getting squeezed. Growing up I tried to learn about myself and know myself better and work on mental health. Also, on what we carry on from our child self to our adult self. Tried to understand your childhood because it is very important. The Buddhist always comes back to this, trying to find your balance. Everything is subjective. There is no absolute truth. Understand yourself.

JC: It is more about understanding limits and things. This is important. To respect your limits. This goes both ways. Also, to not let people into stuff that is very personal to you. You should feel comfortable and be extremely kind. On the other side, you need to respect people. It would help if you were open and understanding to people and know where they are coming from. You need to respect yourself and not forget yourself in all of this. This is something I come back to all the time