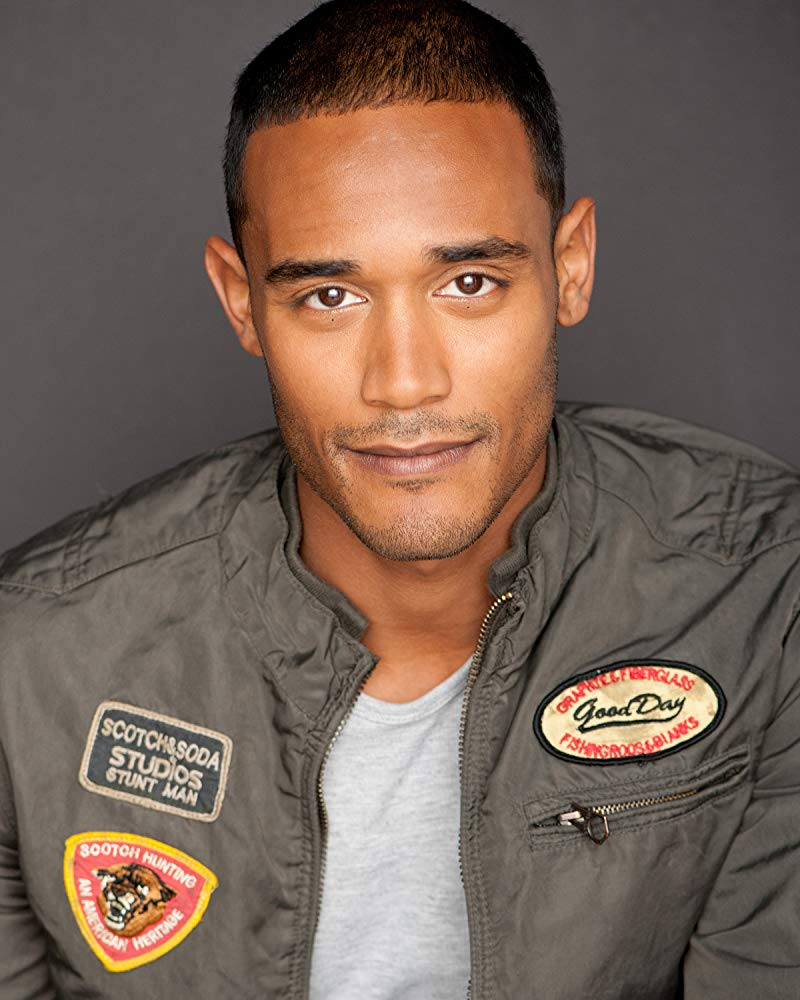 Interviews on March 11, 2019 0Likes At The Movies
ShareTwitterFacebookInstagram

We all can use a good laugh. Laughter is the most contagious emotion a person can have. Actor Aryeh-Or, who plays in the movie A Madea Family Funeral, discusses laughter and its comedic significance in Tyler Perry’s franchise.

ATM: Give a laughter analysis based on what you saw in the film.

ATM: I did not mean for you to laugh.

A-O: A laughter analysis? I have never been asked to do a laughter analysis . . . Well, as we all know, Tyler does a great job of making awkward situations funny. I laughed out loud hard, HARD, the first time I got to see my scene. It is such a family affair on Tyler’s movies. Everyone is cutting up and just having the best time even when the camera is not rolling. It is like a big black family reunion all day every day at Tyler Perry Studios. The levity translates into the work, into every scene even when we are doing something dramatic.

ATM: There are different arcs of laughter. A lot of laughter is nervous laughter, or it is a filler for not knowing what to say. This can be hard for other people to figure out whether they are laughing with them or against them. A lot in this work and this film, the laughter comes in when there is a moment of realization. You see more of the laughter during the ‘coming together’ scenes. No one is going to laugh at serious moments if they do, then someone looks at them saying be quiet. Laughter is a code of saying we are alright.

A-O: That’s a great way to say it. Even in an argument with family, often something funny will slip in there and break the tension if only for a moment. You are right, laughter can be akin to a code for ‘we are going to be okay’. As long as you come out with a laugh in the end, you have resolved. But as you said, there are many kinds of laughter. Nervous laughter is a real thing and can get very awkward. Then there’s that “Oh that is fucked up!” kind of laughter. We laugh at something when it goes wrong. When you see something like a face-plant on Instagram, you laugh. This is genuinely messed up, but we laugh, nonetheless. Laughing at others pain allows us a mechanism to release some of our own.

ATM: Yes, I agree as seen in this film and in general. A lot of comedians laugh at their pain, and we also laugh. But is this such a good idea to laugh at someone’s pain?

A-O: I don’t think it’s necessarily a good or bad idea. I guess you could question whether you should laugh at someone’s pain but making light of terrible happenings is a comic device that has been in use since the beginning of comedy. It’s not necessarily indicative of a lack of empathy. When we go to the movies or to live theater, we are there to have a cathartic experience in a safe container of a fictional reality. If the same circumstances were happening in real life, most of us have the decency to say, “We are not going to laugh at these things.” Most of us would try to help, to offer a shoulder to cry on or help pick someone up and be of service. Because we know we are in a fictional reality we have a different reaction. Humor. To find humor in tragedy and tragedy in humor is the art of dramaturg. In fact, laughter and crying are almost the same in terms of the physiology of what our breath and neurological systems are doing. It’s all healthy release.

A-O: Definitely. We all know the old saying “Laughter is the best medicine.” It makes me think about the original Mary Poppins. There is a song where they sing “I love to laugh long and loud and clear.” They start to float in their chairs because their energy is lifted, and their load is lightened. This is a great visual representation on the weight we carry upon us and how it is lifted by laughter. We touched on the physiology of laughter earlier. Did you know that we can trick our brains into happiness? If you put a smile on your face, even if you are in a bad mood forcing yourself to smile will stimulate your brain chemistry. It will start sending serotonin. Your mood will change, just from smiling.

Drama makes us face our skeletons. Comedy helps us temporarily forget them. This is the gift comedians give the world. It is a complete dimensional shift from our worries and cares. When you have a smile on your face, when you are laughing, it is impossible to think about all the negatives. If you are thinking about the money you owe or another form of burden it is very easy to fall down the rabbit hole of what is wrong. One problem links to another and another like they are all tied together in this web. But when you are in the space of joy and laughter, none of this seeps in. It allows us to just BE. We live in a society that is all too often dominated by worry, doubt, and fear. In the space of laughter, there is no fear.

A-O: Right. It is often said there are only two human emotions from which all others stem. Love or fear. In comedy, we are consistently in love.

A-O: I would say most often you say in that elevated frequency for a while. It is not like you leave the theater and there is a dead halt. This magic that we create and allow ourselves to get drawn into stays with us for a while. Most often when we leave the theatre or turn off the TV, we don’t automatically think about the things that worry us. You have a happier walk or drive home.  The guy who cuts you off in traffic is not going to bother you as much if you came from the office having a bad day. If you just came out of a comedy, then your capacity for love and empathy is in a heightened state. Your tolerance for everything is restored.