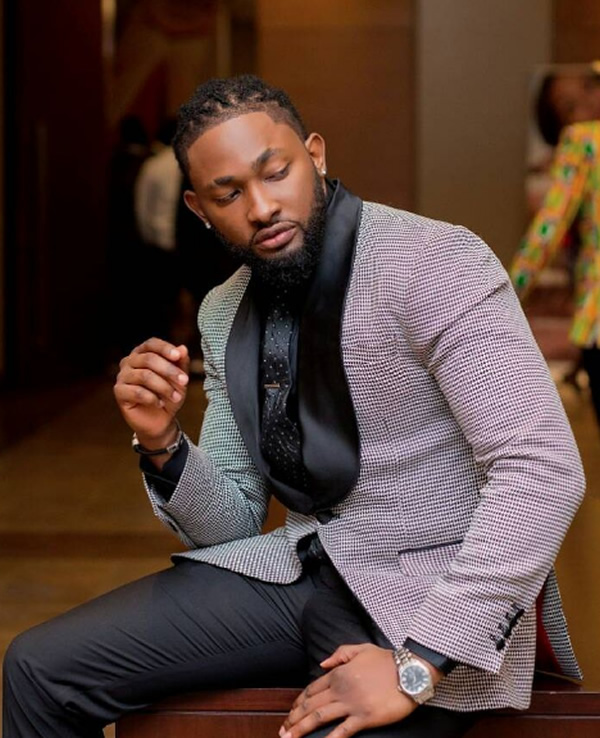 Interviews on April 3, 2019 0Likes At The Movies
ShareTwitterFacebookInstagram

ATM: Is a film made in Nollywood considered a part of it?

ATM: It could be an independent film.

UN: All the films are from Nollywood. They must come from Nigeria. Nollywood is not a studio, but it is the Nigerian movie industry. It is just like you have Hollywood and the films in the American film industry.

ATM: I understand, but there is a difference with what you are saying compared to how America operates. Not all films made in America are a part of Hollywood. So, you are saying that any film made by anyone in Nigeria it is a Nollywood film? Right?

ATM: It does not work like this in America. If I am a woman who made a film or have this film right in front of me, then I am just an average woman viewed as an independent filmmaker with a film in my lap or on my computer. I would not be considered a part of Hollywood.

UN: I think it is about studios. But even as an independent filmmaker you are a part of America. We look at it as still a Hollywood production. It might not be a studio production; it can be underground, but if it is shot, directed, produced in America then it is a part of the American film industry because it was made in America.

ATM: Some people do not see it like this. People try and aim all their lives to be in Hollywood as a director or work in the other sectors. You have to go through film festivals and do other things. Each person’s path is different.

UN: This is interesting.

ATM: No, your view is interesting. It seems like in Nigeria this is not the case.

ATM: How is the representation of conversation about intimacy viewed in Nollywood?

UN: We are pretty reserved. There is a new open-mindedness with the country. You must go through relevant bodies to get approval. If it is to sexual and explicit, then they are not going to approve it to get broadcast. It is a huge topic and sex is well discussed. It is sort of like in a PG type of way. We are not to sexually explicit, but some movies cross this line. We are seen as a religious nation. So, people are very careful about what they put out there. Some movies have touched on the conversational sexual subjects. It is not common.

Nudity is not big in the Nollywood industry. If you have nude scenes, then it will raise an eyebrow. It is where Nollywood was at the back in the day before people started flashing breast. We are still here. We do not have realistic sex scenes as we see in Hollywood. We are very conservative with how we deliver sexual topics. We are a country that feels you do what you do inside. It would help if you did not wash your dirty laundry outside. We are very sexual, risqué, and daring people, but the Nigerian way is not to be so out.

ATM: Do you believe the Nollywood films portray what is exactly in society or the hope of what their society should look like?

UN: It is just like Hollywood where everything is exaggerated. They are influenced by society, but it is not exactly what goes into society. The thing is realistic. Most of the things showcased in Nollywood movies represent things that can go on in our society. Initially, the movies were about exactly what happened in society. They were based on true life events back in the day. The industry with growth and spreading their wings allowed people to start bringing more out of the ordinary stories. They were influenced by real stories but exaggerated.

ATM: How would Nollywood put 3D features and visual effects in their work gives a new perspective on their productions?

UN: Nollywood does engage in visual effects and 3D now. It is a part of the new development going on in our industry. We all grew up watching films in North America, Asia, and Great Britain. We have always been influenced because we watched international films. It was only a matter of time when we started implementing our technology. The new wave of crew members coming up shows that a lot of people have been studying these films. There are some impressive movies. It is beginning to make us look serious and important.

ATM: What are strategies or tactics that an American filmmaker can borrow from Nollywood?

UN: To start casting more African roles than trying to make do with the Black Americans. They should have a real African accent and cultural heritage. They should take a trip down here and learn the lesson and not just what they heard. Be a part of the culture. You try to represent a Nigerian, but you bring an actor who knows nothing about our accent, behavior, or narratives. If you cast British roles, use Chinese people or Japanese roles, then it is only fair that you cast Africans for the African roles.

ATM: With there being no gender bias prevalence in Nigeria like in America’s film culture, how does this change the perspective of how Nollywood perceives themselves?

UN: There is no gender bias in terms of pay and roles. Nollywood is fair when it comes to this. There is color complexion bias in the sense that a lot of lighter people get more roles than the dark skin people. This was when we first started. People became more realistic. The different shades of skin color are starting to get represented. The women get paid like men.

ATM: What ethnic group you belong to in Nigeria?

UN: I am from the south. I am a part of the minority group. I am from the Delta, group me with the Edo people. We migrated from the East to the South. The river Niger separates us.

ATM: What does a society look like when oil is a prominent factor?

UN: Back in the day everyone tried to get a job in the oil company. Now it is over saturated. So, people have explored other options like entertainment, media, fashion. They had to turn to other alternative sources because of unemployment.