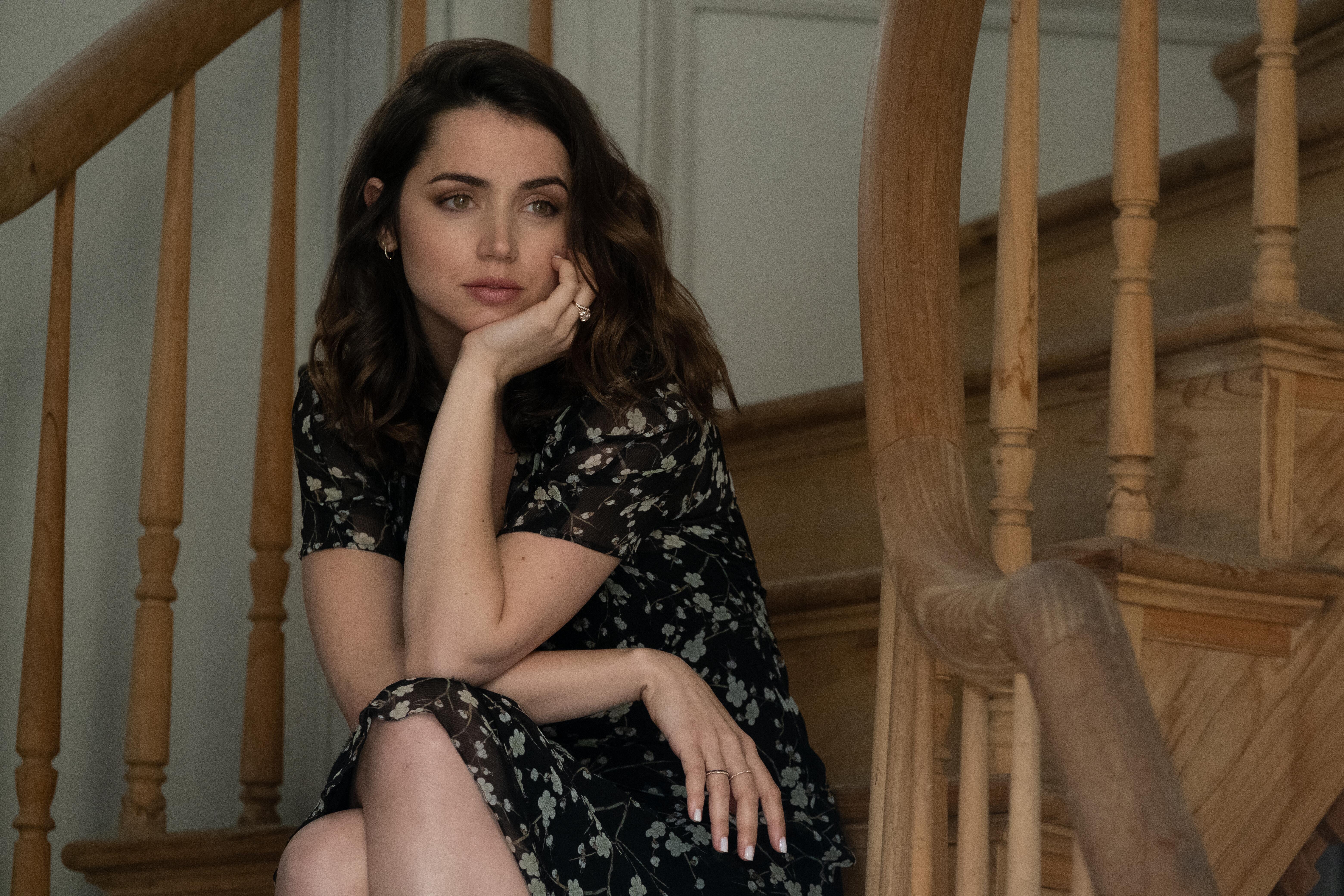 Movie Reviews on March 16, 2022 0Likes At The Movies
ShareTwitterFacebookInstagram

Vic (Ben Affleck) and Melinda (Ana de Armas) are in the midst of what you may call a stagnant relationship. They don’t sleep in the same room, they play psychological mind games on one another —— even their child senses that something is up, and Melinda blatantly cheats on Vic in front of his face at any house party the couple, and seemingly all of their affluent friends, attend. Vic and Melinda are a part of the crowd that attends these parties that manage to look more boring than a high school prom. These parties include champagne being forced into your hand right after your coat is taken at the door and the “adult talk” that would put you to sleep at your family’s Thanksgiving gatherings. There’s more of a pissing contest at these parties than a business class full of student-athletes. For example, Vic and Melinda tell another couple that their daughter chose to attend public school over one of the posh academies. This is met with scoffs and passive-aggressive judgment of the decision of the school and to let their young daughter choose her school. Unfortunately, the anger you’ll feel hearing the passive-aggressive nature of these other couples is the last time you’ll feel anything in “Deep Water.”

The film kicks off with us meeting Vic as he returns home putting his bike away and is greeted by Melinda, who appears to be waiting for him. With a face that exemplifies being caught with a hand in the cookie jar, the film cuts and this is seemingly an afterthought. It will come back to the surface eventually, but onto the complex story!

Affleck plays Vic, the husband who is seemingly just trying to keep the marriage together, going as far as letting Melinda cheat on him (I guess most of us would also let Ana de Armas cheat on us). But there is more to Vic than meets the eye, and the film makes it quite clear that he may just be a psychopath. Maybe it’s the same issue that “Death on the Nile” ran into; the source material that “Deep Water” is based on is from 1957 and while the novel may hide Vic’s devilish side with some subtly, it’s pretty clear that there’s some foul play at hand on Vic’s behalf.

Nevertheless, Affleck is one of the great Hollywood actors, thus he is fine as Vic. On one side of the coin, he can be a welcoming human being that you want to crack open a cold one with. On the other, his threats that “aren’t threats” will send chills down your spine. But don’t you worry, as he assures us in the film, Vic isn’t a rude guy, he makes lobster bisque.

You may think that Ana de Armas was the perfect pairing for Affleck because of their real-life romance (“Deep Water” was filmed before they officially became a couple), but their chemistry is a bit awkward. Ana de Armas has such a playfully seductive side to her, and while it comes out in “Deep Water,” scenes between her and Affleck results in as many sparks as competitors on “Survivor” attempting to use flint for the first time. And it stinks because Ana de Armas is such a wonderful talent; her glorified cameo in “No Time to Die” is one of the very best things about the entire movie. Alas, it feels like she is just there for portions of “Deep Water.”

“Deep Water” does enough to ride the waves for an easy watch but really hits some choppy tides in its editing and third act. In regards to the former, certain scenes just end. It’s not abrupt endings for any sort of stylized reasons or to hide twists. Rather, these scenes just end in weird spots. Take the scene where Vic, after threatening him, orders Joel (Brendan C. Miller) an Uber. Once he orders him to leave his house, the scene just cuts. There’s another scene where Lionel (Tracy Letts) goes over to Vic and Melinda’s house with his wife to discuss his conspiracy theories. These theories are the crux of the plot, and after he sees Vic’s snail farm and calls him weird, the scene ends and that’s that. We don’t get any bit of the dinner conversation, no mention of this dinner after this, and it’s strange. It’s like the studio said this movie needed to be under two hours so they just trimmed the fat off of any and every scene which sucks because fat can be good, just look at steak and bacon.

The third act sees someone catch Vic in a peculiar situation. He proceeds to drive off as Vic is in pursuit on a bike. It wouldn’t take Jeff Gordon to tell you that a bicycle is not catching an SUV, but Vic takes a shortcut through the woods, full of steep hills and trees. It’s just asinine to think that Vic would a.) be able to catch up to the car, and b.) go flying down these woodsy hills without hitting something. One rock or branch laying around could have sent Vic to a very painful death. It says a lot when the most realistic part of this sequence is that the person driving the car struggles with autocorrect as he attempts to drive and gloat via text at the same time (don’t text and drive, kids).

Films like “Deep Water” feel few and far between, and for that, director Adrian Lyne should be given some credit. The man also hasn’t made a film in two decades, and it shows at times through his references to make the film feel like it takes place in 2022, such as throwing in references to Venmo and using what appear to be Teslas in the film. It almost feels like Lyne’s equivalent to Shawn Levy’s pop culture references in his two outings with Ryan Reynolds. Ben Affleck gives a good performance, nothing nearly as good as his performances in “The Way Back” and “The Tender Barm,” but the scenes between him and Ana de Armas don’t show the same spark that their real-life photos did. “Deep Water” is an easy watch, albeit a pretty mindless one at that, and I don’t know if that’s enough to justify watching a two-hour film with two of the world’s biggest stars. In fact, the billing of the stars and their history may be the only reason the general public will watch “Deep Water.”