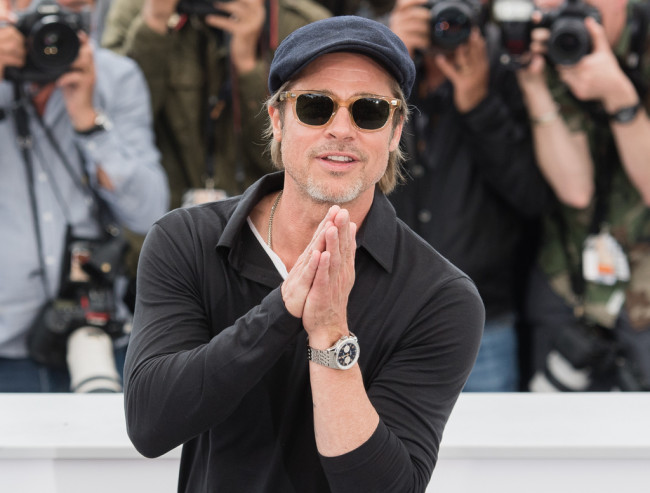 Brad Pitt at the Once Upon a Time in Hollywood Premiere

Festivals on May 22, 2019 0Likes At The Movies
ShareTwitterFacebookInstagram

Brad Pitt attends the photocall for “Once Upon A Time In Hollywood” during the 72nd annual Cannes Film Festival on May 22, 2019 in Cannes, France.

Actor Brad Pitt appeared at the photocall during the 2019 Cannes Film Festival with his co-stars in Once Upon A Time In Hollywood. The film, set in Hollywood in 1969, was directed by five-time Oscar winner Quentin Tarantino. Pitt, also an Academy Award winner, is a member of the Breitling Cinema Squad and was sporting a Premier Norton Edition on his wrist. Breitling CEO Georges Kern and selected special guests were at the movie’s premiere as well as at Sony Pictures’ after-premiere party, for which Breitling was an Official Partner. It was held at the JW Marriott Hotel in Cannes.