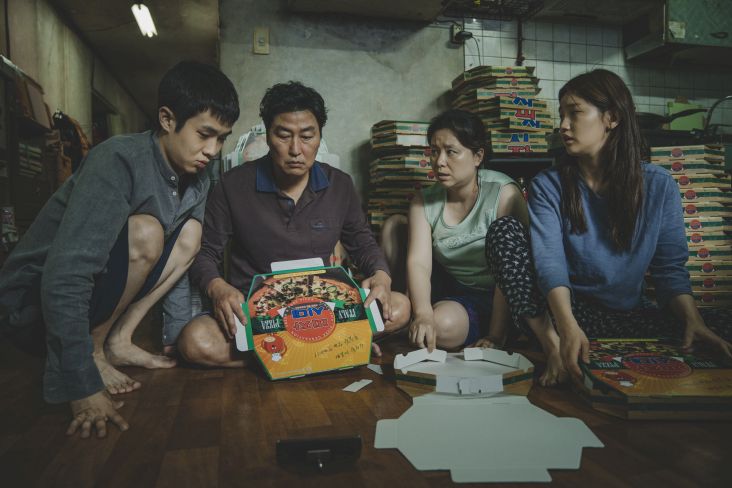 Uncategorized on May 30, 2019 0Likes At The Movies
ShareTwitterFacebookInstagram

NEON, which just World Premiered Bong Joon-Ho’s Parasite to critical acclaim at the Cannes Film Festival, will be releasing the unanimously chosen Palme d’Or Winner on October 11, 2019 in Los Angeles and New York, positioning the title as a prime awards season contender in the international film category and beyond.  The lauded film will receive a traditional arthouse platform release.

Parasite, which critics described as “brilliant,” an “exceptional pitch-black tragicomedy” and a “nerve-racking masterpiece,” marks Bong’s comeback to Korean language film following Okja and Snowpiercer. It is also his fourth collaboration with Song Kang-Ho (Snowpiercer, The Host, Memories of Murder) who stars in the film. Parasite marks the 5th collaboration between NEON CEO, Tom Quinn and director Bong Joon-Ho. Quinn released Bong’s Snowpiercer to become one of the highest grossing multi-platform titles of all time.

Meet the Park Family: the picture of aspirational wealth. And the Kim Family, rich in street smarts but not much else. Be it chance or fate, these two houses are brought together and the Kims sense a golden opportunity. Masterminded by college-aged Ki-woo, the Kim children expediently install themselves as tutor and art therapist to the Parks. Soon, a symbiotic relationship forms between the two families. The Kims provide “indispensable” luxury services while the Parks give the Kims a way out of their shabby circumstances. But this new ecosystem is fragile, and soon enough greed and class prejudice threaten to upend the Kims’ newfound comfort.

Violett Beane on ‘God Friended Me’