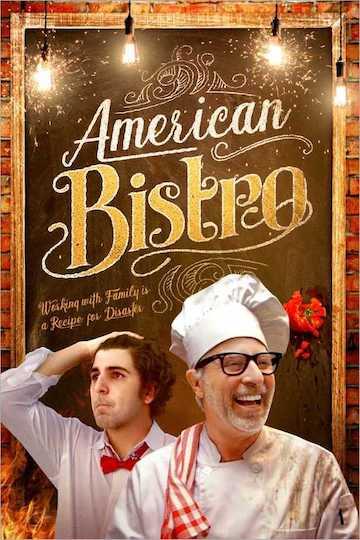 Movie Reviews on August 13, 2019 0Likes At The Movies
ShareTwitterFacebookInstagram

American Bistro Is the Feel Good Movie of the Year

American Bistro grabs the audience’s attention from the start and doesn’t let go until the end.  In the first scene a young man named Edmund (portrayed by Arthur Diennet) is grieving over his past actions and pondering the consequences. He asks that question that we all have asked. The question that is impossible to answer, “what if.”

And the tone is set for the rest of the movie.  Arthur Diennet wrote the script which he also directed and produced.  He takes the viewer on an emotional, but joyous, ride as he investigates the themes of love, loss, anger and regret.

In his state of confusion about life, Edmund turns to his uncle Medor (played by Dinnette’s real life father Marcel Diennet)  Medor is also gripping with loss and regret.

Marcel Diennet is a cinematic genius and a lesser artist would buckle under the weight of the many hats he wore during production.  He joined drama and comedy together perfectly without sacrificing either. The final result is almost flawless.

The few criticisms are almost too small to mention.  A few of the lesser characters are stereotyped. There is one too many vomit scenes. This movie is strong on its’ own and low brow vomit scenes are not necessary.

In the end there can be no light without darkness.